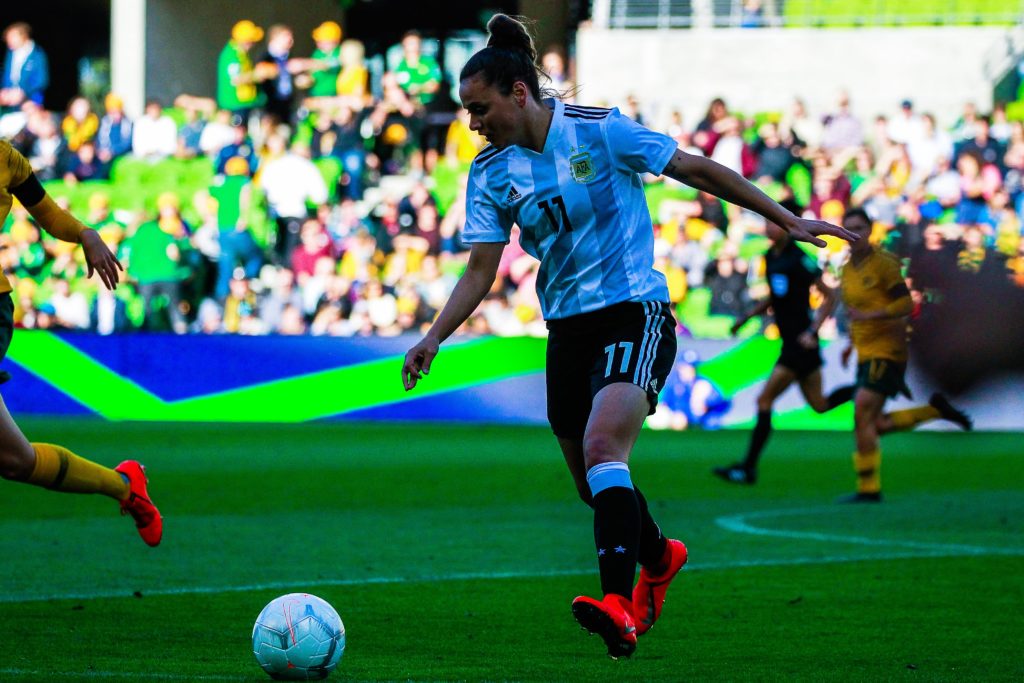 This will be Argentina’s third World Cup, and it will not be easy, having been so underfunded they did not even play games for a long period after the 2015 Pan American Games. They were back in action for the 2018 Copa América, but didn’t qualify for the World Cup through that tournament, instead defeating Panama 5-1 on aggregate in the CONCACAF-CONMEBOL playoff.

It has been 12 years since Argentina’s last World Cup, so they are delighted to have qualified for the tournament after their return to international football. With the seasoned Carlos Borrello as their coach—this will be his third World Cup, too—the Argentinians will play their first game in Paris, with only a few friendly matches and a single season of preparation behind them.

Borrello is putting his faith in a combination of players from home and abroad. The backbone of the squad is the same as the one that went to the last Copa América and competed in World Cup qualifiers. The coach will probably stick to his preferred formation: a line of four defenders, a central midfield triangle (with Estefanía Banini as the creative attacking player), two wide players, and one striker. The players feel comfortable with that setup, although Borrello has not ruled out trying a back three.

There are actually three experienced goalkeepers who compete for a starting place: Vanina Correa (who was part of the 2007 World Cup squad), Laurina Oliveros, and Gabriela Garton. The defense has plenty of experience in the shape of Adriana Sachs, Agustina Barroso, Aldana Cometti, and Eliana Stabile. And there is a smattering of players who have made an impact abroad, such as Ruth Bravo (CD Tacón), Estefanía Banini (Levante), Florencia Bonsegundo (Sporting Huelva) and Soledad Jaimes (Lyon). Lorena Benítez and Mariana Larroquette are a couple of likely starters who play in the Argentinian league.

Hopes are high that a successful performance in France will boost the game back home, as the Argentinian Football Association (AFA) finally announced in March that the 16-team women’s top division would become professional in June.

After a successful first spell in charge between 2003 and 2012 (winning the 2006 Copa América and reaching World Cups in 2003 and 2007), Carlos Borrello returned in 2018. He was chosen to rebuild the team after the long break from playing, and he is the leader of this project, trying to play more friendly games to improve the international standing of the team, a preparation that has proved valuable despite varying results.

Estefanía Banini is the team’s captain, and has had one of the longest careers abroad. The creative midfielder now plays for Levante in Spain, but has also represented Colo Colo, Washington Spirit, and Valencia. She played with boys during her youth before she moved up to the national team, and is dubbed “La Messi,” but she does not like it. She prefers female footballers to be recognized by their own names.

Lorena Benítez, who plays football for Boca Juniors and futsal for Kimberley, is expected to become a mother before or during the World Cup: Verónica, her partner, is expecting twins. Lorena and Verónica wake up at two o’clock every morning to work at the Central Market in Buenos Aires, where they have a food stall.

A brief history of women’s football in Argentina

Although there was a game in La Boca in 1923, and some reports and images of women playing football during the 1950s, neither clubs nor the Argentinian Football Association (AFA) recognized women’s football until the 1990s. The pioneers were a group of women who played in at the 1971 World Cup in Mexico. The final was played at the Azteca in front of a crowd of 110,000, but the competition had little impact in Argentina. It was an “invisible World Cup” organized by football associations outside of FIFA.

There has been a women’s football league in Argentina since 1991, but it has only started to develop during the last five years, due to a growth in participation and the decision of CONMEBOL to only grant men’s teams continental licenses if they have a women’s team.

An agreement was signed in March 2019 to give professional status to women’s football and allow Argentinian league clubs to sign contracts. AFA gives each club a roughly $2,500 monthly subsidy. Professional football was the result of a conflict involving footballer Macarena Sánchez and the Argentinian FA. Sánchez became a free agent and was unable to play for any other club for six months, and she didn’t have any right to compensation. Her personal crisis became the symbol of a collective battle that ended with new legislation.

The 22-year-old Milagros Menéndez left a good impression in friendlies before the World Cup against US university teams. She possesses self-confidence, cunning and dynamism. She is tall and fast, two important attributes. “She has a lot of interest in learning,” say some in the coaching staff.

What is the realistic aim for Argentina in France and why?

An eagerness for revenge and the desire for more exposure fire this Argentinian team, which will have to face three top-20 opponents in Group D: England, Japan and Scotland. Not only do they face very difficult matches, but they will also have to adapt to some impressive surroundings: two of their games are at the Parc des Princes in Paris. “If we arrive in optimal conditions, we will put up a good fight,” says Borrello.

After two years of inactivity, there are no official figures concerning the Argentinian team in 2018-19. There has been an increase in travel investment, but no figures have been provided.

Again, there are no official figures. Teams in Buenos Aires, the only ones who take part in the first division, have their players registered with the AFA, but there are also regional tournaments elsewhere in the country.