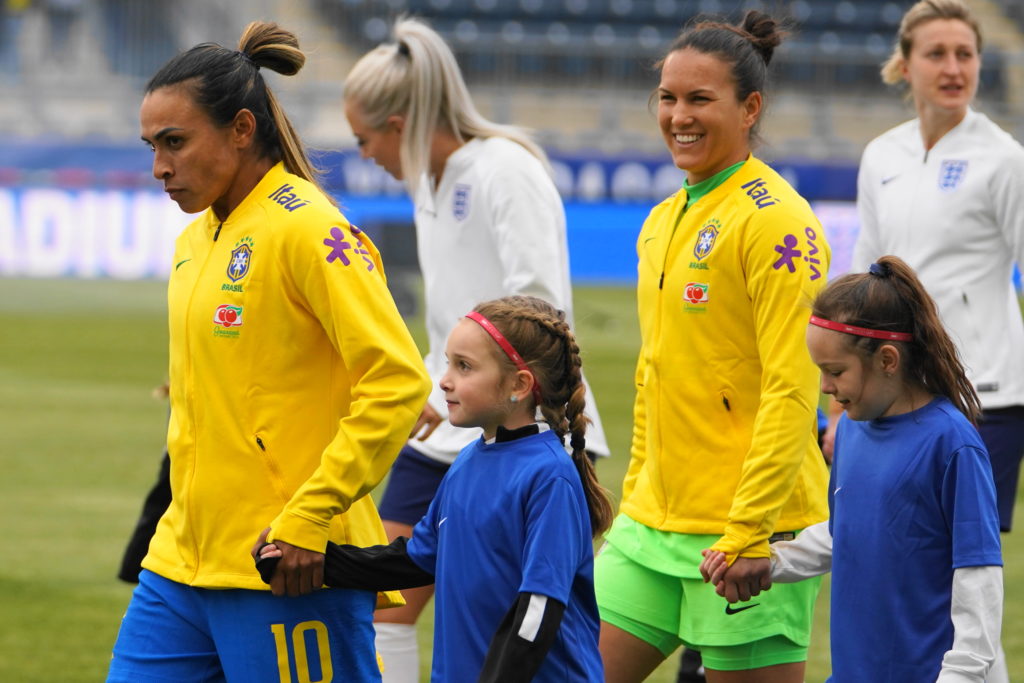 This could be Marta’s last act with with the Brazilian national team and the dream is still, of course, that the GOAT will be able to lift the World Cup. In reality, however, that dream is unlikely to come true.

This is a generation of footballers who have gotten sick and tired of their failures, traumatized by past disappointments—and who are still looking for a World Cup title. The psychological damage has been profound, and this group of players also know that they are being left behind by teams who have improved. Sadly, they are no longer favorites.

Brazil’s form since winning the Copa América in April 2018 has been extremely poor, with the Canarinhas picking up just one win in the next 11 games, losing nine consecutive friendlies. It is true that the Brazilian FA (CBF) lined up some very strong opponents, such as Japan, the USA and Australia, but they did also lose against Scotland.

Part of this is down to the lack of tactical experimentation by the coach, Oswaldo Alvarez, and the fact that he often plays players out of position. In fact, his old-fashioned 4-4-2 appears more fitting for the Premier League 20 years ago rather than today’s international football. The system has made the team vulnerable defensively and also appears to exhaust Marta to the point where she is not able to be at her best in the penalty area.

The defense has struggled without Rafaelle, who has been recovering from a November 2018 knee surgery, and her replacement, Érika, has had a difficult time. There are also concerns about match fitness in the attack, with Hyundai Red Angels’s Bia Zaneratto breaking her fibula, while experienced São Paulo striker Cristiane has had muscular problems and may struggle to be fit for the finals.

That said, there is still a lot of belief in Marta’s super powers and the indefatigable Formiga is showing no signs of slowing down. The 41-year-old recently signed a new two-year deal with PSG and, at the eve of her seventh World Cup. Formiga should also get some help in Brazil’s build-up play by Andressinha, who is set to play in her second World Cup. There is youth, too, in this squad, including 21-year-old Benfica forward Geyse. Sadly, Adriana, who was in the final squad, has been ruled out with a serious injury.

Simply known as Vadão, Oswaldo Alvarez, 62, made his breakthrough in 1992 when his Mogi Mirim team took the São Paulo State Championship by storm with their “total football,” which was likened to that of Johan Cruyff’s Netherlands (although it did help that they had a young Rivaldo). Vadão went on to coach several of the big clubs, including  Atlético Paranaense, Corinthians, and São Paulo between 1999 and 2001. He then managed a huge number of other clubs in Brazil and Japan before being hired as the women’s national team coach in 2014. In the 2015 World Cup, Brazil were eliminated in the round of 16, before finishing fourth at the Rio Olympics a year later.

Vadão left at the end of 2016 and was replaced by Emily Lima, a São Paulo-born midfielder who played for the Portuguese national team and the first woman to coach the national team. When she was dismissed, in September 2017, the CBF opted for Vadão again.

With an extraordinary six FIFA awards as the world’s best player, there is no doubt who the main player on this squad is: Marta. At age 33, the No. 10’s technical quality is still breathtaking, and at the moment, she has no heiress to her crown. She covers less of the pitch now and tries to stay nearer the box, but that is sometimes difficult in Vadão’s system. She is still driven by the desire to become a world champion, but it looks as if the rest of the side is not good enough. 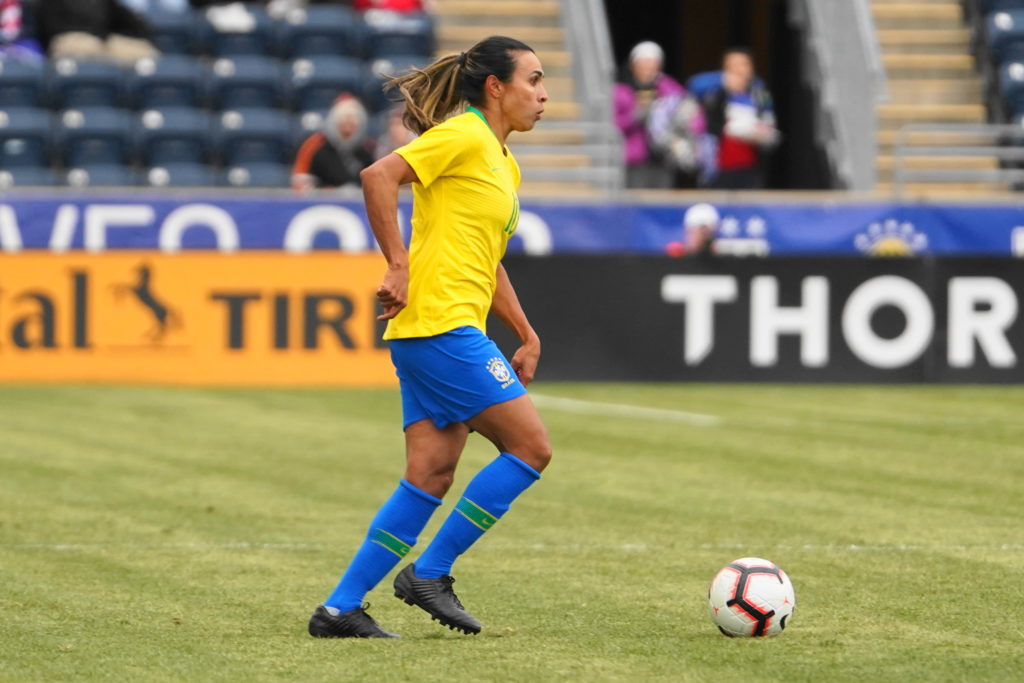 The daughter of a truck driver and a housemaid from the São Paulo area, Cristiane would often neglect her duties at home to play football with the boys outside. She also had an unorthodox way of playing with her dolls. “Everything was a football to me,” she says, recalling how she would chop off the dolls’ heads to play football with them. She always had a friend posted to tell her when her mum was about to come home, but admits that “the dirt on my feet always gave it away.” She was so keen to play when she was younger that she walked 50 minutes to training.

First spotted in Rio de Janeiro as a circus feature in the 1930s, women’s football in Brazil was forbidden by a presidential decree signed by Getúlio Vargas in 1941 that lasted until 1979, which stated that football was “incompatible with the conditions of the feminine nature.” It was only in the 1980s that women’s football took off and started to spread.

The first national Championship started in 1983 and lasted until 2003. After a three-year hiatus, the tournament became the Brazil Cup, and many different formulas have been tested since 2013. Huge progress has been made, though, and the top league now consists of 16 teams, with all the men’s teams obliged to have a women’s team if they are to keep their professional license. This requirement led to some of the bigger clubs joining forces with preexisting women’s teams.

The national team made its debut in 1986, against the USA and China, after which it took them years to play again. Brazil have played in every World Cup, finishing second in 2007. The Canarinhas have also brought home two Olympic silver medals, from Athens in 2004 and Beijing in 2008.

The striker Geyse has scored 49 goals in 27 matches for Benfica and is only 21 years old. There might be some questions about the level she is used to performing at, given Benfica are in the second tier in Portugal and had some lopsided victories last season (32-0 against Pego and 22-0 over União Almeirim)—but she was also the top scorer at the 2018 South American Under-20 Championships, with 12 goals, and now looks ready to impress at the senior level.

What is the realistic aim for Brazil in France and why?

The combination of Brazil and football always leads to huge expectations, but reaching the quarterfinals would be an outstanding result. The round of 16 seems a fair bet as they face Italy, Australia and Jamaica in the group stage.