Following the surprise sacking of head coach Alen Stajcic amid allegations of a toxic and stagnating environment, significant question marks have materialized around the sixth-ranked Matildas, chief among which is whether Ante Milicic has impressed his bold footballing philosophy upon the squad with just a handful of games ahead of France.

But if the events of the last six months have tempered expectations around this team somewhat, it remains true that these Matildas are a genuine dark horse for the tournament, and represent Australia’s best-ever chance of winning a football World Cup. Galvanized by a frustrating past two years, and ambitious to explore the uncharted—with a determined, likeable, close-knit squad of players—they could pull it off in style.

Tactically, the system employed against the USA in April was already a bold evolution from the one seen during the recent Cup of Nations tournament. Australia surprised the world’s best team on home soil with an aggressive 4-2-4 (or lopsided 3-3-4) system that pressed the fullbacks high and played swiftly and vertically in transition, forcing the Americans into uncharacteristic mistakes. As the 5-3 scoreline indicates, though, this system also left the Matildas vulnerable at the back, with a high line exposing key defensive stalwarts for pace.

Milicic is very clear in his philosophy: he wants the Matildas to dominate possession, to play with attacking intent and courage, and let the opposition adapt to their game. This is tempered with pragmatism, however; against the USA, the collective system was adapted to best support the attributes of key individuals, pairing spearhead Sam Kerr with the energetic and almost telepathic Caitlin Foord, with width provided by wingers Lisa De Vanna, Emily Gielnik, or Hayley Raso. In midfield, the accomplished ball-players Elise Kellond-Knight and Emily van Egmond are tasked with building the play from deep, while rising star Ellie Carpenter is given license to attack from the right back position.

With twelve players boasting more than 50 caps, the squad is an excellent blend of youth and experience. Australians make up the largest foreign cohort of NWSL starters, with the complementary calendars of the domestic W-League and America’s top competition meaning year-round football for the nation’s best. Whether the Matildas are the finished article in time for this World Cup remains to be seen, but Milicic is emphatic that his side will play “the Australian way”—with energy, with courage, and with self-belief.

Milicic is a highly regarded local coach who served as the men’s national team assistant under Ange Postecoglou, winning international acclaim for its attacking showing at the 2014 men’s World Cup and silverware in the form of Australia’s first men’s Asian Cup trophy in 2015. Famously hard-working, meticulous and forensic in his preparation, Milicic is a taskmaster, but personable enough to extract the very best from this talented playing group.

What more is there to write about Sam Kerr? One of the undisputed stars of the women’s game, Kerr is the all-time leading goalscorer in both the NWSL and the W-League, and arrives in France coming off four consecutive domestic golden boot awards—and all this at just 25 years old. She has been overlooked for FIFA’s major individual honors—due perhaps to previous criticism of the governing body—but a star turn in France and a move to one of Europe’s top clubs post-World Cup could change that.

The veteran Lisa De Vanna could join an elite club by scoring at a fourth World Cup—something that seemed unlikely when the mercurial but tempestuous star was described by a former coach ahead of her first World Cup as “high maintenance” and “a brat,” with a proclivity for mood swings “like the stock market crash of 1987.”

Described by historians Roy Hay and Bill Murray as being held back by “antagonistic relations at the institutional level,” women’s football in Australia endured almost a century of chauvinistic dismissal from the 1880s onwards, with a 1921 committee examining outdoor games for girls finding football “unsuitable,” given that “much physical exercise might increase the difficulties of parturition” (childbirth). Buoyed by second-wave feminism and championed by pioneering figures like Elaine Watson and Heather Reid, the women’s game planted its first roots in semi-professionalism in the 1970s. A first national championship took place in 1974, with the foundation of the Australian Women’s Soccer Association—which the then-governing body refused to ratify—leading to a first national team tour in 1978.

Nevertheless, due to financial limitations, it wasn’t until 1984 that the Matildas first played a game outside Oceania, and not until 1994 that they played outside of Asia, with Australia failing to qualify for the inaugural Women’s World Cup on goal difference to New Zealand. Since then, the Matildas have been ever-present at World Cups, but didn’t record their first win (4-1 against Ghana) until 2007, where they emerged from the group stage for the first time.

EXTRA: Inside the psychology of successful teams 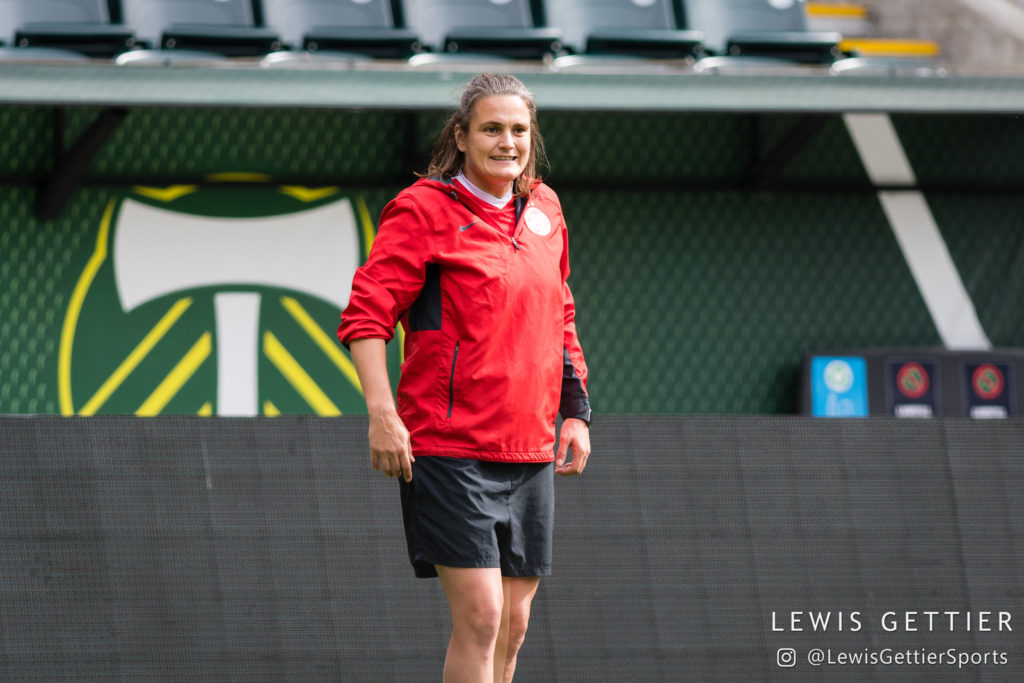 Ellie Carpenter. Already a veteran of six domestic seasons between Australia and the United States, and with an Olympics campaign under her belt, the teenage Carpenter has already blossomed into a key component of this Matildas squad. Tenacious and hard-working, with pace and an engine that goes all day, Carpenter will be crucial both in attack and defense, from a position that has been an Achilles heel for Australia in recent campaigns.

What is the realistic aim for Australia in France and why?

Final four. The upheaval following the dismissal of Stajcic has cooled fevered dreams of the trophy, as has a mixed year of performances following Australia’s famous home-soil defeat of the USA in 2017. This is unquestionably the Matildas’ strongest ever squad, and if Kerr fires, a fairytale charge to the final could be in the cards. They have fallen in the quarter-finals at the past three World Cups. Australia would desperately love to go at least one better in France.

Believed to be $2-4 million. Football Federation Australia spent $11.3 million on national teams in 2018, but with that being a men’s World Cup year, it’s likely the lion’s share went to the men’s game.