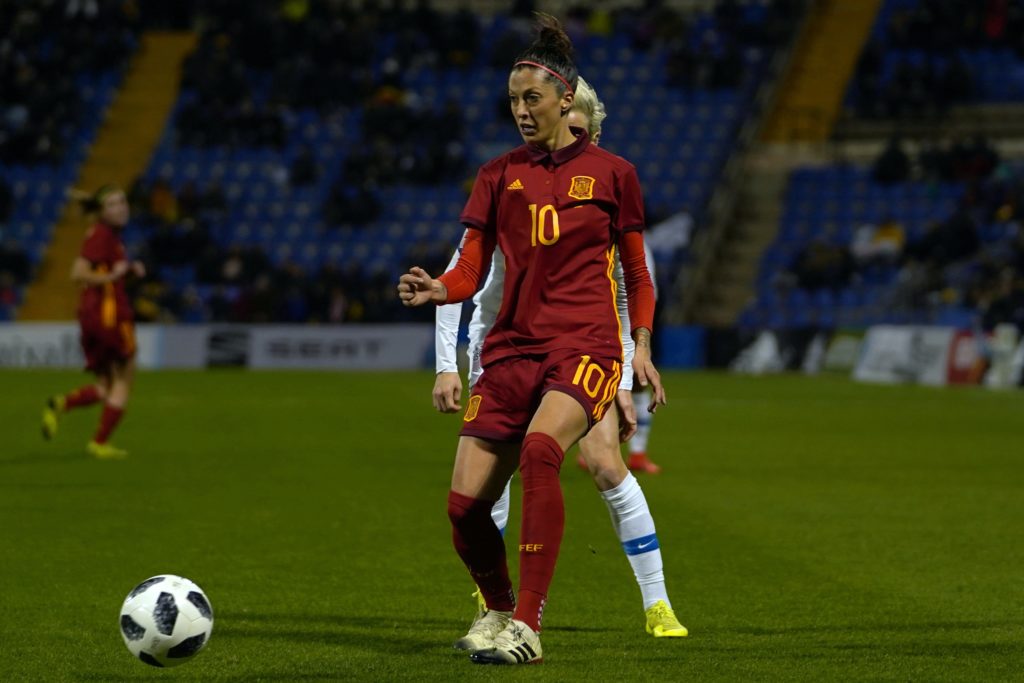 Spain won all their eight qualifying games but were handed a tough draw in France coming up against Germany, China and South Africa in the group – and if they finish second, they could face the United States in the last 16. “People take it for granted that we will make it to the knockout stage and go far in the tournament but our group is really complicated,” the coach, Jorge Vilda, has said.

The recent success of Spain at youth level – the Under-17s became world and European champions and the Under-19s won the Euros, while the Under-20s finished second in the World Cup – has led to increased expectations for the senior side. However, the domestic league is too uncompetitive with Barcelona and Atlético too superior, for the national team to have any realistic chance of winning the World Cup in the near future.

The nucleus of Vilda’s squad, unsurprisingly, is made up by players from Barcelona and Atlético and a total of 16 players from the two clubs were called up for a recent friendly. The defense has a heavy Barcelona feel to it with the exception of the center back Irene Paredes (PSG) and the right back, Celia Jiménez (Reign FC).

Other non-Barça-Atlético players are Alba Redondo, the forward who has had a really strong season with Albacete and won her first cap in January, and Nahikari García from Real Sociedad.

This is Spain’s second World Cup after failing to get past the group stage in 2015, a tournament which is mainly remembered for the players’ rebellion against the methods of the then-coach Ignacio Quereda. The players, in fact, were so unhappy with him that they published a joint letter calling on him to go after the tournament and Quereda duly left his post soon afterwards.

Spain did not get past the quarterfinals at Euro 2017 and this tournament will test the maturity of the coach and the players. Vilda has decided not to call up the star playmaker Vero Boquete and trust that the players that took Spain to France will prosper there.

Vilda likes to play in a 4-3-3 formation with a freedom to switch positions for the players but Spain have been lacking a cutting edge going forward recently and have also made some basic mistakes in defense. To be fair to them, though, they have been able to respond well and the World Cup will be an intriguing test as to where Spain are in the women’s game at the moment.

Jorge Vilda, 37, has been in charge of the Spanish national women’s team since just after the 2015 World Cup. His father, Ángel Vilda, was the fitness coach for Johan Cruyff’s Dream Team at Barcelona in the early 1990s. Jorge won the European Championship with the women’s Under-19 team in 2017 and 2018.

Vilda is always keen to stress the importance of the collective rather than any individual stars and he has not called up Boquete because of that reason. The player who stands out the most is Jenni Hermoso, the Atlético Madrid striker who was the top scorer of the Liga Iberdrola with 24 goals this season.

Celia Jiménez, who plays in defense, is also an aeronautical engineer. She has always been interested in engineering, excelling in math and physics at school, and moved to the United States at the age of 18 to be able to continue her studies and play football at a high level. She decided to study aeronautics because she was intrigued by the possibility of defying gravity.

“We’ve always had the idea of gravity, that when you jump up you come back to the ground, when you throw something up it comes down again,” she once said in an interview. “The idea of being able to build an aircraft weighing tons, something huge that can take people from one part of the world to another, cruising through the air, and for us to be able to decide when we land it, is very impressive.” It’s hard to disagree with that.

Recent studies have found that women’s football first made the news in the spring of 1914 with the the Spanish Girl’s Club being formed. The club, however, did not last long and discontinued its activities in the summer.

The first match on record was that of Montserrat against Giralda at the Velódromo Parque de Deportes on June 9, 1914 – both made up by players from Spanish Girl’s Club but now playing in different jerseys. The game was a friendly match for the Female Federation against Tuberculosis but it failed to create much interest.

The decades then came and went without much progress – or any at all, in fact – being made. Women’s teams started playing unofficially again in the 1970s but it was not until November 1980 that the Royal Spanish Football Federation (RFEF) acknowledged women’s football. Two years later, Uefa urged all its affiliated members to organize and encourage women’s football and the first Spanish women’s championship took place in 1988-89.

Jenni Hermoso is known by many in the game but could have her true breakthrough in France considering the form she is in and the goals she has scored this season. Her teammates at Atlético praise her for her versatility and the fact that she can control and protect the ball as well as slow the game down when needed.

What is the realistic aim for Spain in France and why?

Getting out of the group stage and into the last 16, which would be one step further than they managed at the last World Cup. Spain are not in an easy group and the last 16 could see the team playing the reigning champions.