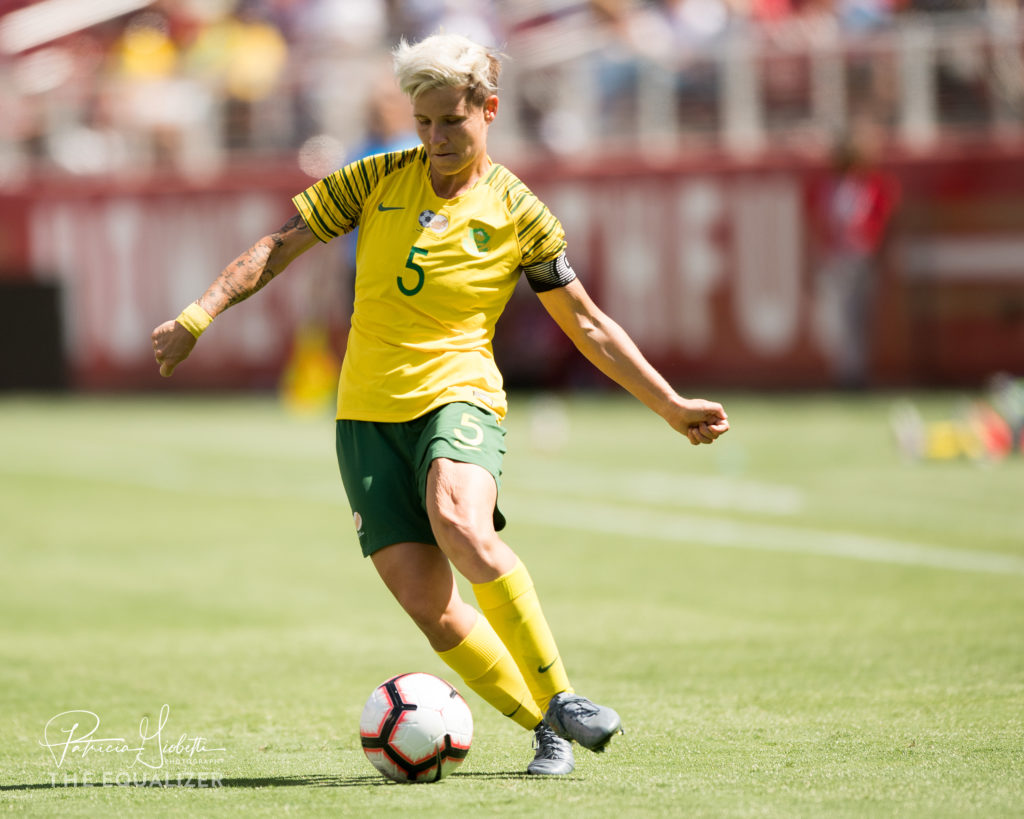 The Banyana Banyana have – through their togetherness, the influx of youthful exuberance and the incredible experience of head coach, Desiree Ellis – won the hearts of South African fans around the country. The nation will be watching in anticipation when they go into battle at the Women’s World Cup for the first time in France.

The players will be reliant on their attackers to help push them forward, with their threat up front having been one of their main strengths under Ellis – they scored 24 goals between March and October, when they managed to find the net in 10 consecutive games – and they have a host of forward-minded players who already have experience of playing club football outside of the country of their birth. One slight problem is that their conversion rate could be better as they create many more chances than the ones they score from.

Players such as Thembi Kgatlana, Linda Motlhalo, Rhoda Mulaudzi, Jermaine Seoposenwe, Refiloe Jane and Leandra Smeda will all be looking to chip in with goals and assists wherever possible, using the skills that they have picked up on their travels.

There will, however, be some apprehension going into their opening game against Spain given that they were not able to win any of the seven matches that followed their defeat in the final of the 2018 Africa Women’s Cup of Nations, and their lack of clean sheets of late is a worry. The last time Banyana beat non-African opposition was in a 1-0 win over Hungary in March last year, but they will be hoping to change that in Le Havre, Paris or Montpellier.

They may lack a little in physicality but Banyana have had the opportunity in recent years to play consistently against better, more structured opposition on the international stage, something that will no doubt stand them in good stead going into the World Cup.

One of Ellis’ main strengths since coming on board to replace the Dutch coach, Vera Pauw, has been the adaptability and versatility of her sides, and during her tenure so far they have experimented with up to five different formations, including 4-4-2, 4-2-3-1, 4-3-3 and others.

The flexibility of the players who have been selected under Ellis’ leadership, and Pauw before her, have led to them being able to play to their own strengths as well as identify the weaknesses of their opponents – an ability that will be crucial if they are to progress in France.

Desiree Ellis has a pretty impressive story with Banyana. Now 56, she is the longest-serving captain in the history of South Africa’s women’s team and was part of their first ever game when they played against Swaziland in 1993 following the end of Apartheid. She scored a hat-trick that day.

After serving as an interim coach for 18 months, in February last year Ellis was appointed as full-time head coach of Banyana, going on to finish second in her first major tournament, the Africa Women’s Cup of Nations, qualifying South Africa for their first ever Women’s World Cup finals.

Thembi Kgatlana is one of the most talked about female footballers in Africa right now following her exploits for Banyana in recent years, not least because of the fact that 2018 saw her land the prestigious African Women’s Footballer of the Year and African Women’s Goal of the Year gongs at the CAF Awards after she finished as top scorer at the 2018 Women’s AFCON.

Currently with Beijing BG Phoenix in China, the 22-year-old already has more than 50 caps for her country, and will be looking to make her mark in France when she gets the chance to shine on the global stage.

Janine Van Wyk, who will captain Banyana in France, was asked by petrol attendants in South Africa if she wanted to enter a competition to win tickets to the Women’s World Cup… She told them she was already going, and that she had a ‘VIP ticket’, before returning to the petrol station to give them a couple of her Banyana shirts.

Women’s football in South Africa is still very much in its infancy having only played their first game in 1993. It was only really after 2009, thanks to major backing from Sasol (a South African integrated energy company), that things started to gain some momentum. In 2012, Banyana reached their first ever Olympic Games in London, repeating that feat in 2016, and since 2006 have consistently finished in the top four at the Women’s AFCON, which is held every two years.

They won the COSAFA Cup – an annual tournament for teams from Southern Africa – two years in a row recently, firstly in 2017, where they went on to win the CAF Women’s National Team of the Year award at the 2017 CAF Awards, and then again in 2018 before their current coach, Ellis, won the Women’s Coach of the Year award for her efforts.

One player who has been there throughout the current growth of Banyana is the veteran Noko Matlou, who is still playing at 33 years old – over a decade after she became the first South African player to win the African Women’s Footballer of the Year back in 2008. Ellis converted her from a striker to a defender and she is still going strong.

Linda Motlhalo is just 20 years old but has already plied her trade for the respected Houston Dash in the National Women’s Soccer League and is currently doing her thing for Beijing BG Phoenix after earning a contract earlier this year. Donning the No. 10 shirt, “Mimi” set alight the 2018 COSAFA Cup and was crucial in qualifying for the World Cup.

What is the realistic aim for South Africa in France and why?

Given that it’s their first ever trip to a Women’s World Cup, the players will want to make sure that they give a good account of themselves and show just why women’s football is on the rise in South Africa, and Africa as a whole. They’ve got a tough group with Germany, Spain and China all in FIFA’s top 20 and one of the main aims will be to make sure their opponents know they have been in a fight. Their tagline has been “Limitless” and they will want to live up to that in France.