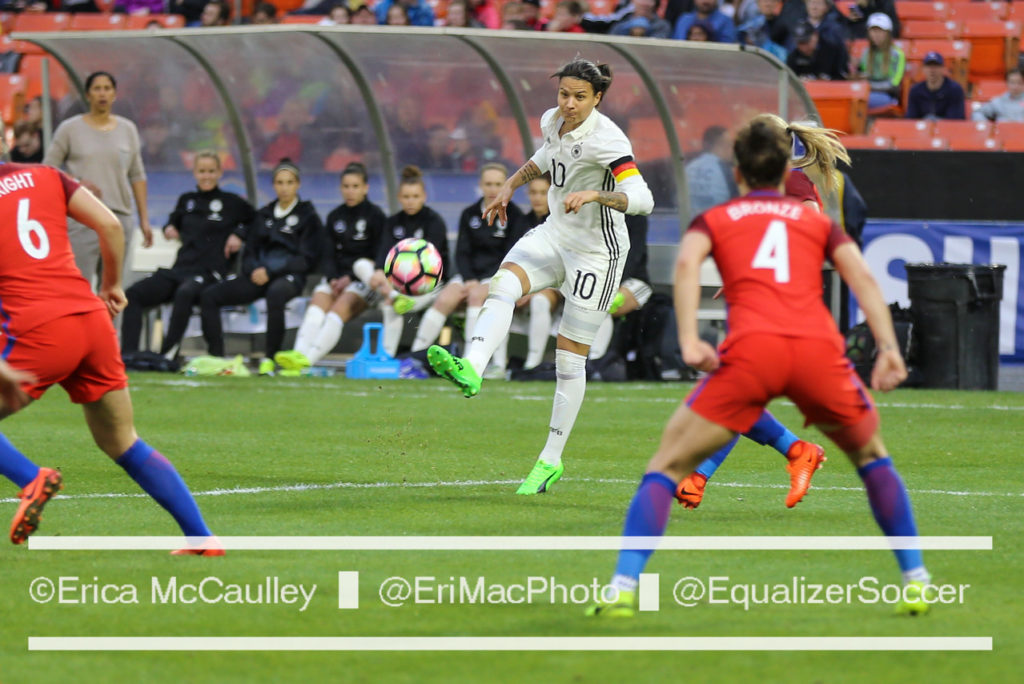 Germany are currently unsure of where they stand. On the one hand, they are reigning Olympic champions; on the other, they were eliminated in the quarterfinals at Euro 2017. A last-place finish at the prestigious SheBelieves Cup in the U.S. in the spring of 2018 proved the last straw for a federation that is spoiled by success and sealed the fate of hapless head coach Steffi Jones.

After securing qualification for the World Cup with the DFB’s utility man and former head coach of Germany’s men’s U21 and Olympic teams, Horst Hrubesch, Germany hired Martina Voss-Tecklenburg. She is 51 years old, has 125 caps for Germany and was most recently head coach of a Switzerland team that under her went from also-rans to perennial dark horses. Voss-Tecklenburg, everyone agrees, is a good choice. Far from ideal, however, is the timing of the change in leadership. As she was under contract with the Swiss federation until November 2018, she was left with only four friendlies and a handful of training camps to prepare for the World Cup.

A delicate situation, to say the least, as she was put in charge of a team that is in transition. Long-time linchpins such as Annike Krahn, Melanie Behringer, Anja Mittag and Simone Laudehr are no longer there. The new leaders are players such as Wolfsburg’s powerful striker Alexandra Popp, who has evolved from a pure striker to an outstanding allrounder, or Dzsenifer Marozsán, the magnificent Lyon playmaker. Another important player is the goalkeeper, Almuth Schult, although she has struggled for form recently after a bout of measles last winter.

The rest of the squad is made up of talented prospects such as Giulia Gwinn, Sara Däbritz, Lea Schüller and Lina Magull as well as seasoned veterans such as Svenja Huth and Kathrin Hendrich, giving Voss-Tecklenburg a good blend of zestful youth and experience.

It is hard at the time of writing to predict what the formation and the tactics of this team will be. In her short time in charge Voss-Tecklenburg experimented with both a back three and a back four, but the most likely formation is probably a 4-2-3-1. In any case, Germany’s game is usually characterized by an attacking mindset and a strong physical presence that could prove critical against skilled teams like group opponents Spain and China.

The partnership of Martina Voss-Tecklenburg and the DFB is an unlikely one, and certainly one that no one would have thought possible 20 years ago. Back then, Voss-Tecklenburg retired from the national team after a row with teammate and then-partner Inka Grings. Now, though, she was the preferred choice, not least because, after the disappointing tenure of the inexperienced Jones, the federation was looking for a safer option. Voss-Tecklenburg certainly fits the bill, having coached on various levels for more than 10 years and, above all, impressing with Switzerland. Among her role models she cites Liverpool’s Jürgen Klopp, whose work she was able to observe first-hand in 2011 as a guest coach during his time in Dortmund.

Lyon’s Dzsenifer Marozsán is universally considered one of the best playmakers on the planet and, at 27, now in her prime. The youngest player ever to appear in a Bundesliga game when she was 15, she has won the Champions League both with Frankfurt and Lyon and has been voted the best player in the French league twice – ahead of standout teammates such as Ada Hegerberg and Eugénie Le Sommer. She is back at her best despite missing three months in the summer of 2018 due to a life-threatening pulmonary embolism.

Goalkeeper Almuth Schult comes from a tiny village in Lower Saxony where her family still runs a farm. As a side business, the keeper has come to supply Wolfsburg colleagues as well as her teammates from the national team with fresh eggs. “As long as it is well received, my family is proud to be the official egg supplier of top football,” says Schult.

A brief history of women’s football in Germany

All they wanted was to play, when in 1930 a handful of women congregated to found the 1. Deutsche Damen-Fußball-Club, the 1st German Ladies Football Club, in Frankfurt-Sachsenhausen. It didn’t go down well, however, as passers-by grumbled and even threw stones at the players. After just one and a half years, the club disbanded, under pressure in the political climate of the emerging national socialism.

Things did not improve after the war and in 1955 the DFB decided to forbid its clubs from offering women’s football – a ban that was not lifted until 1970. Only then did the women’s game gain momentum, albeit slowly. In 1974 the first national championship was played and in 1982 the first official international game. The breakthrough came seven years later, when the West Germany team (in the East women’s football was just an afterthought at the time) made its debut at the European Championships and promptly won a tournament they hosted. Twenty-three thousand fans attended the final against Norway in the sold-out stadium in Osnabrück, and millions more watched on TV.

The DFB, sparing no expenses, rewarded the players for their effort with a coffee set each. The win marked the beginning of an impressive run for Germany’s women’s side, which saw them win two World Cups, seven European Championships and two Olympic gold medals. Their biggest moment of infamy, by contrast, came in 2011, when Germany, highly favored to win their third World Cup title on home soil, bowed out in the quarterfinals in a huge upset at the hands of surprise champions Japan. 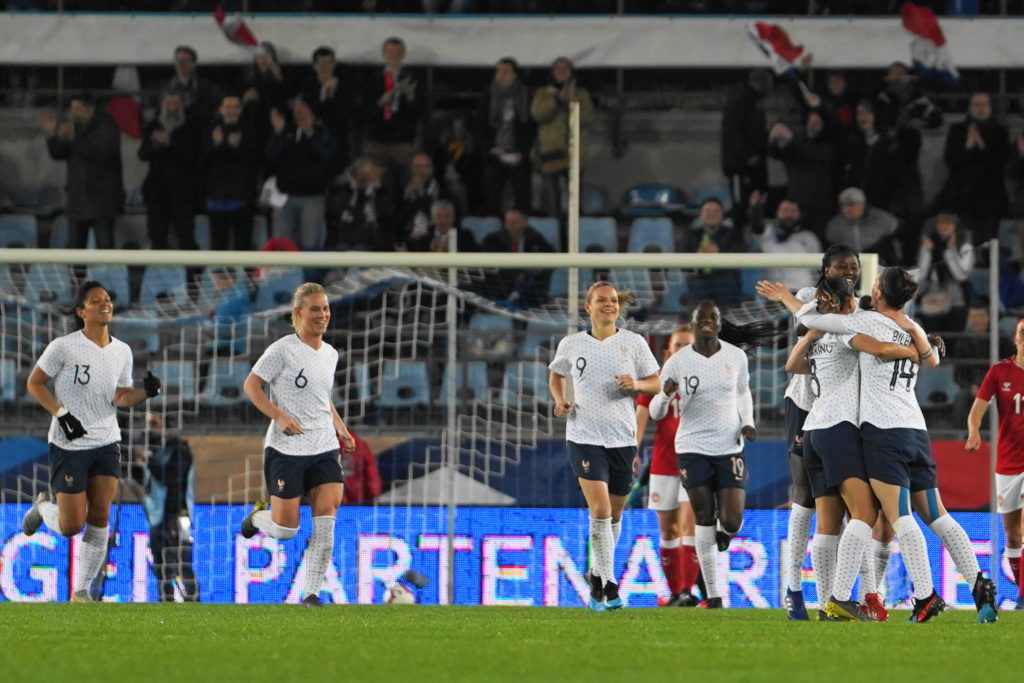 Nineteen-year-old Giulia Gwinn, who after four years at Freiburg will join Bayern Munich in the summer, has been a revelation in the run-up to the World Cup. In the crucial friendly against Japan, she impressed in an attacking role on the right wing but she can also play on the right side in a back four. She is known for her pace and is capable of contributing goals too.

What is the realistic aim for Germany in France and why?

With wins over France and Sweden as well as a draw against Japan in friendlies in 2019, the Martina Voss-Tecklenburg era has got off to a promising start. However, considering the short time the coach has had with the squad, it remains to be seen what this talented German team is capable of when the games matter. Anything is possible, from a third World Cup title to another early exit.

Jens Kirschneck is the editor of 11Freunde.