After a celebratory sendoff, now it’s time for the USWNT to play soccer 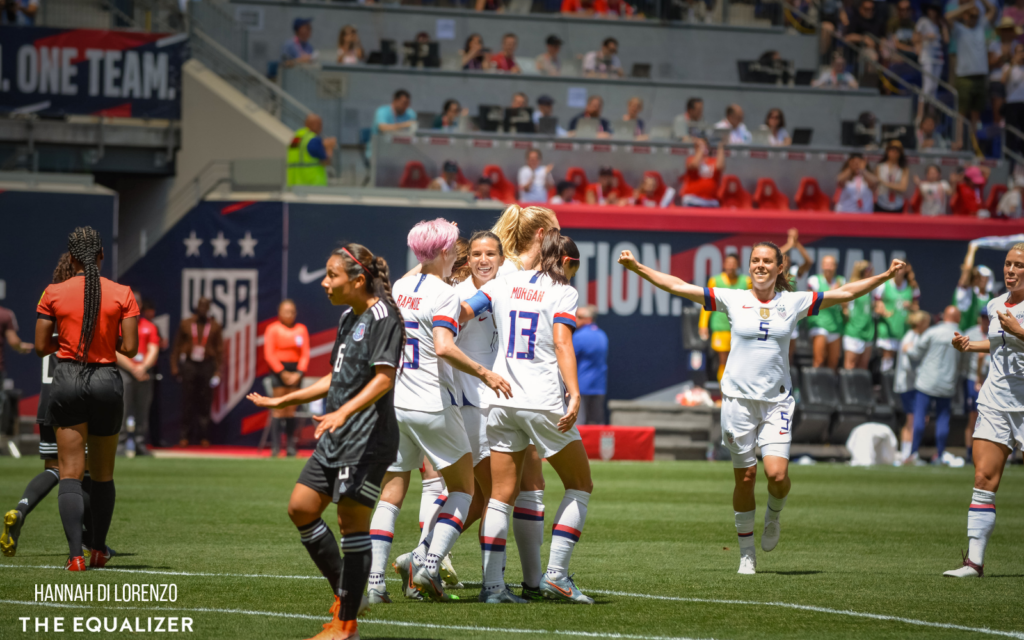 HARRISON, New Jersey – It was halftime at Red Bull Arena on Sunday when Abby Wambach and Sunil Gulati stood at midfield, waving at the near-sellout crowd of 26,332 as their laundry list of accomplishments were rattled off over the sound system. A day earlier, it was announced that the former U.S. women’s national team forward and ex-U.S. Soccer president had been elected into the National Soccer Hall of Fame.

Behind them, Alex Morgan, Rose Lavelle and Megan Rapinoe ran sprints between the 18-yard box, and Becky Sauerbrunn ran between the sidelines – a bizarre sight to see under most other circumstances. All four players – plus Crystal Dunn – were substituted off to start the second half. The Americans’ line change also saw Julie Ertz drop from defensive midfielder to center back, and – most suspiciously – Tobin Heath move from wide forward to left back, a head-scratching move that U.S. coach Jill Ellis tried briefly at the 2016 Olympics (right back that day) and teased as a possibility last month.

One thing was clear: this was definitely a friendly before a major tournament.

“Big takeaways from this, it was being healthy, getting valuable minutes from a lot of different players, keeping a clean sheet, scoring a lot of goals,” said U.S. coach Jill Ellis, who confirmed that she had pre-planned the widespread substitutions.

Access the best women’s soccer coverage all year long
Start your FREE, 7-day trial of The Equalizer Extra for industry-leading reporting and insight on the USWNT, NWSL and beyond.
Subscribe
Existing Users Sign In Here
Related TopicsChristen PressExtraFeaturedJill Ellis

Heath, Pugh, Press power US to 3-0 victory over Mexico
The Equalizer Podcast, Episode 61: Shipping Out