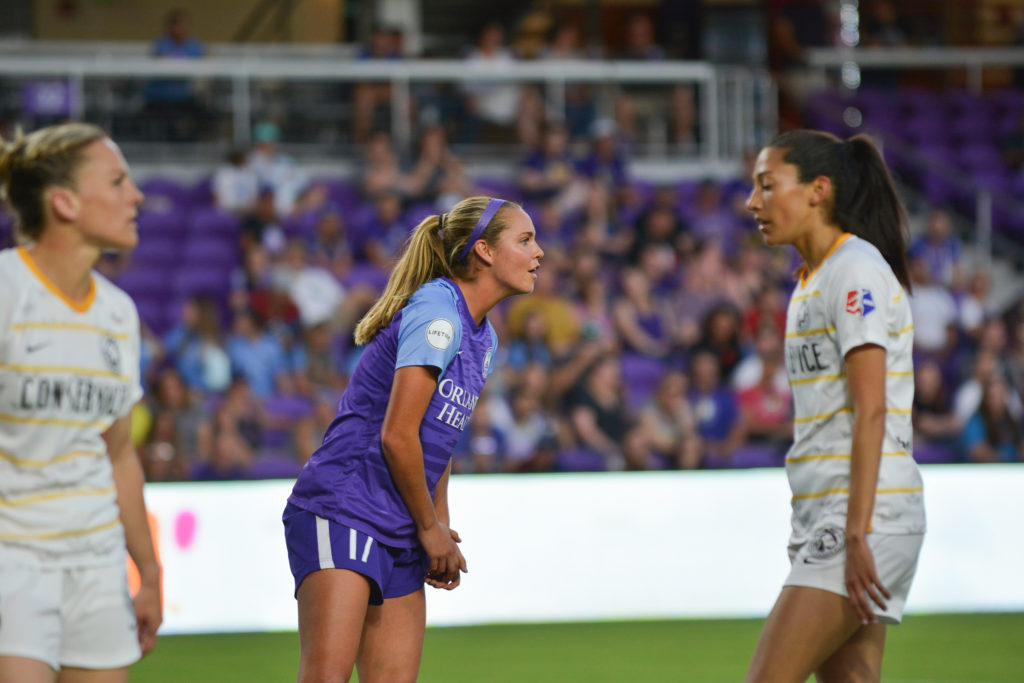 Sky Blue FC and the Orlando Pride both lost on Saturday, leaving each winless on the season through seven matches.

Midge Purce came off the bench in the second half and scored the game’s only goal as the Thorns defeated Sky Blue, 1-0 in the final stop of their six-game road trip to begin the season.

Portland will open their home slate on June 2 against the Chicago Red Stars. The Thorns — and brother club Portland Timbers of MLS — have been waiting for the completion of a renovation to Providence Park, which now has 4,000 more seats thanks to a new upper deck.

Amy Rodriguez scored her fourth goal in as many games to lift Utah past Orlando at Rio Tinto Stadium. This time, Rodriguez’s goal came from the penalty spot.

Doniak added the insurance goal in the 89th minute, 10 minutes after she entered the match.

Orlando has lost six of their seven games this season, and they next face a visit from the defending National Women’s Soccer League champions, the North Carolina Courage. The Pride have only scored two goals and conceded 15 in those seven games.