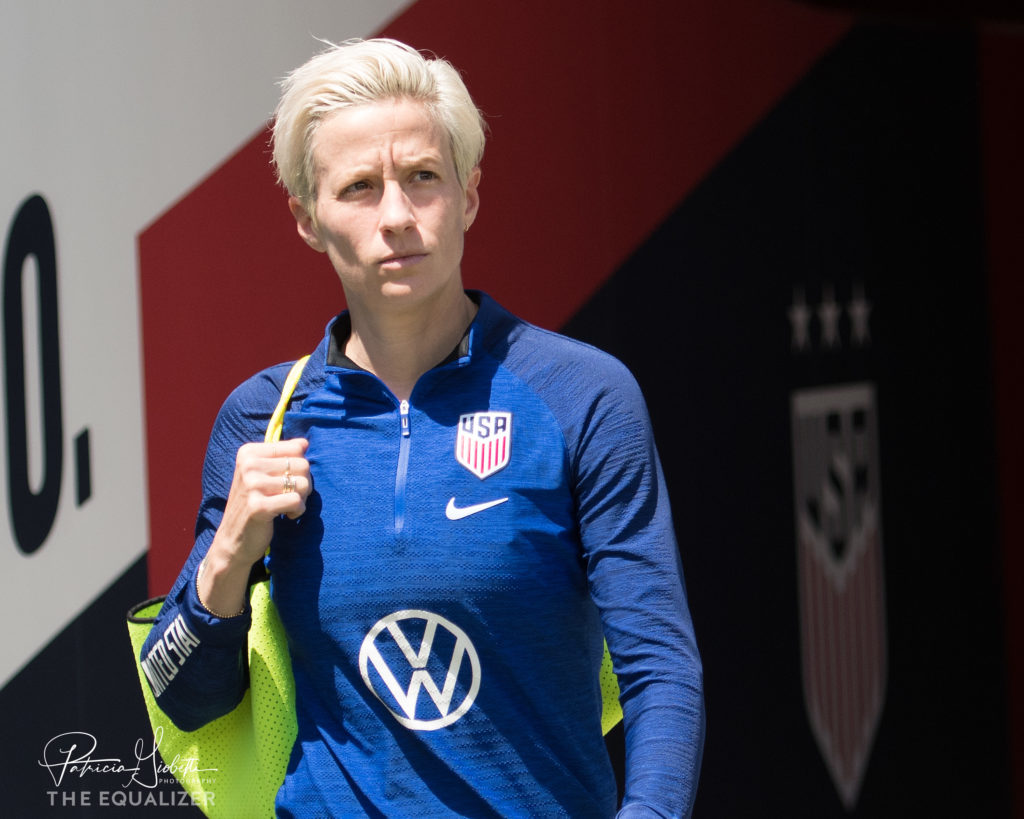 NEW YORK — Major sporting events are often platforms to push the social issues of the day. The World Cup is no different, and as the 23 women who will represent the United States at the World Cup next month gathered at Twitter NYC on Friday, conversation inevitably turned toward matters such as equal pay and FIFA’s dedication to the women’s game. Megan Rapinoe, never one to shy from a hot topic, was peppered with questions, including how she defined women’s sports.

“The women’s game I think is very hard to define,” Rapinoe, 33, said. “You can sort of define the national team. There is just so much untapped potential in the women’s game right now. Not really the national team, we’re a bit past that, but especially for the [National Women’s Soccer League] it’s at like this infancy stage. It is really hard to define.

“I would say it has limitless potential. I think it’s exciting and has a ton of upside. There are really interesting stories and storylines around it. Hopefully there is a sort of tipping point. But in order for us to get to that, we need a big investment. And not just a money investment. We need time and skill and intellectual investment into the game to figure out what’s going to push it to the next level.”

EXTRA: Rose Lavelle is the creative answer Jill Ellis has been looking for 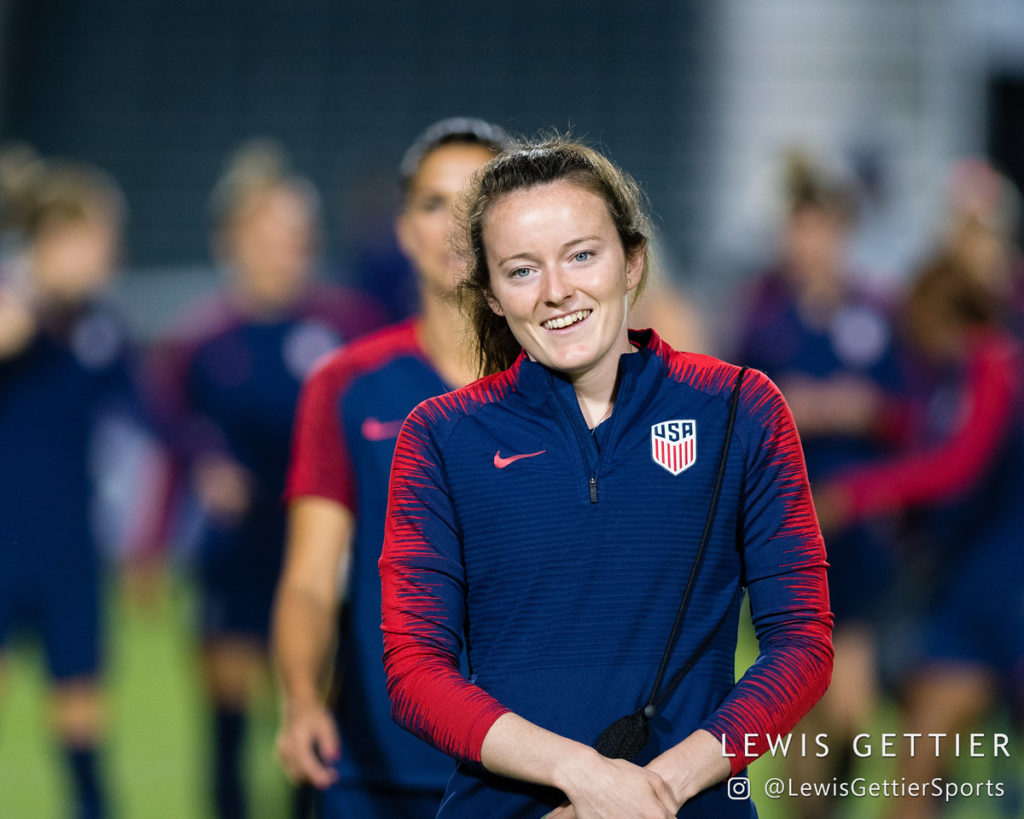 “I think there have been strides that have been made, but in terms of their capacity for change and their ability to change…obviously they have pretty much unlimited resources; I don’t think that it’s really been a huge change—at all,” Rapinoe said when asked specifically about FIFA.

“The sort of incremental change that we’ve seen is just not enough. I don’t think that’s the model that needs to happen. I would like to see a major paradigm shift, a major overhaul. There has been such a lack of investment over all of these years, such a lack of care and attention, that doubling and tripling, quadrupling investment, care, and attention to the women’s game I think would be appropriate. To make incremental change obviously leaves the game wanting more and is not nearly enough at this time.

“I guess incremental change is better than nothing at all, but for the resources and ability I feel like FIFA has to implement that change, they’re not doing nearly enough.”

Another bit of intellectual investment lies in the scheduling of the Concacaf Men’s Gold Cup, which will collide directly with the Women’s World Cup. Of course more growth in the women’s game will mean more similar collisions, but looking at July 7, when both events will stage finals, is beyond the pale to most WoSo supporters.

“Obviously it’s very disappointing. There are two finals on the same day,” Rapinoe said. She paused before simply concluding with, “It’s ridiculous and disappointing to be honest.”

Rapinoe also opined on the evolution of women’s sports as a complement to more stable and venerable men’s games but not always as a direct parallel. In fact, she said, that kind of thinking is in error.

“I think the big miss that happens in women’s sports is to try to replicate the model that’s been done on the men’s side,” she said. “It is a different product. To be honest it’s quite lazy as well. You can take some things, but I think a thoughtful approach specific to the women’s game [and the] environment around it, needs to be taken in order to bring that game to a higher level. I don’t think you can just do exactly what you do on the men’s side and do it on the women’s side. I guess using business acumen and cultural acumen to think about what our sport would need.”

Business and cultural acumen sounds like another reference to intellectual investment. And Rapinoe has another perspective to lean on. Her, girlfriend, is Sue Bird, who plays for the Seattle Storm in the WNBA, far and away the most successful women’s professional league to date. Rapinoe says that she and Bird often talk about how what works for the NBA will not necessarily work for the WNBA.

“You can have equal investment and equal care and opportunity, and from there it’s important to find a model that works for the women’s game and not just try to replicate it in that way. You can have equality if you want to say that, but it doesn’t need to be [that] every single idea is the same.”

The wisdom of past failures guides a more confident Jill Ellis
Heath, Pugh, Press power US to 3-0 victory over Mexico