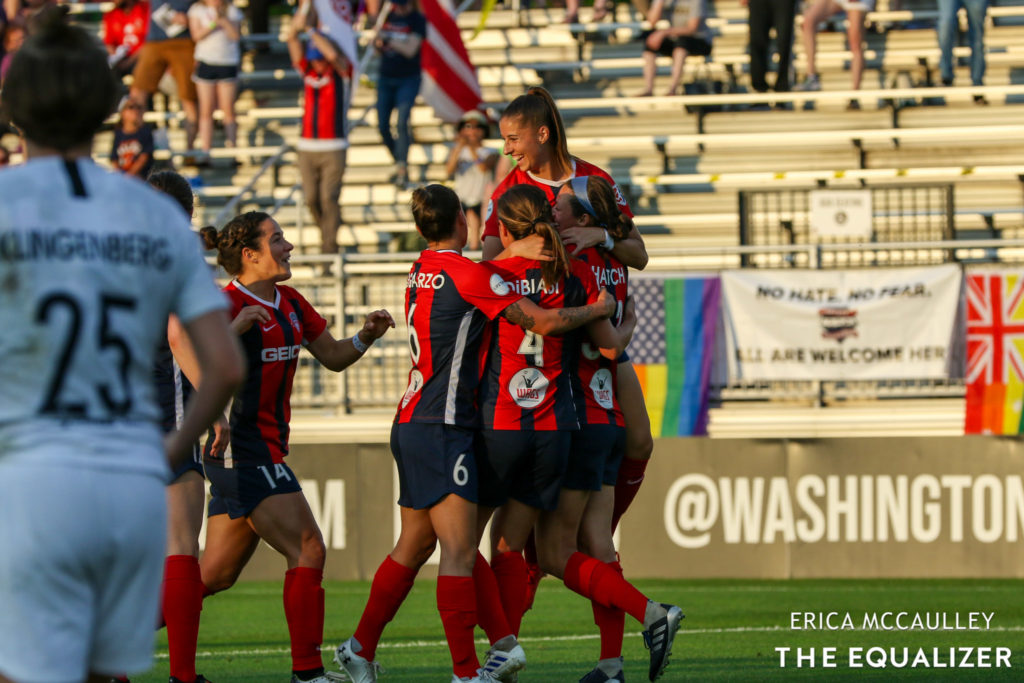 The unsurprisingly surprising NWSL is in full swing

The unsurprisingly surprising NWSL is in full swing

If the 2018 National Women’s Soccer League season made us question the league’s claim to fame as the most competitive in the world, the start of the 2019 season has restored some order (or, as it is, chaos).

Parity has defined the NWSL since its opening season in 2013, when three teams finished level on points atop the table and the fourth-place side nearly joined them, but for a draw on the final day of the regular season that left them two points adrift. Parity is the reason so many players want to play in the U.S., the week-in, week-out competition preferred to the wide gap between Europe’s truly elite clubs and everyone else (a point many made again after Lyon’s dominant victory over Barcelona in Saturday’s UEFA Champions League final).

But 2018 made us question the NWSL’s claim, to some degree. Teams two through seven in the nine-club NWSL were separated by only 12 points, each playoff contenders into the homestretch of the season. The North Carolina Courage, however, had run away with the league in historic fashion, losing just once (17-1-6; 57 pts.) while winning the Shield by 15 points in a year they also claimed the postseason title and the much-debated inaugural International Champions Cup title.

Meanwhile, the Washington Spirit and Sky Blue FC sat a whopping 46 points and 48 points, respectively, behind the Courage, putting together historically futile seasons. Was the league losing some of its competitive mojo? A shift in concentration of talent to the Courage, Portland Thorns FC and Chicago Red Stars was several years in the making. And the regression of Washington and Sky Blue weren’t surprises as each team faced its own player exodus.

This 2019 season, though only six weeks old, has brought a return of some of that trademark NWSL chaos – and that shouldn’t be a surprise.