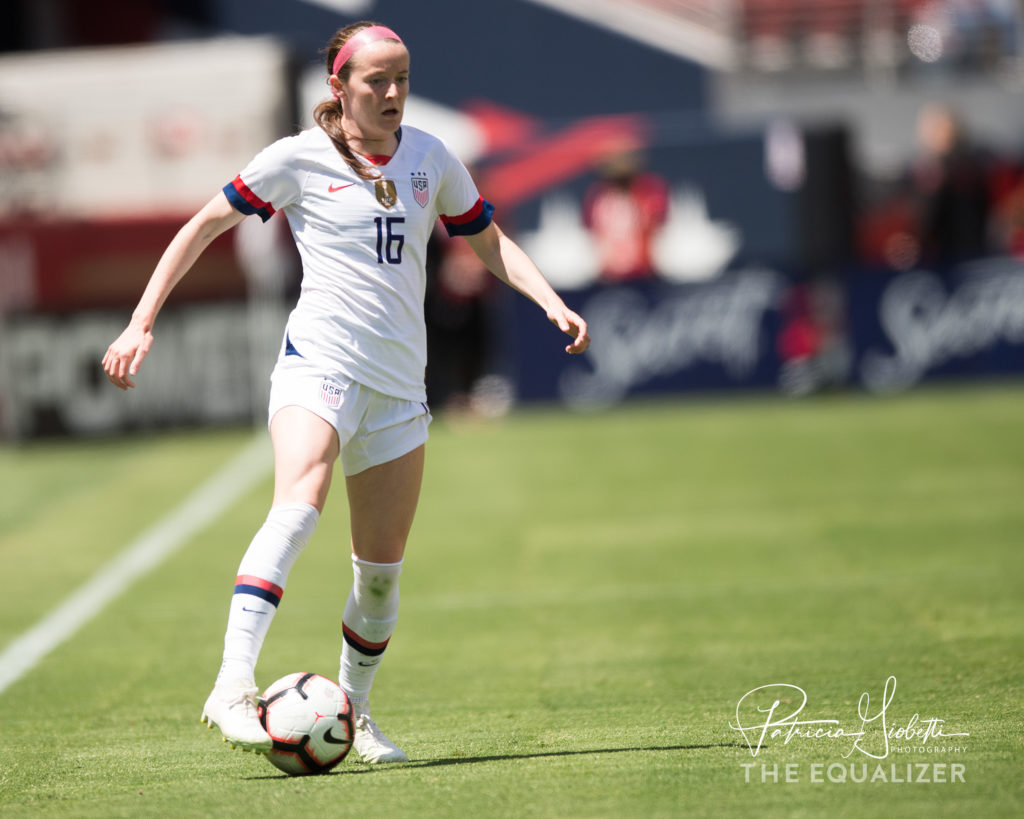 Sam Mewis’ 37th-minute goal in Sunday’s United States women’s national team victory over South Africa punctuated the midfielder’s stellar play this spring, ahead of the World Cup. The deke to lose her defender and the smoothly-taken shot made everything look easy.

That’s partly because more difficult task was done. South Africa’s impressive shape had finally been broken with one simple but essential pass from Rose Lavelle, a ball which instantly removed three defenders from the play. Lavelle moved into space in midfield, where she received the ball surrounded by four defenders. Her decision? Go at them. Draw the defenders in and bypass them.

Lavelle’s assist on the U.S.’ opening goal was her most pronounced moment of playmaking that day, but it wasn’t her only one. Twice in the preceding minutes, she played Christen Press into space behind South Africa’s defense after winning the ball in midfield. Moreover, Lavelle – and Mewis – rotated out of their central areas to clear space for Press and Tobin Heath to check inside, creating confusion for South Africa.

Lavelle’s instinct to both find and create space is exactly the type of proactive, progressive play that U.S. head coach Jill Ellis has long sought.

Access the best women’s soccer coverage all year long
Start your FREE, 7-day trial of The Equalizer Extra for industry-leading reporting and insight on the USWNT, NWSL and beyond.
Subscribe
Existing Users Sign In Here
Related TopicsExtraFeaturedJill EllisRose Lavelle