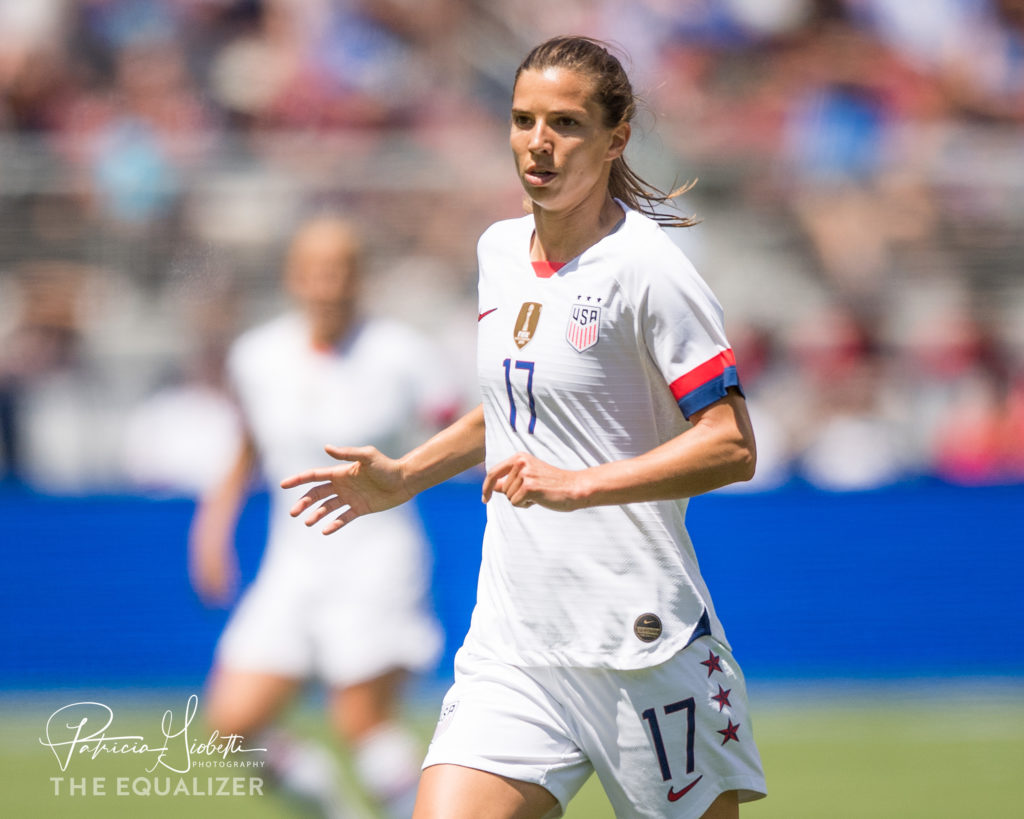 Defender Ali Krieger reached the milestone of her 100th cap for the U.S. when she entered the match in the 60th minute.

Heath opened the scoring in the 35th minute, when she found herself unmarked at the back post to tap in a cross from Megan Rapinoe.

GOAL, @USWNT!
Rose Lavelle scores her seventh international goal against New Zealand. That's an assist from Lindsey Horan, too. The United States doubles the lead over the Ferns. #USAvNZL | 2-0 pic.twitter.com/zdZDkQq9W2

The U.S. controlled the game in the opening half-hour but struggled to find the final ball around goal, often settling for crosses from deeper, wide areas. But As Crystal Dunn and Rapinoe began to turn the corner on their defenders and get to the end line, the Americans’ fortunes changed.

New Zealand’s fatigue showed in the second half as the U.S. used all six substitutions. Lloyd scored on her first touch of the game in the 61st minute tapping in a pass from Heath after Mewis opened up the play with a brilliant through ball. Lloyd would add a fourth U.S. goal in the 83rd minute — another tap-in — and Mewis scored from distance a minute later for the Americans’ fifth.

That didn't take long! Carli Lloyd, in just under a minute, takes her first touch and scores to make it 3-0 for the United States. She just entered for Megan Rapinoe.#USAvNZL | 3-0 pic.twitter.com/caOBOy3KNY

The U.S. will play one more official match before the World Cup, against Mexico on May 26 at Red Bull Arena in Harrison, New Jersey.