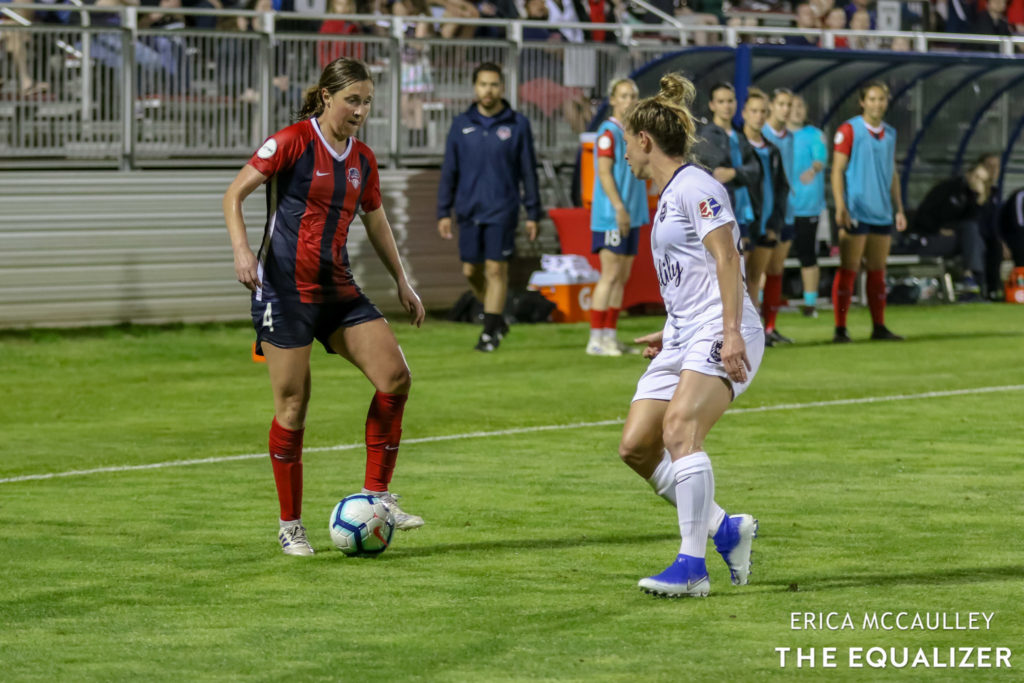 This is going to be a column about the Washington Spirit’s youth movement, but being that it was Mother’s Day weekend, it seems appropriate to lead off by highlighting what an amazing weekend it was for the mothers of the National Women’s Soccer League. There are seven mothers currently on NWSL rosters, including Sydney Leroux, who is pregnant with her second child and not playing for a while. Here’s how the other six did.

— Cheyna Matthews, as previously highlighted, scored her first two goals as a mother in the Washington Spirit’s 3-2 win over Sky Blue. It was the first time her 8-month-old son, Josiah, attended a game. “He must be my good luck charm,” Matthews said.

— Michele Vasconcelos, who had her baby right after college and missed what would have been her rookie season in 2017, bagged her second goal of the season to help the Chicago Red Stars hand the North Carolina Courage a rare loss. Vasconcelos is much improved early in her second season playing as a pro. “A goal for my little girl,” Vasconcelos said of her daughter, Scarlett.

— Amy Rodriguez, mom of two, scored the Utah Royals’ goal in what turned out to be a 2-1 home loss to the Houston Dash.

— Dagny Brynjarsdottir scored her first goal as a mom to help keep Portland Thorns FC undefeated with a 3-1 victory in Orlando.

— Sarah Gorden was the only NWSL mom to suit up and not score over the weekend, but in fairness Gorden played in central defense, and that defense helped keep the Courage in check for most of 90 minutes.

— Jess McDonald did not play this weekend, but that’s okay because she was busy suiting up for the United States national team less than two weeks after she burst into tears when Jill Ellis called to tell her she made the World Cup roster.

Happy Mother’s Day to all the moms out there!

About that youth movement

The Spirit goal that didn’t come from Matthews was scored by Jordan DiBiasi, one of four first-round picks the team made only four months ago. DiBiasi is already a fixture in the Spirit midfield and her goal was a thing of beauty and a turning point in the match.

“I think it came off a defensive play, maybe a Sky Blue free kick,” the 22-year-old Stanford graduate said.

And she was spot on. Moments earlier, Paige Nielsen took down Savannah McCaskill and drew a yellow card rather than allowing a breakaway. The free kick went right to Aubrey Bledsoe who immediately instructed left back Amy Harrison to get forward, and then delivered a perfect outlet pass to get the attack going. Chloe Logarzo got it next and then DiBiasi, who one-timed it to give the Spirit a 2-1 lead moments after it could have very easily been 2-1 the other way.

“We had kind of some a similar pattern at practice and it just kind of came off and it was perfect,” DiBiasi said.

“Sick,” Matthews said of the goal.

DiBiasi was selected No. 3 overall at the 2019 draft, the first pick of the Spirit quartet. Sam Staab was taken right behind DiBiasi and has started all four games in central defense. Tegan McGrady and Dorian Bailey followed at Nos. 7 and 8, respectively. Richie Burke, a rookie in his own right in his first season coaching professionally, said the idea behind the picks was to have the players come in and contribute right away.

“That’s why we drafted them,” he said. “We looked at them long and hard. It was very strategic. We’re four months into a 48-month cycle for us. To be where we are right now is great, it’s what we wanted. We’re hoping by 12 months and 18 months these are players that we hope are going to knock on the door of the next cycle of U.S. national team players. That’s what we hope and that’s why we drafted them.”

That’s not to say that Burke thinks any of them are finished products. On the contrary. He still wants DiBiasi to work on her defending and for Staab to work on her communication in back, where she is partnering with another inexperienced center back, Nielsen. Burke said both players have embraced the challenges of trying to improve.

“We’re all new to playing with each other; most of us are new to playing in the league,” Staab, also 22, said. “The communication part is super critical. I think we’re getting there but there is always room for improvement with that.”

“Sam Staab and Jordi are four games into their NWSL careers and you wouldn’t think so the way they play with seasoned intellect,” Burke said. “They’re very tactically aware and don’t make many mistakes.

Burke praised Bailey for starting her NWSL career at outside back after spending most of her college career in midfield. And McGrady has missed the last two games through injury, but Burke is hopeful to have her available this weekend against the Portland Thorns. “She’s a missing piece for us.”

On the group as a whole, Burke said: “[Are] there pieces that we’ve got to add into them? Absolutely. But what a great base, great foundation. We drafted good footballers.” 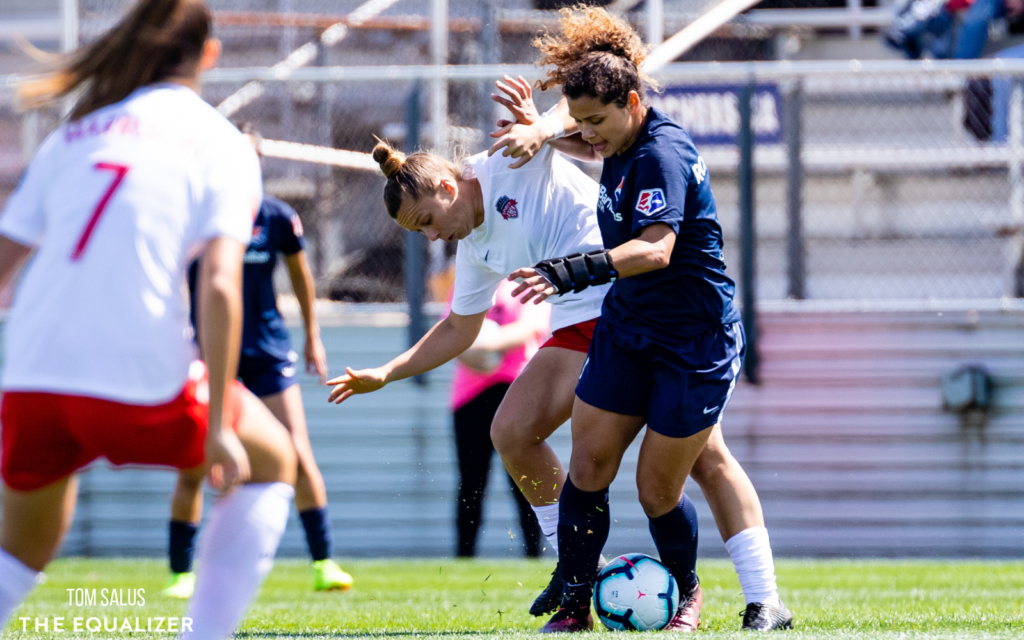 — Prior to this season, there had been 24 NWSL matches played on Mother’s Day weekend. The only mom to score in any of those games was Amy Rodriguez, who scored both goals in FC Kansas City’s 2-1 win over the Washington Spirit on Mother’s Day 2014.

— By the letter of the law, the delay midway through stoppage time in Orlando on Saturday was the right call. But stoppage time is at the discretion of the referee so it kind of seemed like that discretion should have been to blow the double whistle to end it…especially in a two-goal game.

— A week after Katie Johnson’s red card drew critics after inconclusive replays, there should be no doubt that Rachel Daly’s swinging elbow was enough to warrant her dismissal from the match. She became the first player to score twice and be shown the door in the same NWSL match.

— Burke said it is possible the Spirit will add a player from outside the league before the transfer window closes later this month.

— Reign FC have signed former first-round pick Ifeoma Onumonu as a National Team Replacement player. A first-round pick by the Boston Breakers in 2017, Onumonu spent a season in Boston before being picked up by the Thorns in the dispersal draft, following the Breakers folding. She was waived by the Thorns earlier this month having not played this season. In 26 career NWSL matches, Onumonu has one assist.

— We’re now into our fifth month following a league with effectively no communications department.