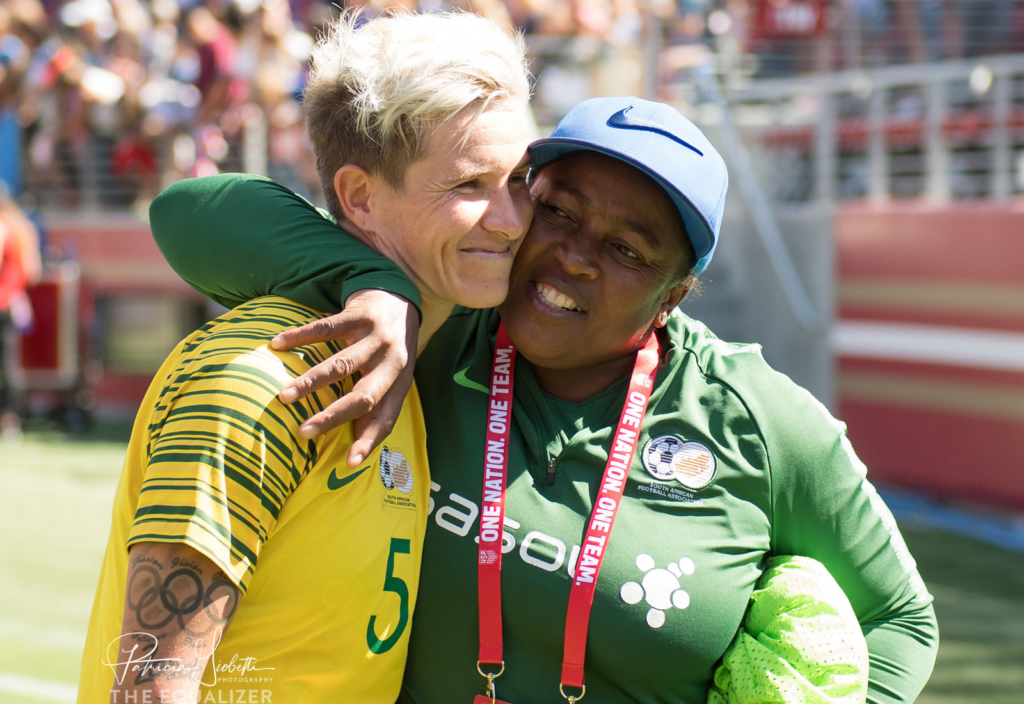 From Barclays’ landmark sponsorship deal with the FA Women’s Super League to Atlético Madrid and Juventus selling out their men’s stadia for one-off women’s matches – with respective attendances of 60,739 and 39,027 – women’s football in Europe continues to progress. The World Cup is now less than a month away, in France, but as we break new ground within UEFA nations, it’s only a reminder of the widening gap between Europe and football in other areas of the world, including Africa.

It only feels like yesterday that Germany were dishing out the second heaviest defeat in Women’s World Cup history as they put 10 unanswered goals past the Ivory Coast. The Elephants had the distinction of being the lowest-ranked nation at the 2015 tournament (No. 67) and had only landed in Canada 72 hours before kickoff against the European giants. Head coach Clémentine Touré’s team, a 90-minute chew-toy for Germany, faced the scrutiny of the underinformed observers, asking what right they had to be competing alongside the traditional greats – a theme reprised last year in Russia at last year’s men’s World Cup.

That wasn’t the first time an African team had turned up and been humbled or humiliated by a bigger nation with better preparation and more money. But as a famous Bob once said, “The times, they are a-changin,” and that is certainly true for some in Africa.

EXTRA: A renaissance in Italy, for clubs and country

For those lucky enough to fall within CECAFA (Council for East and Central Africa Football Associations), COSAFA (Council of Southern Africa Football Associations) or WAFU (Western Africa Football Union), there are regional championships to look forward to. The increased investment is deeply felt within Africa’s southernmost countries as COSAFA have beefed up their investment. South Africa, in particular, are reaping the rewards of a partnership with Johannesburg-based energy supply company, Sasol. With a steady stream of investment and some of the best tournament preparations on the continent – including a trip to the United States – it’s no surprise Banyana Banyana are thriving as they gear up for their debut World Cup this summer.

Yet, with women’s football usually on the bottom rung for these confederations, hoping for a trickle to devote to already underfunded programs, it’s not a surprise that so much disarray exists across the continent. Although Nigeria continue to dominate not just WAFU, but all of the Confederation of African Football (CAF), the conditions for the players remain less than ideal.

With the oldest league in Africa, dating back to 1990, Nigeria reigns supreme; their Super Falcons yet to miss a World Cup since the first in 1991. However, they hit their lowest FIFA ranking ever last year (No. 39), and only once have they made it out of the group stage in seven World Cups.

There has never been a drought of player for Nigeria. Those who graduate from the fiercely competitive Nigeria Women Premier League typically find bigger clubs in Europe. Yet the Super Falcons have consistently failed to set up adequate friendlies, opting to play other African nations or youth sides in the region, or simply not at all – an all too familiar story across CAF members. 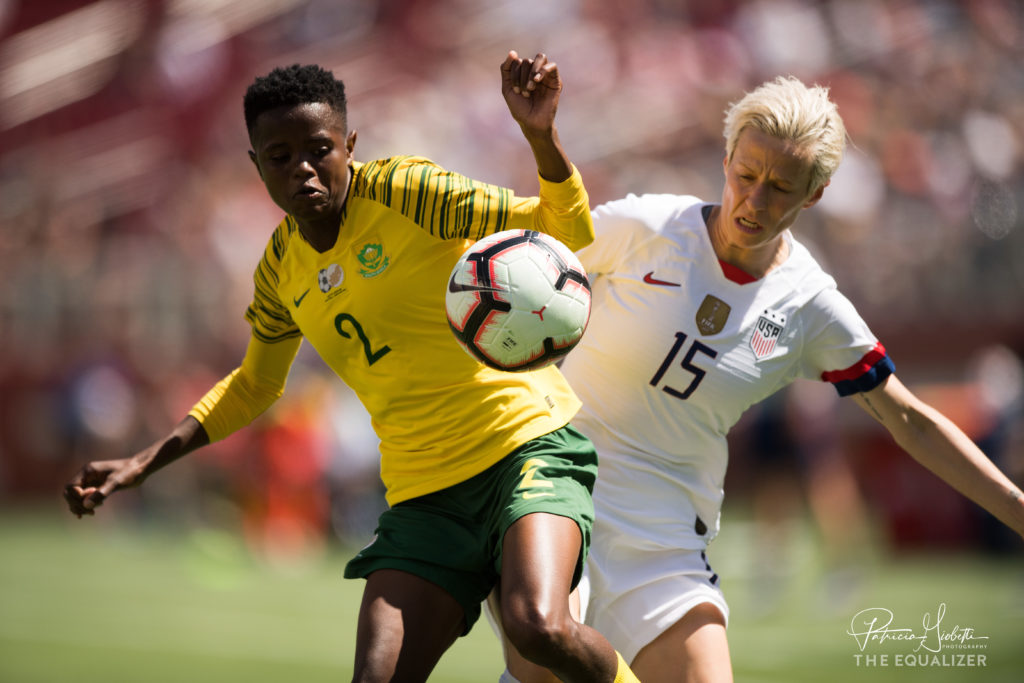 Nigeria’s debut at the Cyprus Cup this year (joining South Africa, who were making their seventh appearance at the friendly tournament), was a welcome, if not desperately overdue, change. Their performances were nothing to write home about, but rather speak to a gradual change – although it seems unlikely it will catalyze more teams into joining such tournaments, a lack of funds a hurdle that can’t be cleared by many (travel typically costs six figures per team for the week-plus tournament). On a continent that has had more than its fair share of scandal and misappropriation of funds, there continues to be the issue of teams actually receiving money that is rightfully theirs. Scraping cash together to get national teams to qualifiers remains a problem, with nations routinely withdrawing from both the African Women’s Cup of Nations as well as the Olympic qualifying tournaments.

Yet, through the struggle and disappointing apathy from some federations, women’s football continues to grow in Africa. The emergence and success of sisters Tabitha and Temwa Chawinga was enough to prompt the Football Association of Malawi to send a team to the recent Olympic qualifiers, where Malawi comfortably advanced.

Further north, Ethiopia is enjoying a sizeable boom, with the federation backing the Ethiopian Women’s Premier League. The league is fully comparable to those in Western Europe with the sizes of crowds that can be drawn (2,000-5,000 people) for bigger matches, and the players in the league earning around £750-£1,150 per month. While back in the south, lowly Zambia (No. 116 right now) impressed at last year’s AWCON, beating higher-ranked Equatorial Guinea (No. 70) and holding eventual runners-up South Africa (No. 49), a testament to the value of COSAFA’s investment and the steady rise of the south.

EXTRA: The history of the Damallsvenskan, and the challenges ahead for Sweden 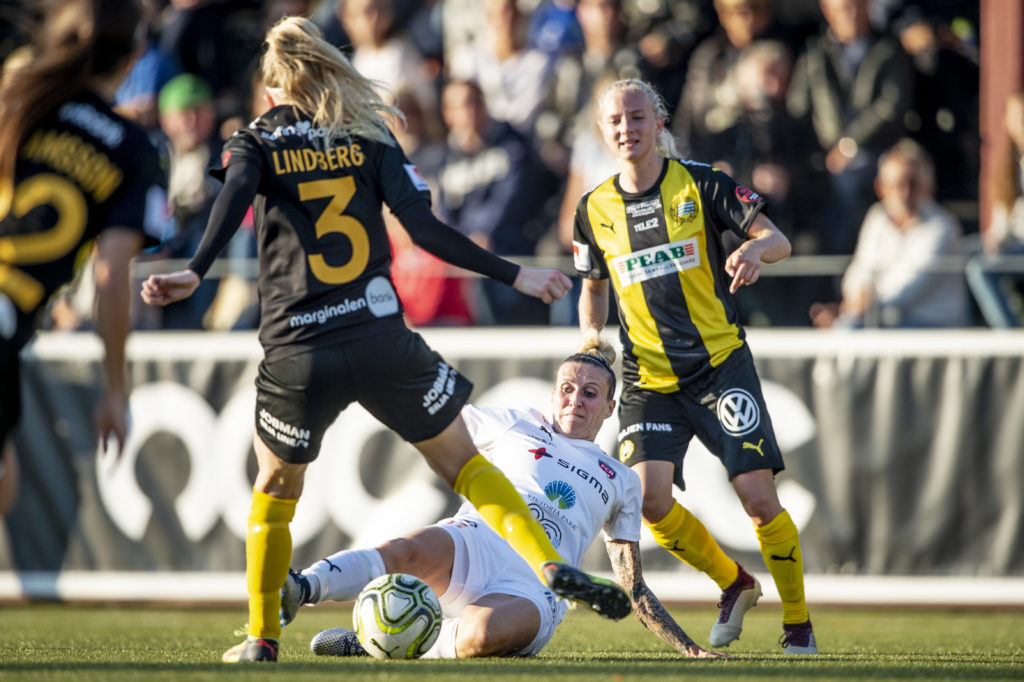 The emergence of Ethiopia and Uganda in the east, as well as South Africa and Zambia in the south, is something that could yet tip the balance of power across the continent with the traditional powerhouse in the west looking increasingly weaker, bar Nigeria. However, traditional cultural barriers could yet halt the progress in the east in its tracks.

Still there are questions to be asked of nations like Ghana, a country whose Under-20 and Under-17 teams who have qualified for every World Cup from 2008 onwards, yet whose senior team has been absent from the World Cup since 2007. Both Ghana’s and Nigeria’s appearances at the youth tournaments range from respectable to highly impressive, notably when the Super Falcons made the last four over three successive U-20 tournaments between 2010-2014, including twice losing to Germany in the final. Although that was largely one particular crop of players, the African representation on the global youth scene is starting to wane, not least down to the well-documented rises of nations like Spain, who in 2018 won the U-17 World Cup and finished second at the U-20 World Cup.

For large swathes of Africa, it’s the slow, sometimes barely noticeable, progress being made that brings about hope that, in time, the continent will be able to catch up to the more progressive confederations in Europe and Asia, and the bigger Concacaf programs like the U.S. and Canada. However, for those within the central region of UNIFFAC (Central African Football Federations’ Union) or the northern states of UNAF (Union of North African Football Federations), there is the serious question of stagnation.

While Cameroon benefits from exporting a handful of players into Europe, there is little the Democratic Republic of the Congo can do about falling under UNIFFAC. The team has no regional championship, the powers that be allowing the team to fall off of the FIFA rankings due to inactivity.

As the middle of the continent sits in limbo, things don’t look particularly brighter in the north. The one and only UNAF Women’s Tournament having took place 10 years ago, with only three teams opting to participate. The UNAF tournament was as ill-fated as the one-time Arab Women’s Championship in 2006, which incorporated a handful of AFC teams. Worse still, Morocco (now No. 79 in the world) and Algeria (No. 84) are the only two northern African nations classed as active on FIFA’s current ranking.

There are positives and negatives across the African continent as CAF members slowly aim to increase the attention on their women’s programs. Some nations are on the rise as others recede due to dormancy and apathy. Financial and cultural barriers remain firmly in place, but a wind of change has been blowing through the continent, as in Europe, as more Africans are waking up to women’s football.