Three things the USWNT must address before the World Cup 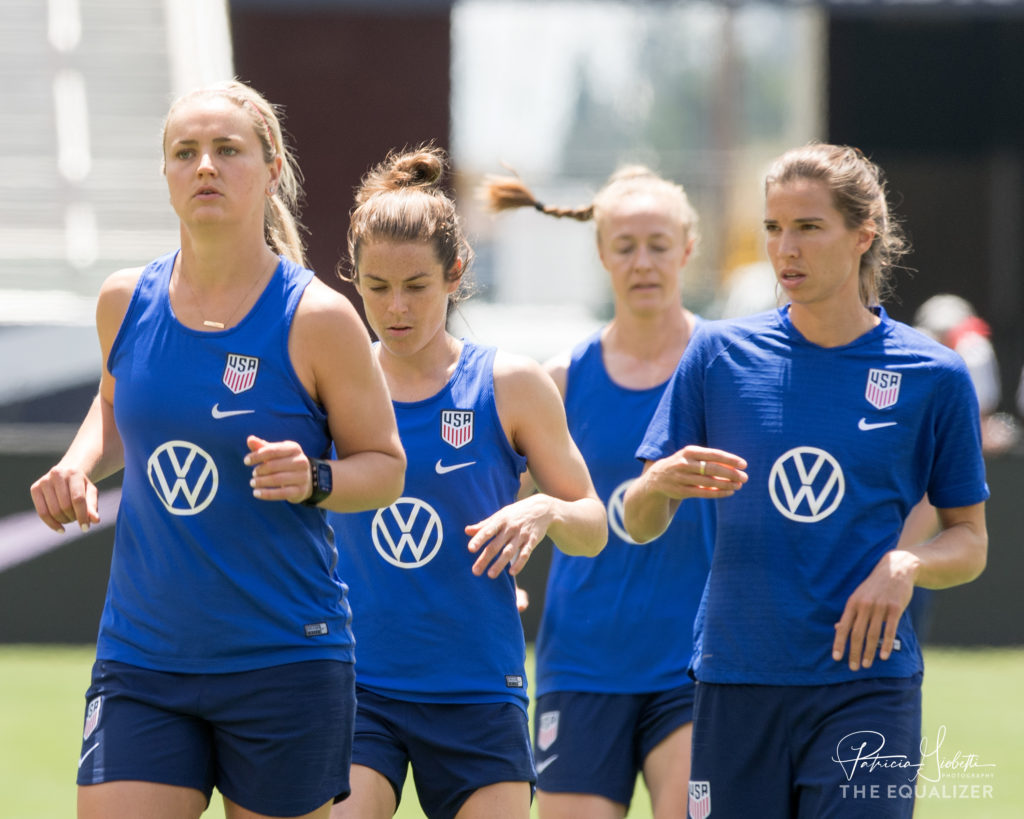 The United States women’s national team’s World Cup roster is set, and for better or for worse, Americans have 23 players in which all their hopes rest, barring injuries (knock on wood). The U.S.’ performances in 2019 have been uneven at best thus far, with both highs (the Australia goal fest) and lows (opening the year with a whimper in France).

Now, all that stand between this team and their first group-stage game are three sendoff matches, two against other World Cup-bound teams and one Concacaf opponent that missed out. Plenty of questions remain about this team, so here are three I’d like answered before they board the plan to France.

U.S. coach Jill Ellis has made it clear that her starting fullbacks are Kelley O’Hara on the right and Crystal Dunn on the left. That is, if O’Hara is fully healthy. She is healthy enough to start against South Africa. It’s fair to say O’Hara will play in the World Cup, but probably not every match. Ellis will have to find a balancing act between giving her enough minutes to work her back to full health and making sure she’s ready to go for the intensity of the knockout rounds, similar to what she did with Alex Morgan four years ago as Morgan returned from injury. Unfortunately, that also means Ellis may need to burn a sub on a defender, something coaches like to avoid in a tournament with only three subs per game.

Based on what we’ve seen up to this point, Emily Sonnett will be O’Hara’s immediate backup, and as such will also certainly play in this World Cup. I’ve been clear on my thoughts on Sonnett’s inclusion on this roster, but she’s here, so all I need to say is neither her club form nor her appearances for the national team as of late inspire much confidence.

EXTRA: ‘It was probably one of the toughest weeks of my life,’ Casey Short says

The other potential backup for O’Hara is Ali Krieger, who played all but about 10 minutes at right back in the 2011 and 2015 World Cups. Krieger has been her usual steady self for Orlando and seemed fine against Belgium, but she’s also been out of the international game for almost two years. Ellis clearly thought enough of Krieger’s experience and form to pull her in at the last possible minute – also an indication of Ellis’ confidence (read: none) in her defensive experiments over the last few years. But while Krieger should be fine if called upon, we haven’t seen her tested at this level in a while.

On the left, Tierna Davidson, a rookie center back in the National Women’s Soccer League, is Dunn’s backup. Yes, that’s it. If really needed, a healthy O’Hara could deputize on the left while Sonnett or Krieger fill in on the right – and for that matter, Krieger has had a handful of matches at left back over her long career. Still concerned? Yeah, me too, but without Casey Short, that’s what we have.

All this to say, Ellis needs to spread the minutes over these three sendoff games among all of these players, and that means more than cameo appearances. This is not the defense of 2015 (even if that was also questionable up until the second half of the first group stage match). They need to prove they are ready.

Who can replace Rose Lavelle?

This group of midfield players is an odd mixture. We have Julie Ertz, a No. 6; Lindsey Horan, a No. 8 who can deputize as a six; Sam Mewis, same as Horan; Allie Long, a six who can deputize as an eight; and Morgan Brian, a six or an eight (better as an eight, in my opinion). And then there’s Rose Lavelle, the only clear No. 10 in this mix. Lavelle, like O’Hara and others, has concerns about her health, and like O’Hara, there are questions about the depth beneath her.

Out of the other central midfielders, Horan has the best skill set to play a more creative role and is the most attack-minded. Carli Lloyd played as a 10 for much of her career before settling in as a No. 9 over the last few years, so the option is there if absolutely necessary. Ellis tried Mallory Pugh there recently, with dismal results. However, the best option might not be any of these three; the best option might be Christen Press.

Out of all the bench players on this roster, Press is far and away in the best form, no matter which uniform she wears. In fact, she’s in the best form of nearly everyone on the roster and possibly the best of her career. The question of why she is on the bench to begin with is a matter for another day, but in short, her individual form doesn’t outweigh the chemistry of Morgan, Megan Rapinoe, and Tobin Heath, and questions linger about her effectiveness under pressure. Regardless, Press will see plenty of minutes this time around.

Like Lavelle, Press is able to mesh technical skill with creativity and sees opening that few others do. She’s played as an attacking midfielder, off and on, and although she’s best as a pure No. 9, she can do the job. I’d like to see her spend time as a nine, 10, and winger over these matches, all spots she could potentially fill.

Speaking of the midfield …

If I had to guess at Ellis’ preferred starting three in the middle, it’s Ertz, Horan, and Lavelle, who offer a solid combination of differing skill sets and roles. Any other combination Ellis has tried tends to be overly defensive or with players that are too similar. The one exception is probably if she swapped Mewis in for Horan in the above-mentioned three.

So expect to see those three get plenty of time, and hopefully they demonstrate how to build through the midfield. With players like Rapinoe and Heath out wide, and attacking fullbacks like Dunn and O’Hara underneath them, U.S. play tends to almost always flow through the flanks. Which is all well and good, especially if you have those players, capable of breaking down nearly any defense, but what if you don’t? Or what if an opposing team correctly reads their predilections and bottles up the wings? Or what if a team lets them have the flanks and runs their counters through the center of the park? All of these are scenarios we’ve seen.

The U.S. has world-class midfielders. Horan is the reigning NWSL MVP, Lavelle is unlike most of the players who have put on a U.S. jersey, and Ertz changed the way the U.S. played when she moved from center back to defensive midfield. Let them play, and let’s see them control a game.

I could go on and talk about goalkeeping, center back communication, and the role of Jess McDonald. But the aforementioned are three questions I think could change the fate of the U.S. at the 2019 World Cup. While so many factors go into winning a tournament, some of them outside anyone’s control, settling these three issues before the opening kickoff could go a long way toward obtaining that fourth star.