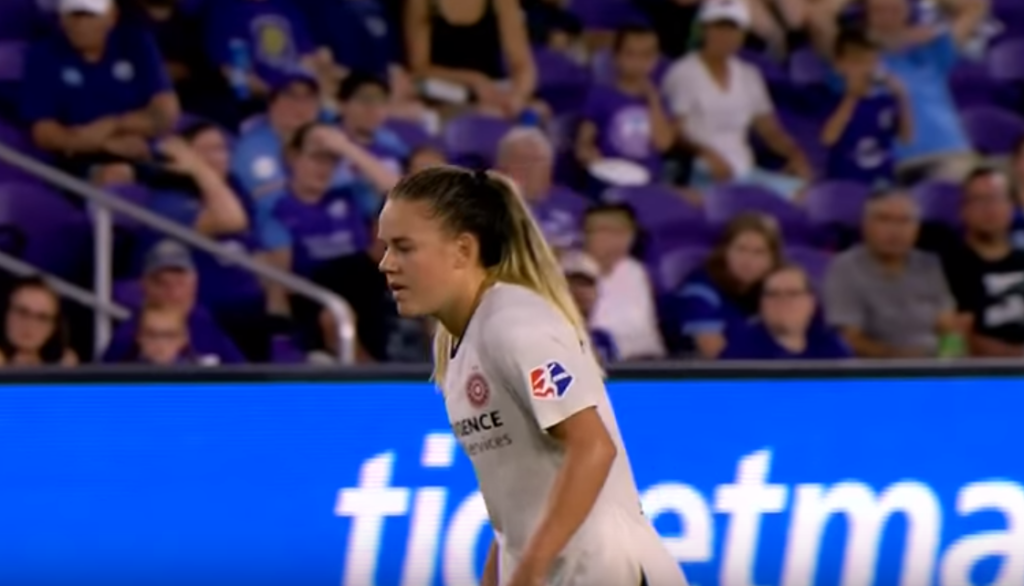 Rain had been threatening Orlando City Stadium all evening, and when the clouds finally rolled in a minute and a half into second-half stoppage time, with the Portland Thorns ahead of the Orlando Pride 3-1, and the ref blew the whistle not to call the game but to signal a weather delay, it was the perfect ending to a strange, sloppy game that consisted for long stretches mostly of chaotic half-clearances, missed passes, and senseless fouls.

Two weeks after the departure of the U.S. women’s national team players, and two ahead of the complete exodus of all World Cup players to their respective training camps, this match-up was one between two teams still trying to find their feet, but for seemingly different reasons — and, ultimately, with very different results. A deeper analysis of Orlando’s current issues has been an ongoing topic, but for Portland, there are some takeaways from tonight.

The Thorns, in the absence of Tobin Heath, Lindsey Horan, Christine Sinclair, and Emily Sonnett, had to radically revamp their look, and returned to the three-back formation they used for most of 2017. That season, the formation was a way of compensating for the loss of width in the attack wrought by Heath’s extended injury, as Portland’s wingbacks could make forward runs simultaneously while still leaving three defenders back. It was a strategy that paid dividends back then, as Meghan Klingenberg finished the season with seven assists.

But two years later, the personnel is quite different, and Portland has added some wrinkles to the press-and-kick game plan that won them the championship that season. The Thorns were sloppy on Saturday, and the 3-1 result doesn’t feel quite fair, but it was also clear what the offensive game plan is supposed to be, and there were moments where it was possible to envision it working. 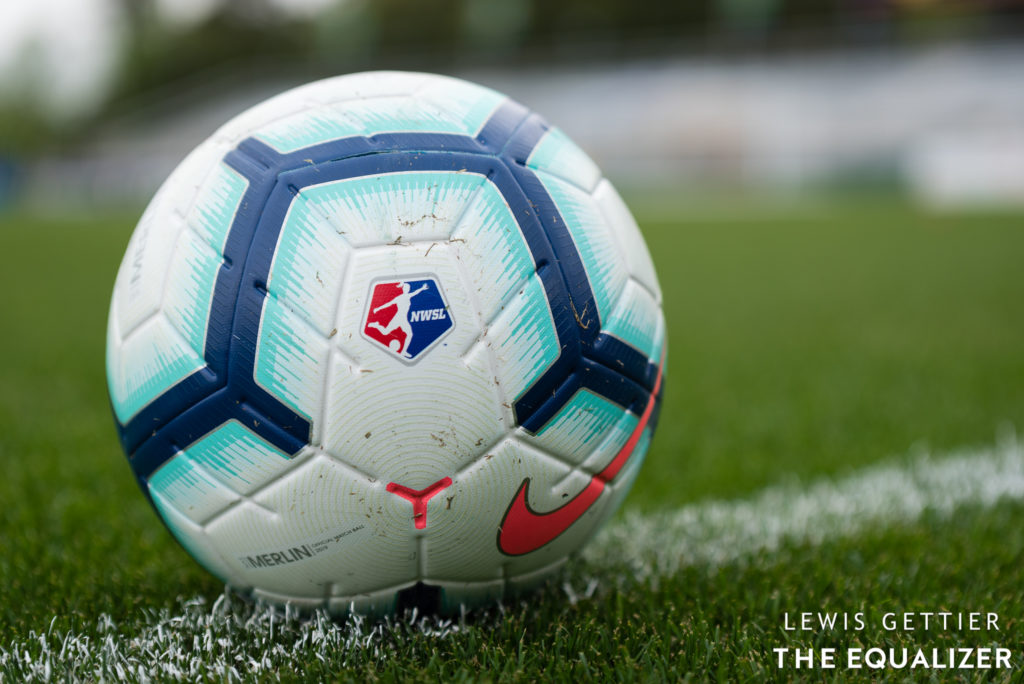 The key offensive player in this setup was Andressinha, who in Christine Sinclair’s absence was finally able to return to her best position as a No. 10. The Brazilian was among the best playmakers in the league at that position for the Dash back in 2017, but couldn’t find a starting spot last season in a stacked Thorns midfield. Mark Parsons tried to deploy her as an eight for a chunk of the season, but she clearly didn’t have the physicality required of a box-to-box player in Portland’s three-woman midfield, and was rarely able to show off her world-class vision and passing range.

Saturday, to be sure, was hardly a showcase of elegant attacking soccer, either, but we saw some glimpses of what Andressinha can do when she’s freed up to act as a pure playmaker. Dagny Brynjarsdottir and Celeste Boureille’s strong defensive presence in midfield was crucial there; one example of that was in the 12th minute, when Brynjarsdottir stripped the ball off Dani Weatherholt and tapped it to Andressinha, who threaded a beautiful through pass that landed perfectly in the path of Ana Crnogorcevic’s run.

That play didn’t ultimately lead anywhere, but a similar moment in the 35th minute did, when Brynjarsdottir picked up a hard touch by Erin Greening, turned, and made a quick pass upfield to Andressinha as Weatherholt and Joanna Boyles closed in. Andressinha then deftly turned around the onrushing Emily Van Egmond and sent a forward pass to Caitlin Foord, who dribbled several players and found Ellie Carpenter at the top of the box. With Orlando’s defense in disarray by that point, Rachel Hill took Carpenter down from behind, giving Portland the free kick that Andressinha curled impressively into the upper 90 for Portland’s second goal.

Of course, it also has to be said that both of those plays started out with both teams struggling to maintain possession in the midfield, with both Brynjarsdottir and Boureille first participating in a lot of chaotic bouncing around, and only ending up in possession after some mistakes of their own.

It also has to be said that the Pride — much like the Pride team Portland faced in their season-opener — was truly poor, and against a more present midfield, the Thorns will need to clean a lot of things up. That goes for the midfield as well as the forwards, as both Foord and Crnogorcevic failed to finish in one-on-one situations.

But the three-back is a look that has worked for Portland in the past, and can again, especially with Andressinha available as a playmaker. The real difficulty will come when both she and Portland’s three Australians depart for the World Cup.