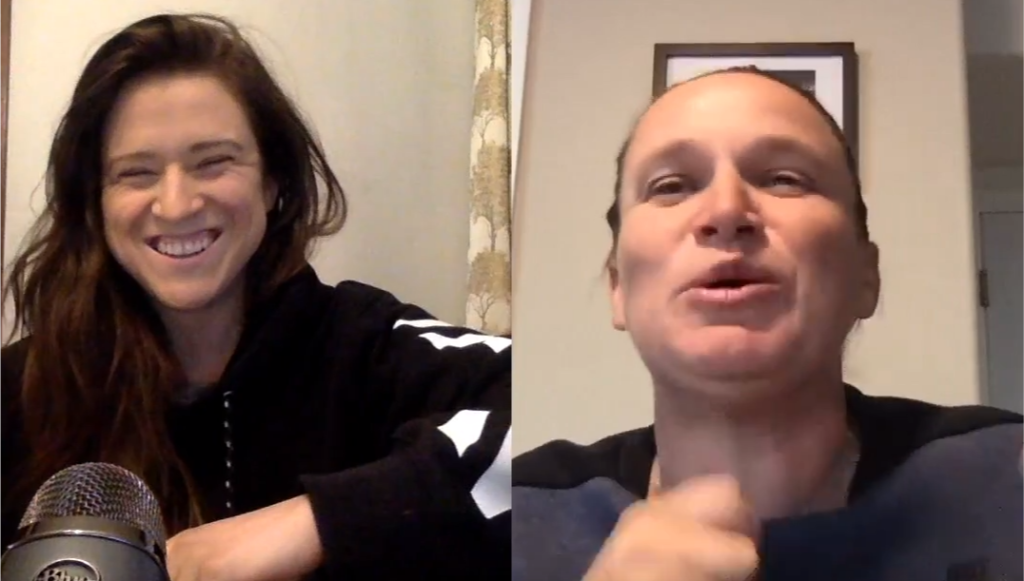 McCaffrey, who played four seasons in the National Women’s Soccer League and earned six caps for the United States, hosts the show and looks at the weirder side of the NWSL. You know: coaching fashion, terrible tackles, funky plays. Serious Business.

The show will be broadcast on Instagram TV (IGTV) exclusively, so follow The Equalizer there. This first episode, with Utah Royals FC head coach Laura Harvey and Portland Thorns FC defender Emily Sonnett, was too good to keep under 10 minutes (IGTV’s time limit), so we broke it into three parts.

As Steph and I were discussing the idea for this show and the need for it in the NWSL space, she expressed to me that she wanted this to benefit the players who will appear on the show. Steph asked that what The Equalizer donate to the NWSL Players Association for each episode produced, and we were happy to oblige.

So, we have a lighthearted NWSL show produced by, with and for players. Our goal is to be funny but insightful, looking at the sometimes comical league which we cover. We hope you enjoy it.

Editor’s note: This show is made for IGTV, which is consumed on mobile. The best way to watch is on mobile, rotating your phone to landscape. On desktop, the videos below will be sideways. We’ve posted them here to make sure you don’t miss anything on Instagram.

Dash are trending up, but finishing issues are holding them back
The Lowdown: How USWNT bubble will impact NWSL