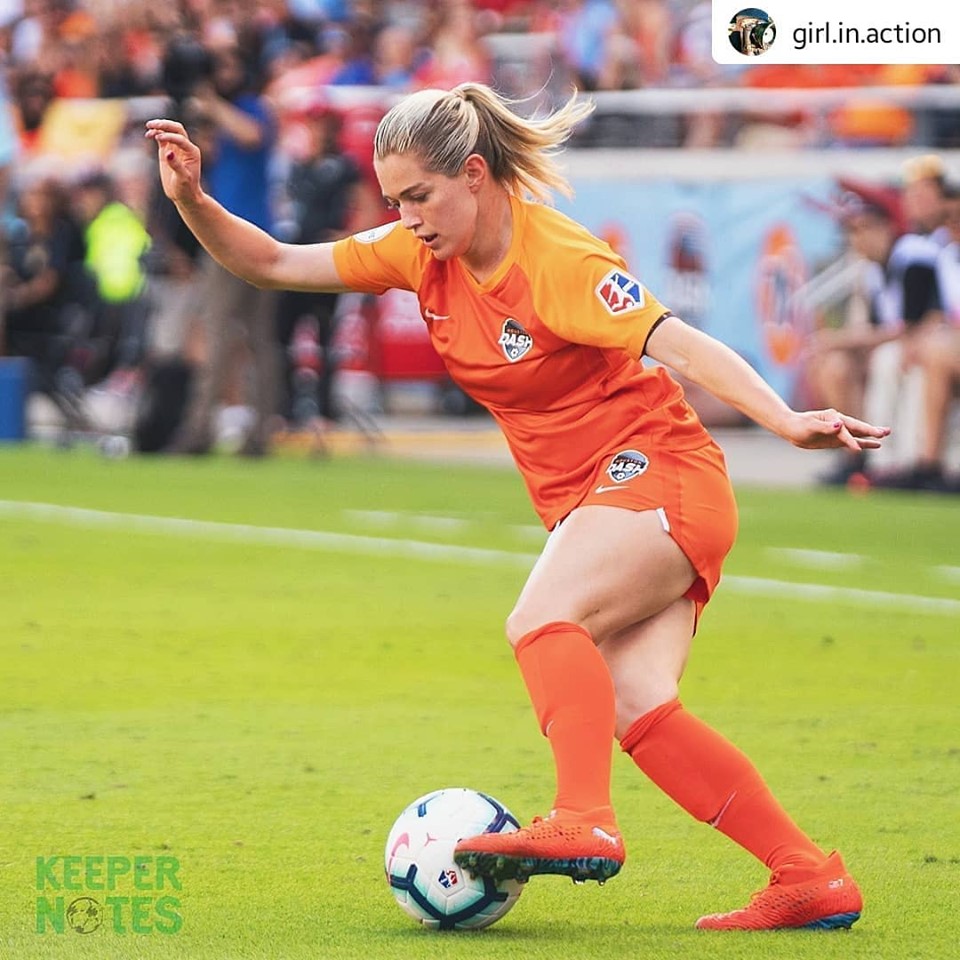 Kealia Ohai hit a cracker to the far post in the 7th minute and the Houston Dash rode that goal to a 1-0 victory over Orlando Pride on Sunday evening. The Dash’s first home victory of 2019 sent the Pride to their fourth loss in five matches to open the season. The Pride last won July 14 in Utah.

The Dash goal was a moment of brilliance from the club’s first-ever draft pick Ohai. But it took a well-played long ball from Sofua Huerta to put Ohai into space down the left side. Working against rookie Erin Greening, Ohai closed down the space between her and the goal as Greening backed off clearly not wanting to get beat for speed. As Alanna Kennedy came to help, Ohai cut to her right foot and placed a perfect shot to the far post for her first goal of the season and 27th in NWSL.

The Dash saw out the result from there as the Pride were blanked for the fourth time in five matches. Rachel Daly had a chance to double the lead later in the first half when she got in on a breakaway. She likely held onto the ball too long and her shot wound by being saved by Hayley Kopmeyer. It marked the third time this season Daly failed to score when matched up directly with the keeper.

Marta had the best Pride chances in the second half, hitting the crossbar once and just missing high from in close a few moments later. In the end it was the fifth straight match for Marta without a goal or an assist, her longest such streak as a member of the Pride. Jane Campbell earned her second clean sheet of 2019 and for the first time this season did not face a penalty (none have been converted).

The Dash (2-1-1, 7 pts) hit the road to visit unbeaten league leaders Utah Royals FC the afternoon of Saturday, May 11. The Pride (0-4-1, 1 pts) are now winless in five to open the season and 11 dating back to last July. Next up is a visit from the Portland Thorns, also May 11.