NWSL: Endgame – Courage stay undefeated but may not feel so good 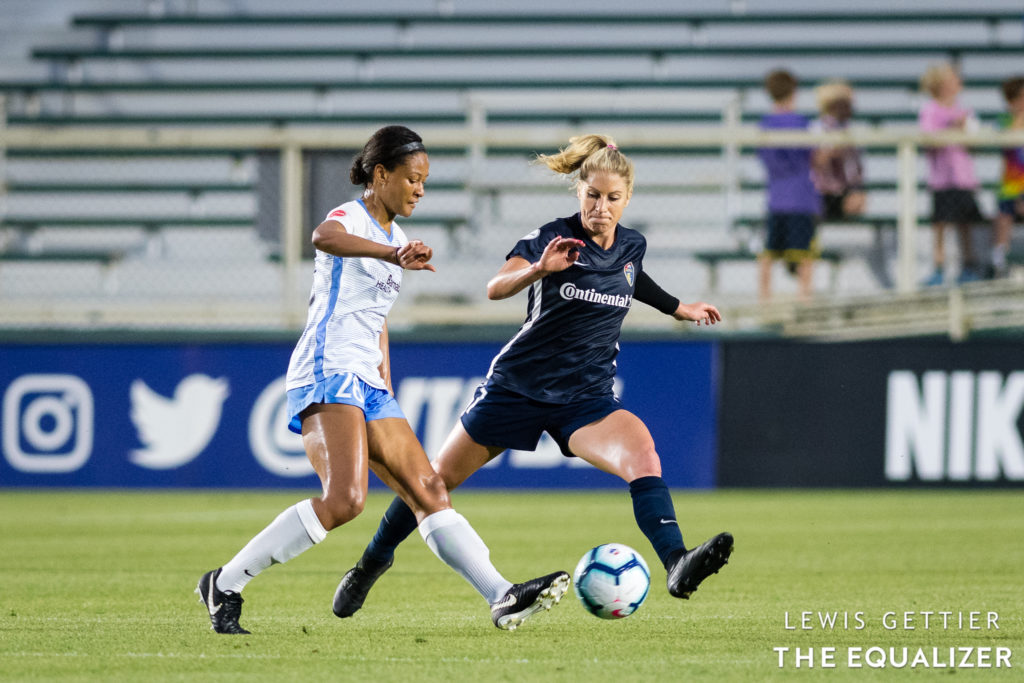 CARY, N.C. — The North Carolina Courage sponsored a Star Wars-related theme night for their May (the) 4th match against Sky Blue FC. There was sporadic cosplay around the ground, themed scarves were sold, and John Williams orchestrations blared over the Sahlen’s Stadium speakers. But as the Courage tiptoed between homage and trademark infringement, another sci-fi allegory was sweeping across the NWSL.

This week, U.S. national team manager Jill Ellis donned her World Cup gauntlet, snapped her fingers, and made 23 American avengers vanish from the league. Many Canadian players will disappear next week, followed thereafter by other international stars. In the aftermath, those NWSL players who remain are tasked with filling the void and carrying on in the absence of their missing teammates until they return for the season sequel (due to be released in two months, more or less).

Five players named to the U.S. World Cup roster missed Saturday’s match between North Carolina and Sky Blue FC: Crystal Dunn, Sam Mewis, Abby Dahlkemper, and Jessica McDonald for the Courage, and Carli Lloyd for Sky Blue. After 90 minutes of play, bisected by 90 minutes of weather delay, the Courage and Sky Blue ended in a scoreless draw, the first goalless match for the Courage since July 20, 2018 against the Utah Royals, a span of 10 games.

North Carolina extended its NWSL undefeated streak to 17 games, including last year’s playoffs. And, the night provided manager Paul Riley with some answers about his squad heading into the World Cup season. However, it also left him with nagging questions.

Access the best women’s soccer coverage all year long
Start your FREE, 7-day trial of The Equalizer Extra for industry-leading reporting and insight on the USWNT, NWSL and beyond.
Subscribe
Existing Users Sign In Here
Related TopicsExtraFeaturedMcCall ZerboniPaul Riley