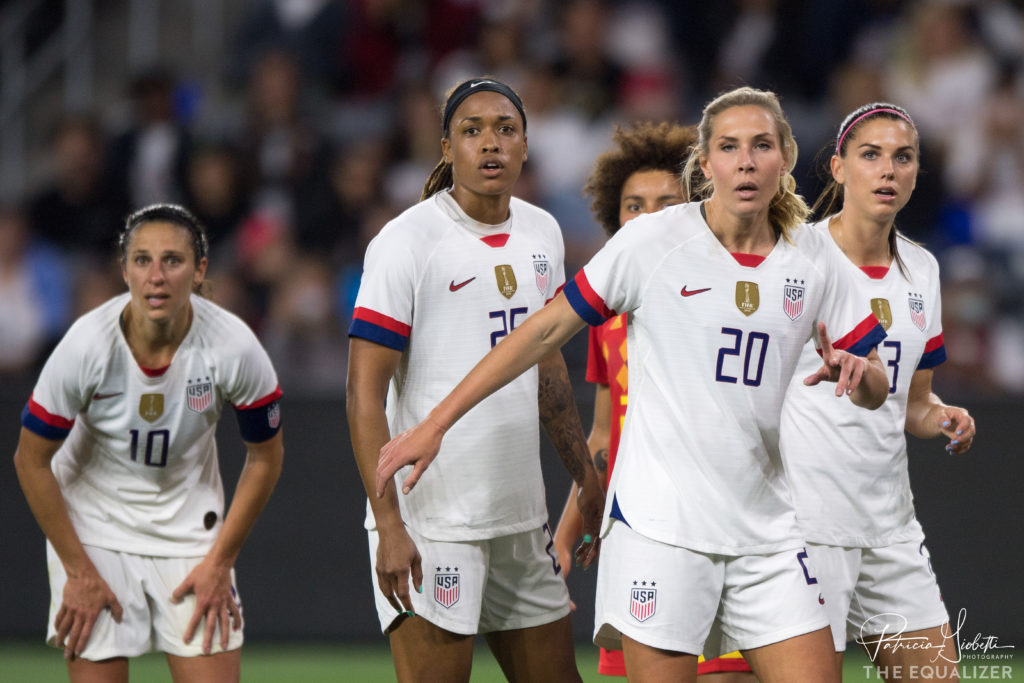 The USWNT’s X-factor is still waiting to be found

The USWNT’s X-factor is still waiting to be found

What’s old is new again for the United States women’s national team. That’s not so much to do with age – though this 2019 squad shares an average age of 28 with the 2015 team, which was the oldest at that tournament.

No, in this case it means that even the two players deemed as surprise inclusions on Jill Ellis’ World Cup roster are regulars – starters in the 2015 World Cup final, in fact. Ali Krieger and Morgan Brian have been here before, Krieger 99 times in a U.S. jersey and Brian throughout the past few years. Neither is a teen prodigy slipping into the roster ahead of schedule, nor the journeywoman still unproven at the international level. The Americans have the latter as part of their 23, but somehow, the likes of Jess McDonald and Allie Long are actually less surprising inclusions at this stage.

Krieger and Brian are effectively the last two in, to borrow Selection Sunday terminology. There will be no NIT for the last two out – Casey Short or McCall Zerboni – both of whom were in search of their first and last big dance.

Brian’s return is particularly interesting given that she was the one of the true X-factors in turning around the Americans’ fortunes in Canada four years ago.