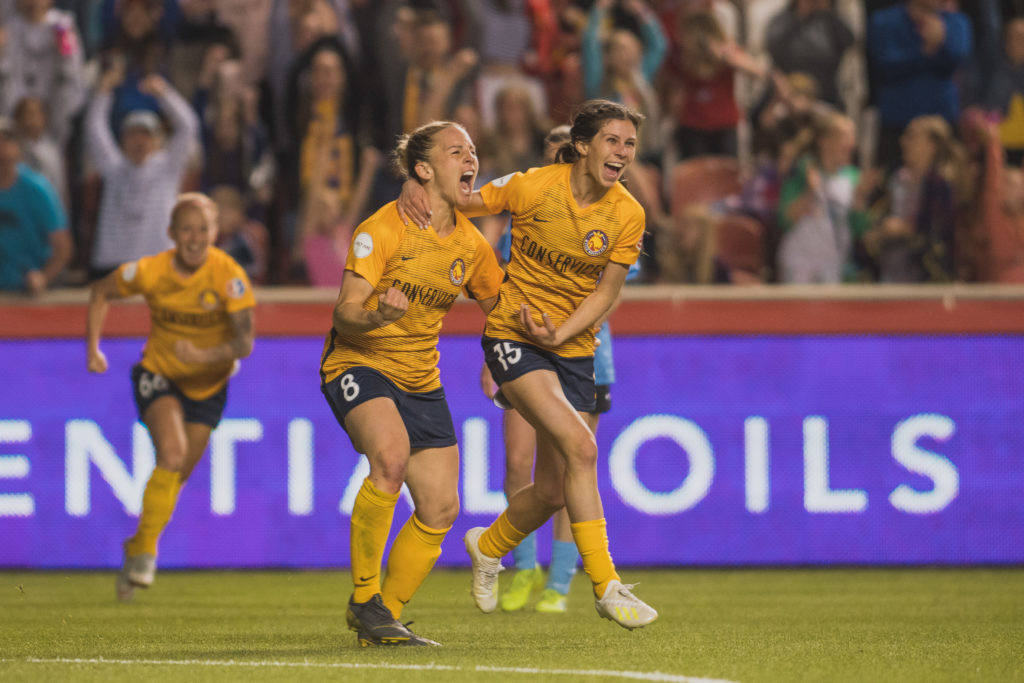 It took time, but Amy Rodriguez found her first goal of the NWSL season against the Chicago Red Stars. In fact, the time that it took was 84 minutes of a single match. Rodriguez found herself neck-and-neck with Katie Naughton. However, the veteran striker had the upper hand, taking what looked like an impossible kick toward goal.

Rodriguez’ goal was certainly helped by the fact that Chicago was featuring with 10 players.

In the 42nd minute, late in the first half, Katie Johnson was given a straight red card by referee Farhad Dadkho for finding her elbow in contact with Vero Boquete’s face. The two were going up for a header, with Johnson’s elbow making the contact. She was given a red card and sent off the pitch.

Chicago was forced to feature down a player for an extra three minutes and then a whole 45 minutes. However, the Red Stars were able to hang with the full-squad of the Royals, up until Rodriguez’ goal. Chances from Boquete and Rodriguez, previously, were blocked, dodged and saved by the Red Stars defense and goalkeeper Emily Boyd.

Boquete even saw a free kick smack off the crossbar only minutes before Rodriguez’ goal.

The victory for Utah propels the Royals into first place in the NWSL. However, the Royals haven’t featured in a complete slate of matches, like other clubs with more games under their belt. Utah has picked up nine points in their three matches. However, Utah is in close quarters with the North Carolina Courage, who will wait until tomorrow to face Sky Blue FC.

Meanwhile, the Red Stars will wait until May 12 to face the defending NWSL champions. However, they will do so without Katie Johnson, unless the Red Stars elect to appeal and find themselves successful.