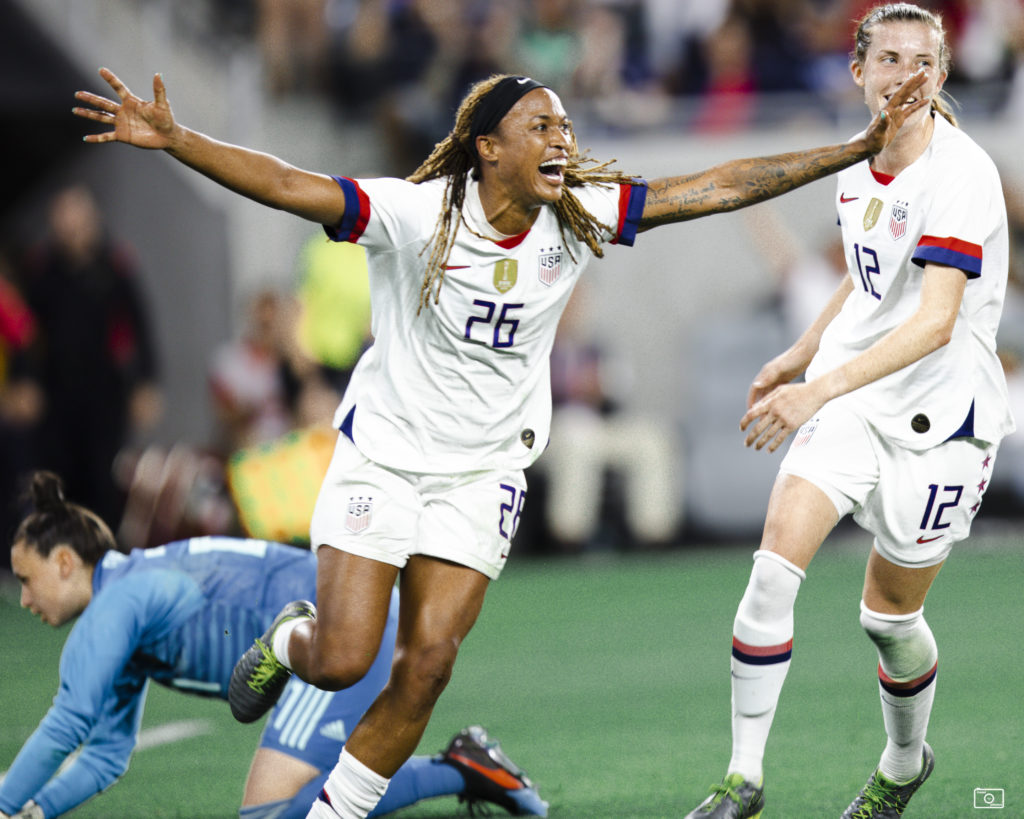 In soccer, the short throw-in possesses the virtue of certainty. The player taking it has more control, the trajectory of the ball is less varied, and its destination is more predictable. Purists regard it as safer, more traditional, maybe more refined.

The long throw-in, on the other hand, is something many in the sport eschew. It’s less manageable, its path less sure, its destination unknown, its result far from foreseeable. There’s more risk, but when it’s taken by the right person, at the right place and time, there’s also the promise of greater reward.

Jessica McDonald is women soccer’s Rory Delap, the renowned English practitioner of the long throw-in. When the ball goes into touch inside the North Carolina Courage’s attacking third, McDonald’s parabolic pitches are a dangerous weapon. They require strength and skill. They’re often effective. And they still have naysayers.

“I just watched [another player] in an interview after we scored multiple goals off my throw-ins, and they were like, ‘Well, they didn’t really play soccer and just relied on long throw-ins,’” McDonald says. “Just discrediting us for using the long throw-in. I’ve heard it multiple times from other people.”

Like her set piece of choice, the life of Jessica McDonald is littered with losses of control, uncertain pathways, and unpredictable outcomes. Rewards didn’t always follow risks, but perseverance did through well-chronicled injuries, motherhood, and a nomadic career. Now, the soccer journeywoman, who recently worked off-season summer jobs to feed her family, is on the verge of spending this summer in France, representing the United States at the Women’s World Cup. Few folks, least of all McDonald, would have predicted such a thing mere months ago.

Access the best women’s soccer coverage all year long
Start your FREE, 7-day trial of The Equalizer Extra for industry-leading reporting and insight on the USWNT, NWSL and beyond.
Subscribe
Existing Users Sign In Here
Related TopicsExtraFeaturedJess McDonald