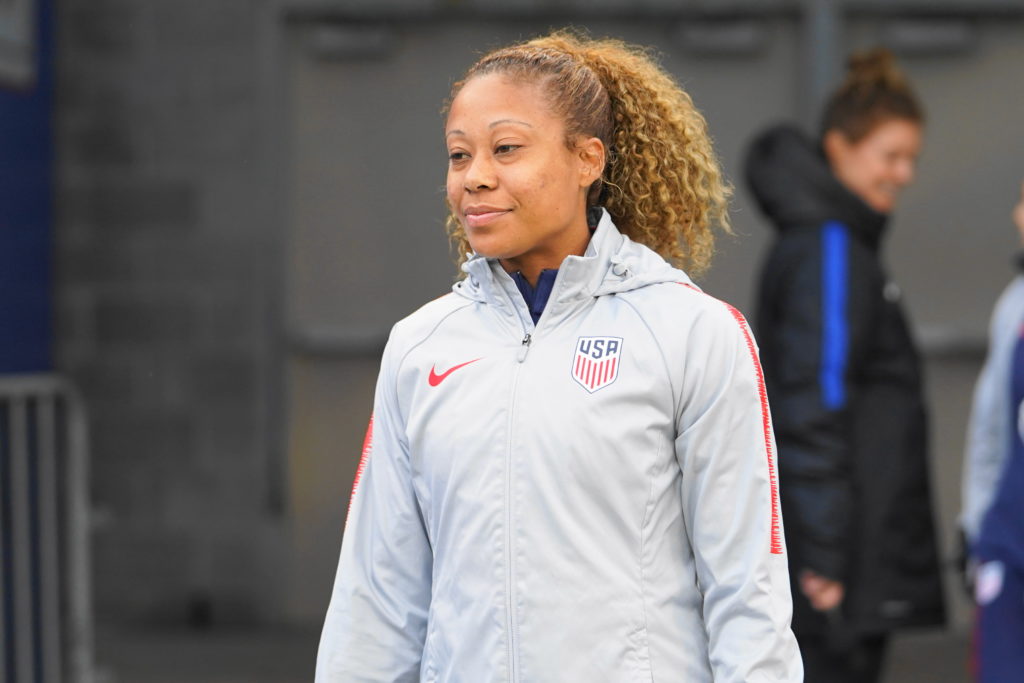 Short first earned a call-up to the team in October 2016 when Ellis began reshaping the roster following the Americans’ quarterfinal exit from the Rio Olympics. Since then, the defender had become a mainstay in U.S. camps, receiving invites for all but one set games over the past two and a half years.

In total, Short made 20 U.S. rosters over that time span, a number eclipsed by only one player, goalkeeper Alyssa Naeher. That factor alone makes Short’s exclusion a surprise, but the fact that she has also been an allocated player over the past three seasons—meaning that U.S. Soccer pays her a yearly salary and subsidizes her play in the National Women’s Soccer League—adds to the intrigue.

When Short first made the U.S. roster in 2016, it represented one of the feel-good stories of the year. After working her way through three separate ACL surgeries, including one that delayed her professional career, she played a year abroad in Norway to regain her form before returning stateside. Then, in 2016, a standout season with the Chicago Red Stars earned her that call-up to the U.S. squad for the first time.

Short played well from the beginning with the Americans, starting all four matches to close out the 2016 international calendar and then earned 15 caps in 16 games for the U.S. in 2017. She even displayed her versatility with some minutes on the international level as a center back that year.

In 2018, however, Short seemed to begin losing favor with Ellis and only saw action in eight of 20 games. The defender has been benched completely in 2019 and did not see action in any of the U.S.’ seven matches to date.

During the last national team camp, Short also suffered from an unfortunately timed hamstring injury, although she appeared to return in excellent club form, starting the last two matches for Chicago and scoring in last week’s win over Reign FC.

Short also drew praise this spring for her individual defending against Tobin Heath — perhaps the most dangerous winger in the world — in both a preseason game against the Portland Thorns in March and the two players’ league matchup two weeks ago.

Another factor making the decision a surprise, despite Short’s lack of recent playing time with the U.S., is the team’s dearth of reliable options at the outside back position. While Kelley O’Hara is a world-class option, she has been frequently injured and hasn’t played a full 90-minute match since October of last year. Crystal Dunn has proven she can get the job done in the past, but is arguably in her worst stretch of defensive form after struggling at the SheBelieves Cup in March.

Emily Sonnett and Tierna Davidson are both converted center backs — and have both looked shaky in the wide position — and Ali Krieger was only brought back into the fold this April after an 18-month absence from the team.

Short, on the other hand, has had more consistent club form at the outside back position than any other player on the U.S. roster. When the Americans get into the knockout rounds in France, they are going to run up against teams in which a shutdown outside back is needed. If, for any reason, O’Hara or Dunn are not available in those matches, the U.S. could be in serious trouble.

What’s next for the 28-year-old Short is anyone’s guess. A shot at the 2020 Olympic roster certainly seems possible, but it’s not a stretch to think this may have been her best and perhaps only shot of representing her country in a World Cup.