NWSL Week In Review: What has happened to Orlando? 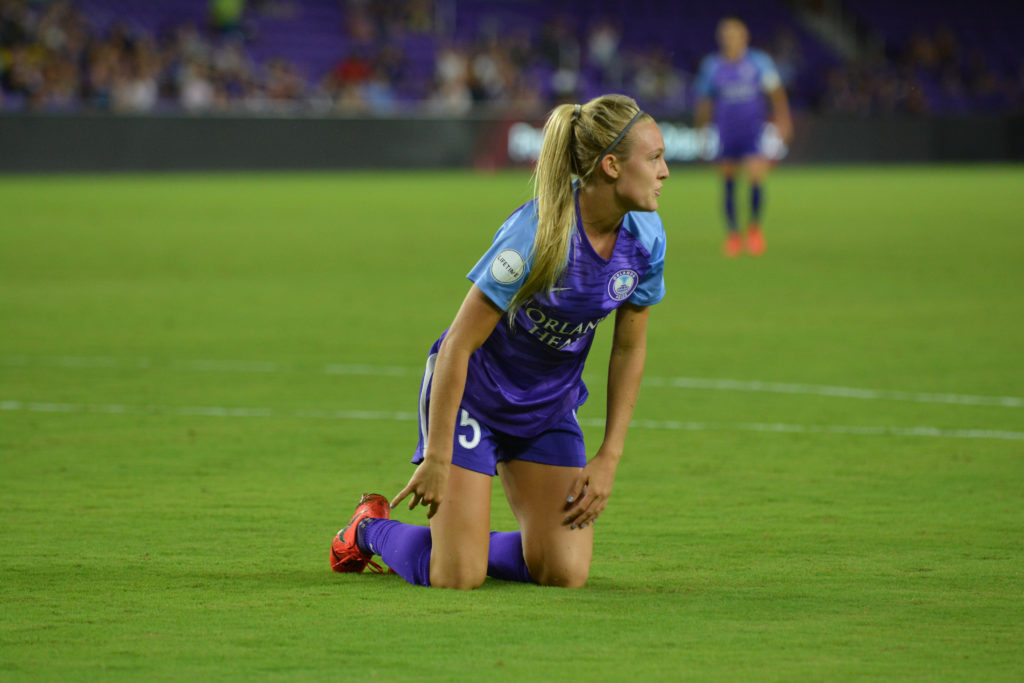 There was a new coach and new optimism to open the 2019 Orlando Pride campaign, but just three weeks and four games in, a return to the form that allowed them to grab a playoff berth in 2017 (finishing third) seems extremely unlikely, especially with the likes of Alex Morgan, Marta, Ashlyn Harris, Shelina Zadorsky, Emily Van Egmond, Camila, and Alanna Kennedy probably missing for a good part of the next two or three months.

It’s worth noting that the Pride led NWSL in scoring two years ago with 45 goals, which wasn’t that surprising. Marta – six times World Player of the year and four times a runner-up – finished with 13 of them, second behind only Sam Kerr in the league. Morgan had nine, which also surprised almost no one. The three players tied for third: Chioma Ubogagu, Kennedy, and Camila (4 goals each) are all still currently on the roster as well.

Yet the Pride have been lifeless to start 2019 under new coach Marc Skinner, scoring just once in four games (Kennedy off a set piece) and sitting dead last with one point.

To be fair, Orlando was dealt a difficult schedule to open the season that included three games in an eight-day stretch with Portland, North Carolina, and Reign FC, followed by a fourth match against Utah, who has yet to concede a goal. But the Thorns’ defense has looked far from stellar against other teams this season, and the Pride aren’t even creating many chances with their formerly high-powered attack.

The roots of the issue began last season, as the Pride dropped from third to seventh in the NWSL standings, scoring just 30 times, led by Sydney Leroux’s six. Alex Morgan had just five and Marta four. Morgan has now just once in her last nine NWSL outings, the only tally a consolation header late in a loss to Chicago last July. Marta’s recent record is worse, with two goals in her last 19 Pride matches (to be fair, several of those appearances were as a substitute).

Of course, the poor performance forced Tom Sermanni’s exit and Skinner has changed the formation a bit from a preferred 4-4-2 to the ubiquitous 4-2-3-1, with Morgan largely up top and Marta underneath her. Ubogagu and Rachel Hill, who have found success elsewhere, seem like good choices on the wings, particularly with the surrounding cast, but four games in? Nothing.

Morgan’s form is particularly baffling given her excellent form with the U.S. national team leading into the World Cup this summer. Much of it has come against inferior competition with superior teammates, but she still had to finish the chances and with the national team still appears to be one of the best (if not the best) at making runs in the world. Three of her last five goals have come against Japan, Australia, and Canada, and she had a hat trick against Japan as recently as last summer. Morgan hasn’t had a multiple-goal game in the NWSL since August of 2017. The issue is not touches on the ball. The numbers show that Morgan has had more than her opposing number in three of Orlando’s first four games. Yet she has managed just one shot on goal. Part of the issue is where those touches are coming, many of them in her own half, one of which led to a rather embarrassing pick-pocketing by Crystal Dunn and a North Carolina goal. Morgan is at her best when she is getting behind opponents, something that has been in short supply both this season and last in the NWSL.

Which leads to — what comes next? What will be left for 2019 when the Pride international players return sometime in the heat of the summer? There is a chance players like Hill and others could pick up the slack and keep Orlando in the playoff chase so Morgan and her teammates can return and push them over the top.

But it’s more likely that Orlando will find itself near the bottom of the table looking at 2020 with another long international interlude looming and Marta nearing the end of her long and storied career.

PLAYER OF THE WEEK 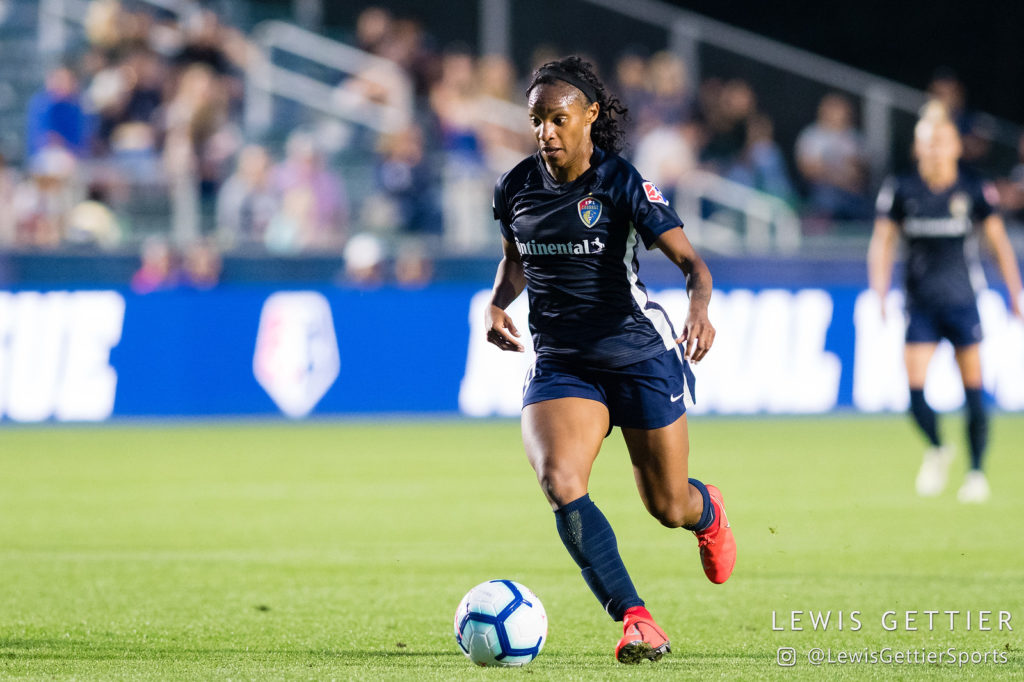 Crystal Dunn, North Carolina – Dunn has been almost unstoppable in the early season and scored a goal against Houston while being fouled basketball-style which illustrates that fact. Her ability to run at defenders is second to none in the NWSL these days.

UNSUNG HERO OF THE WEEK

Raquel Rodriguez, Sky Blue – Carli Lloyd and Kailen Sheridan stole the headlines, but Rodriguez had a vintage game in the middle and created the first Sky Blue goal by fending off at least two Portland midfielders to deliver the pass for an assist.

DEFENDER OF THE WEEK

Becky Sauerbrunn, Utah – Sauerbrunn could get this award almost every week, but she was particularly solid in keeping Orlando from getting many chances at goal.

THE LOWDOWN:  Where each NWSL team stands as USWNT players depart

1 – Number of touches from NWSL Players Association President Brooke Elby on Sunday for Chicago and her only touch was the Red Stars’ third goal in a 3-0 win over Reign FC (I didn’t call them Seattle).

Sky Blue 2, Portland 2 – Poor defenses lead to entertaining games and this was no exception, especially in the first half. Lloyd was a handful, but the Thorns have Christine Sinclair and Tobin Heath. All three will be missed for the next few months.

GAME I’M MOST LOOKING FORWARD TO

Chicago at Utah, Friday, 9:30 p.m. EDT – While we don’t know exactly what rosters will look like for the near future, it does appear that North Carolina, Portland, and Chicago are the top three teams in NWSL currently. Utah has made a good early case for the potential fourth playoff berth and three more points here could go a long way in September and October.