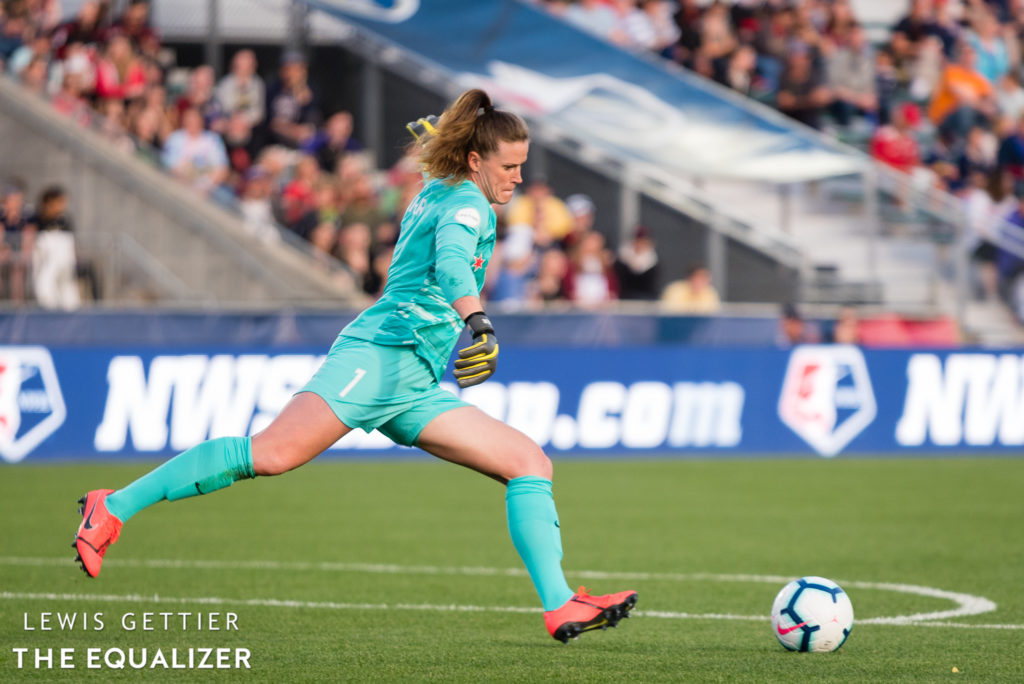 With the snowstorm officially over, it was game on for the Chicago Red Stars and Reign FC on Sunday afternoon. Originally, the two sides were supposed to face off on Saturday evening. However, a burst of snow propelled both teams and the league to postpone the match.

The wait wasn’t long, as both clubs could work the match in a day later. The extra rest gave the Red Stars some momentum as they routed the Reign FC, 3-0. Alyssa Naeher earned a shut out before she joins the U.S. Women’s National Team for FIFA World Cup training. Naeher denied attempts from Rumi Utsugi, Allie Long, Bethany Balcer, Beverly Yanez and Jodie Taylor.

Meanwhile, on the other end of goal, Lydia Williams struggled to keep goals from the Red Stars out of her net. Casey Short netted the first tally, as she vies for an opportunity to go to France for the World Cup with the United States. Early in the second half, Yuki Nagasato, who is formerly retired from international duty with Japan, chipped a goal past Williams after picking up the rebound from Sam Kerr’s blocked attempt.

The final dagger for the Reign was when Brooke Elby scored her first NWSL goal with just minutes left in the match. Michele Vasconcelos assisted the goal.

Chicago’s victory earns the Red Stars three well-deserved points on the NWSL standings. The Red Stars will have their other internationals with them before they jet off to France. However, it’s likely Alyssa Naeher, Julie Ertz and possibly Short that will be heading off with the USWNT.

Meanwhile, the Reign FC will miss Megan Rapine, who didn’t feature today. Allie Long, like Short, is another player on the cusp, wondering if she’ll make the final World Cup roster. As for the Reign, they will feature on the road for the second-straight match, heading to Washington next weekend.

Two early goals from Carli Lloyd weren’t enough in Piscataway, New Jersey, as Sky Blue FC settled for a 2-2 draw with Portland Thorns FC. Portland equalized before the break in a wild, wide-open first half.

The goals were Sky Blue’s first of the season.

Portland, however, would respond quickly. Emily Sonnett eventually tapped in a loose ball off a Tobin Heath free kick in the 32nd minute, and Heath equalized two minutes later on an audacious back-heel goal.

Lloyd knocked on the door for a hat trick in the second half, including a shot that beat Franch early in the half but was denied by the post.

U.S. national team players will now leave their NWSL teams for World Cup preparation. Thorns midfielder and 2018 league MVP Lindsey Horan did not travel due to a right hip injury.

From start to finish, the North Carolina Courage showed why they are a dominant force in the NWSL. On the road against the Houston Dash, the Courage swept into BBVA Compass Stadium and piled on four goals against the Dash. The match was the first time on the road for the defending NWSL champions.

Momentum swung to the way of Houston early on. Despite giving up a penalty kick, Jane Campbell came up big once again, securing a save against Lynn Williams. However, Williams redeemed herself in stoppage time of the first half, slotting one past Campbell with her head.

In the second half, the floodgates opened.

Crystal Dunn kicked off scoring in the 60th minute, notching a tough-angled goal in net. Nine minutes later, Debinha found the back of the net for the Courage’s 100th goal as a franchise. However, it was Leah Pruitt, the rookie from the University of Southern California, that notched the final goal for North Carolina. Pruitt’s goal is the first of her young NWSL career.

Meanwhile, Houston didn’t go down without a fight.

Rachel Daly found the back of Canadian goalkeeper Stephanie Labbé’s net in the 86th minute. However, it was too little, too late for Houston. North Carolina picked up three points on the road before their U.S. Women’s National Team players depart. Likely to leave for France include Abby Dahlkemper, Dunn and Samantha Mewis. On the cusp of making the roster include McCall Zerboni, Merritt Mathias and Jessica McDonald.

Meanwhile, the Dash don’t have any U.S. Women’s National Team internationals looking for a ticket to France. Kealia Ohai has made a handful of appearances, but hasn’t made the roster since April 2017 when the United States hosted Russia.