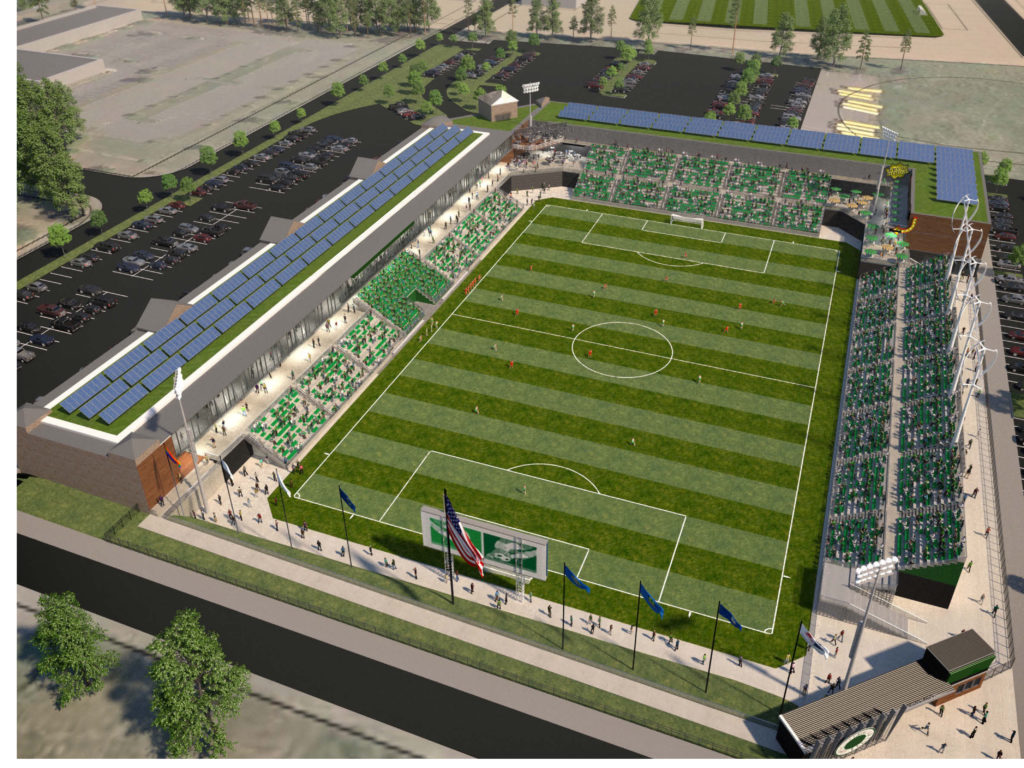 A conceptual rendering of the stadium. (Design not final. Rendering courtesy Stantec.)

United States women’s national team World Cup and Olympic winner Kristine Lilly, and Mohegan Sun Sports, are part of a group aiming to bring a National Women’s Soccer League team to the Hartford area for the 2020 season. The team, which would use “New England” in the name in an aim to capture the attention of the entire region, would be owned by local real estate investor Mark Greenberg.

Thom Meredith, ‘the backstage star of American soccer’ for decades, is also involved in the group, which has been working toward being granted an expansion franchise since mid-2018. Greenberg would be the sole equity holder in the team, based on current plans.

The perpetual question of ‘What now?’ for Adrianna Franch
NWSL Week 3 Preview