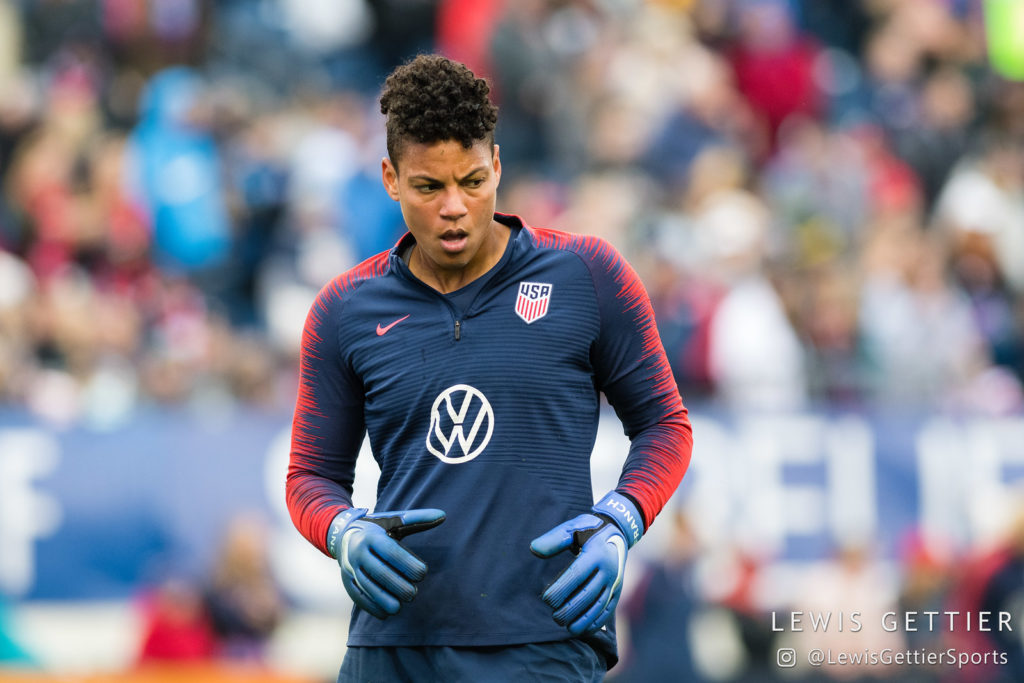 The perpetual question of ‘What now?’ for Adrianna Franch

The perpetual question of ‘What now?’ for Adrianna Franch

At the beginning of March, after numerous calls into U.S. women’s national team camp over the preceding two years, Adrianna Franch, the Portland Thorns’ two-time National Women’s Soccer League goalkeeper of the year, finally got her first international minutes against England in the SheBelieves Cup. On a chilly day in Nashville, Franch stepped onto the field wearing the name of her childhood hero, Briana Scurry, on her back, and took part in what can only be described as a disappointing draw for the Americans.

From the outside, Franch’s first cap was hardly the debut observers of her play with the Thorns might have expected. The most explosively athletic keeper in the league, known for full-extension dives where she catches balls most would be lucky to block, had few chances to show off her shot-stopping ability. She faced only three shots on goal all game — and was partially responsible for England’s first goal, conceding an inside-the-18 free kick when the referee ruled that she had picked up a back-pass from Mallory Pugh.

First caps are always difficult, especially for keepers. But this one — coming after a two-year wait, in a game where both sides were uninspired at best and sloppy at worst — was especially trying.

But while it’s easy, from the outside, to see that performance as a letdown, some context is important. Goalkeeping is probably the least-understood position on the field, and what a keeper sees in another keeper’s performance can be very different from what the general public sees.

Access the best women’s soccer coverage all year long
Start your FREE, 7-day trial of The Equalizer Extra for industry-leading reporting and insight on the USWNT, NWSL and beyond.
Subscribe
Existing Users Sign In Here
Related TopicsAdriana FranchExtraFeatured