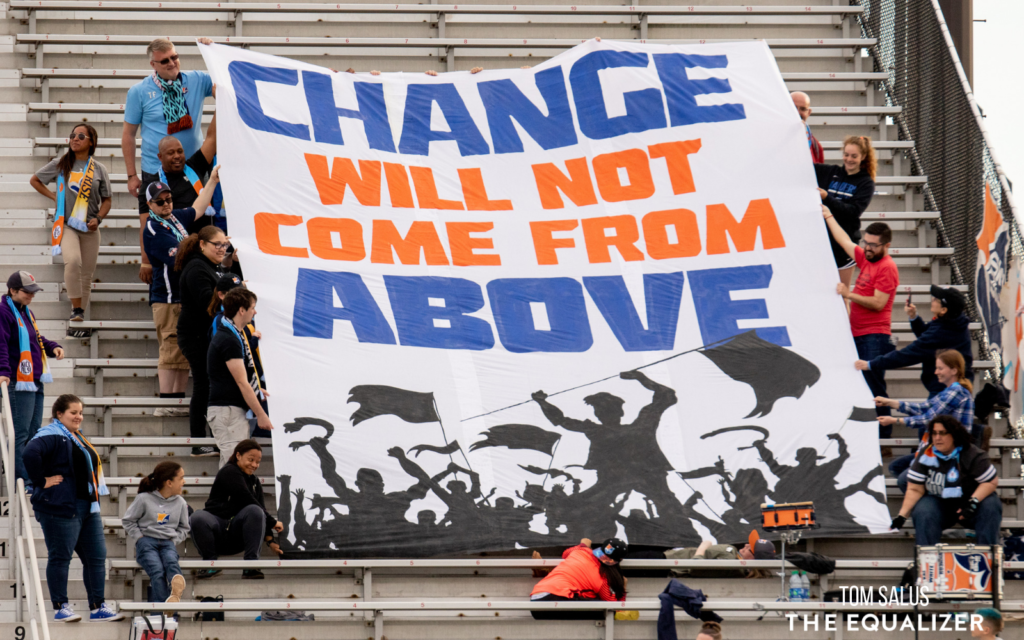 PISCATAWAY, N.J. — Following an offseason during which the club seemed to hang by a thread on multiple occasions, Sky Blue FC returned to Yurcak Field on Saturday night for another home opener. Even if speculation around the franchise’s demise throughout the offseason was almost entirely baseless, it was clear the mood around Sky Blue is different from any other current team.

Cloud 9, the official supporters’ group of Sky Blue, were back after spending much of the offseason on a social media campaign to have Tony Novo removed as general manager. It appeared that was going to be a losing proposition until Novo was fired somewhat suddenly the Tuesday before the season-opener. Inside an hour of the Novo news, several Cloud 9 members had ended their season-ticket standoff and re-upped for the season.

Yurcak Field was very much the same on Saturday for the Houston Dash visit. The pitch looked splendid, redone during the winter. When pressed at the draft about offseason improvements, Novo hesitated before offering the new pitch as an example. But replacing the field was a Rutgers initiative, not a Sky Blue project.

The Equalizer Podcast, Episode 56: A Weirdness You Can’t Shake Out
Bethany Balcer and the talent we don’t always see