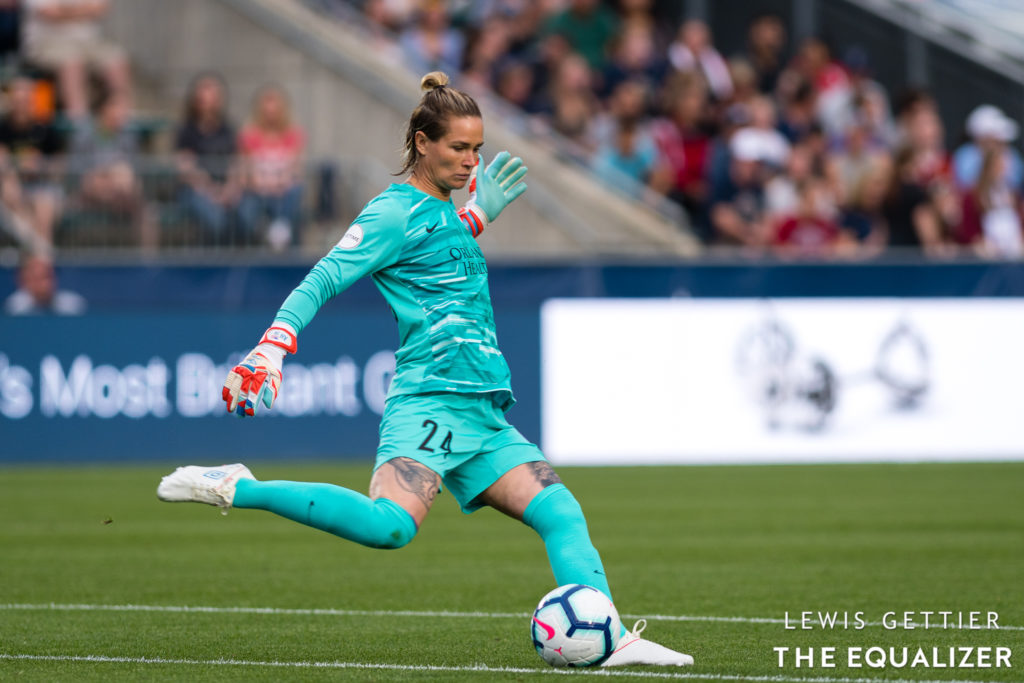 It was a day of first-time occurrences for the Reign FC on Sunday night.

In addition to opening up their new home of Cheney Stadium to over 5,000 fans, the Reign FC also saw some rookie sensation power from Bethany Balcer. With an injury to Megan Rapinoe, which led her to being out of the match day lineup, Balcer lined up in the starting XI for the first time in her NWSL career. After acquiring some minutes against the Houston Dash last week, Vlatko Andonovski was ready to see the rookie at the start.

Picture perfect placement from Bethany Balcer for the @ReignFC equalizer.

The move paid off for the Reign FC, as Balcer scored her first professional goal in the 21st minute. Second-year Reign FC member Allie Long tallied the assist.

However, the goal wasn’t a game-winner. Instead, it was a point-saving goal.

The Orlando Pride struck early in the match, as Alanna Kennedy sent a bicycle kick in Michele Betos’ net. Kennedy is the third Australian to convert a bicycle kick. Only Australians have converted the skilled-goal trick, as Lisa De Vanna did so in 2013 and Sam Kerr did in 2017.

Despite the attention-grabbing goals that went in the back of the net, the goalkeepers had a showing in Tacoma. Ashlyn Harris finished the match with three saves, including an outstretched slap to keep the score level. Meanwhile, Michelle Betos recorded one save, but had various different stops and was tested. Betos’ only resulted in plenty of backtracking to reach goal and keep the match at 1-1.

Did we just watch the best NWSL game ever?
The Equalizer Podcast, Episode 56: A Weirdness You Can’t Shake Out