The definitive NWSL kit rankings of 2019 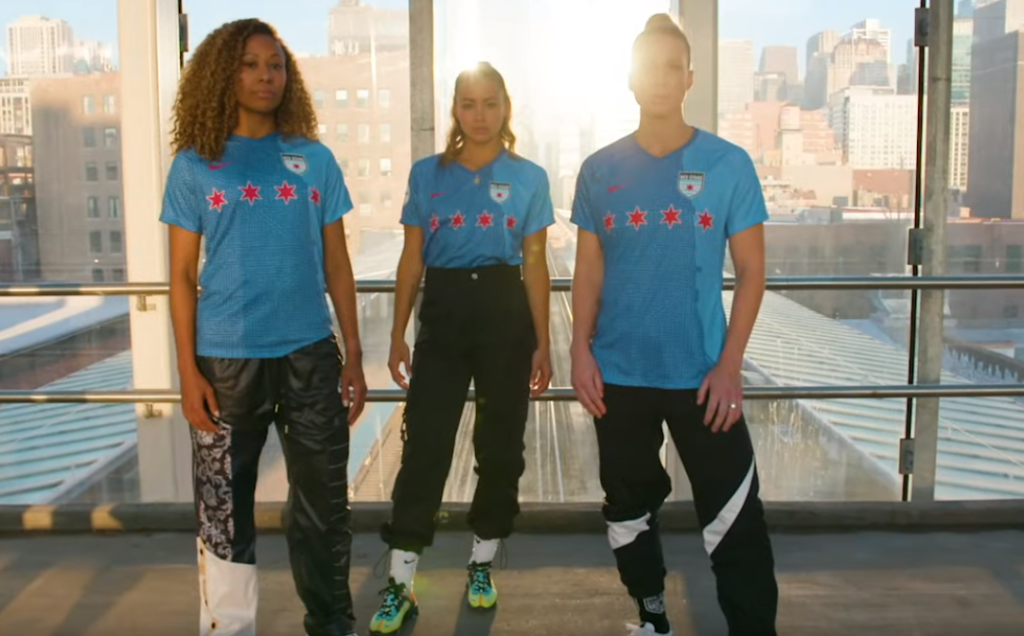 With the seventh National Women’s Soccer League season underway, we finally have some things to analyze, mostly pertaining to what’s happening on the field. Which means that it’s time to sit down and talk through… kits! This year, teams had the option of moving further away from the Nike templates of the past, and optimize their visuals as cool promotion for each club.

All good rankings need clear criteria, and on something of a whim, I’ve come up with three:

Local Ties: How well the jersey tells the story of each team.

Color Usage: How well team colors were integrated into the new kits.

Ambition: A bit of a wild card; did the team get a new sponsor? Does the jersey try new things? What makes this year special? etc.

So let’s dive in, and let’s see if you agree with my very scientific stances!

As of right now, nothing new in Jersey.

NJ’s premier athletes are partnering with NJ’s premier healthcare provider. Thanks @RWJBarnabas and Dr. Krystofiak, looking forward to a strong and healthy season together! pic.twitter.com/qTN674NWsn

Local Ties: As of this writing, no new kits in Jersey, but they did wrangle a new sponsorship for themselves, which is a spot of good news for a club that has struggled to find positive stories in the past year.

Color Usage: NJ is Sky Blue, and it seems the club is sticking with the primary blue, and away whites. Pretty standard stuff.

Ambition: Sky Blue has other issues to work through, and visual design isn’t one of them. The new sponsorship could be key in turning things around, but fans will likely be happy that the kits are a steady feature of what Sky Blue is trying to do on the field.

Local Ties: In an offseason with a new majority owner and a ton of upheaval, Washington sticks with the red and navy vertical stripe that carried through their 2018 campaign. It’s possible there is still a new away kit to come from the Spirit, but rolling that out early has been put on the back burner in the wake of other changes. The Spirit are without a sponsor as of now.

Color Usage: Hard to parse here, still a strong red and blue color combo for the D.C. area. The red shoes on PK the Eagle are a nice touch.

Ambition: It seems like the ambition off the field in Washington this year is being seen in other areas (new team lounge, a larger game-day experience, PK!), but it would have been very fun for the new direction to include a splashy new jersey for fans. Maybe next year.

The color identity is strong with this one.

Local Ties: Houston went all in on the color design this year, with less emphasis on the space-age throwback blues they’ve used on kits in the past.

Color Usage: Very Orange. Honestly, if you’ve got a unique primary color in this league, lean into it. Fans will have to decide for themselves if a two-tone orange is a look they’re into, but it’ll pop on the field.

Ambition: The kit design itself is about as plain as possible, but the color coordinating will give Houston an edge. Stylish? Maybe not, but the Dash know what they’re about. Notably, these Dash kits also lack a sponsor.

Last year’s champions added a star to the top of the crest, but fell short of giving fans something new.

Local Ties: Putting a lot of pressure on the new star, marking the first official championship in the team’s history, but I suppose that does go a long way when you’re dropping a new kit.

Color Usage: The Courage benefit from some of the best coloring in the league, with the aesthetically cohesive navy and gold. It’s too bad the new jersey doesn’t have more gold involved, especially in a year when they’ve earned as many gold-style bragging rights as possible.

Ambition: The ziz-zag template is one we’ve seen before from Nike, but again – they’ve got a new star. This jersey had a built-in pull to it going in, but it would have been very cool for the standards on the field to spread to the ambition off of it.

The league’s newest club added some nice subtle detailing to a Nike standard.

Local Ties: The crown detailing alludes to the visual stance of the Royals, pulling the crown from the top of the crest onto the background in between the gold stripes. It tells another part of the story of the club, if not branching out into Salt Lake City.

Color Usage: The Royals will always do well as long as they lean into their golden visual design, and the gold stripes pop, despite following the same template as some other teams in the league. It’ll be interesting to see if the crown detailing looks smudgy on the field, or if the silver there can shine through.

Ambition: Not too bad! Not a fully customized kit, but a nice addition to what they were offered by Nike. Adds depth to the design, but next time Utah should take the opportunity to make their own design.

The newly-branded Reign FC get points for a new away kit design, and some heavy-hitter sponsorships.

Local Ties: Gotta give this one to the sponsorships. In 2019, Reign FC has announced two major partnerships, with local companies Zulily and Boeing. The Reign have always enjoyed high-profile kit sponsorship deals, but their ability to find willing, national brands with local ties hasn’t slowed down this year.

Color Usage: The highlighter kits are gone! This year, the Reign went with a small twist on the clean white kit for the secondary, with a cool stripe detail running down the front (but never blocking that sweet promo for Zulily). It’s a classic visual design, that moves away from the garish Volt coloring, that feels very 2015.

Ambition: Maybe they don’t stand out as much visually, but the Reign leaned into getting that money on both sides of the kit, and gave their away design some room to breathe. A solid effort.

The local ties of this kit give it an edge, but if you’re going to customize, why not really go for it?

Be one of the first to get your hands on The Eola Reflection Kit!

Local Ties: This kit, inspired by Orlando’s Eola Lake, uses the water definition effect to tie the Pride’s visuals back to the inspiration for much of Orlando’s branding since they joined the league. The lake’s fountain inspired the crest upon the club’s inception, and now it has spread to the rest of the jersey.

Color Usage: The Pride let the purple do the talking, which is a strong choice considering they’re the only club in NWSL that use it. Color distinction is tough in this league (so many blues!), so sticking with the lakes they’re used to is important.

Ambition: Props to Orlando for customizing but… is this the best they can do? The water effect is cool, but the shoulders of the kit follow the Nike template used for a number of teams in years past, and Orlando had the opportunity to really embrace a strong visual stance. This feels like a wasted play for subtlety.

The Thorns came through with a strong, if visually cluttered, contender.

Can't get enough of that red smoke.?

Local Ties: The smoke texturing on the red stripes of the home kits is a clear nod to Portland’s devoted fan base and the red smoke they set off with every home goal. The off-center stripes, while a bit confusing to look at, are an homage to Portland’s similarly off-kilter stripes on the city flag.

Color Usage: One the home kit, the Thorns fully embraced the “Star Wars: Empire” vibe of the red and black, as seen in the following visuals surrounding the kits. This is a fabulous trend for one of the NWSL’s strongest clubs, that have played dream-killer to many other teams. But truly, my kingdom for an all-black, full-on Sith Lord villain kit.

Ambition: Portland did a number of things right on this front: they got the kit out early, knowing demand, and got the sweet Thorns customization on their socks (which they should sell, eventually). They also got a new secondary kit, a strong move in a year where many teams held on to at least one 2018 template. Also, Jersey Mike’s on the back!

I know, I’m biased. But Chicago annihilated the competition on this one.

A jersey made for Chicago.

Local Ties: It doesn’t get more overt than this; the Red Stars put the dang map on their jersey. Inspired by the famous “L” train lines that tie the city together, Chicago put the skyline on their back, and draped the left shoulder of the kit with the waters of Lake Michigan. The Red Stars designed the jersey in house, with the idea of connecting a squad that plays in Bridgeview with the greater spirit of the city they represent.

Color Usage: Fans of last year’s black kit might miss the darker silhouette of years past, with the two-tone blue showcasing Chicago’s primary colorway, but not necessarily utilizing any other base coloring. The Stars, however, remain Red.

Ambition: As of this writing, no new front of jersey sponsor, but weirdly enough this kit works well visually without one. And when given the option of customizing, Chicago swung for the fences, and were rewarded with sellouts in multiple runs of the shirt. These are this year’s must-haves.