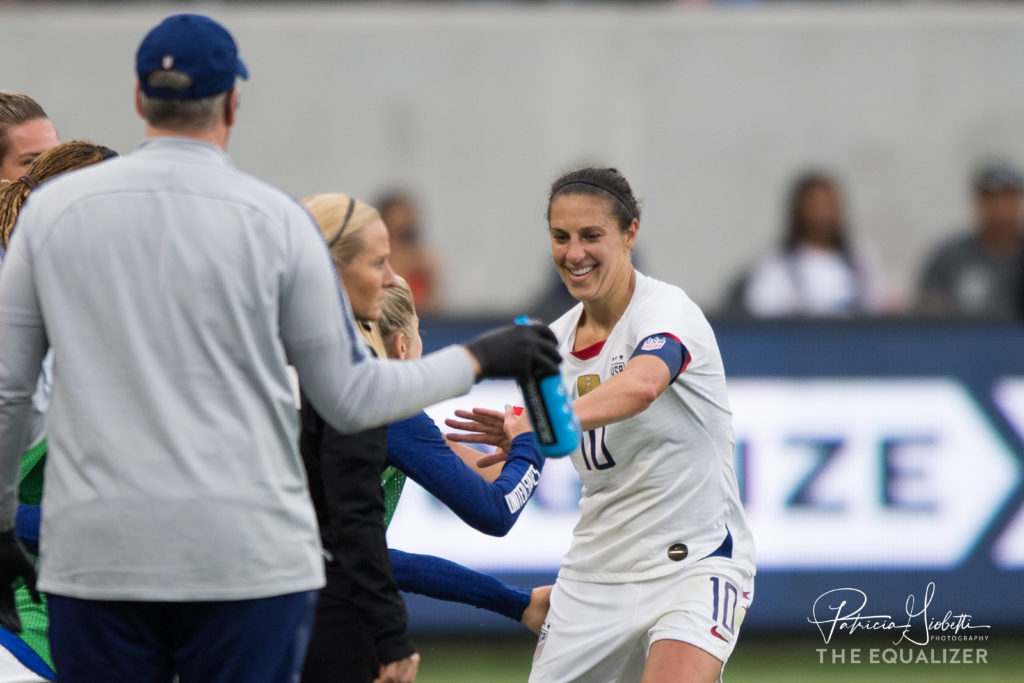 This article is brought to you by CheapHotels.org.

Three matches remain for the United States women’s national team before they kick off their World Cup title defense in France.

On tap for the final matches of the Americans’ send-off series are South Africa, New Zealand and Mexico. South Africa and New Zealand each qualified for the World Cup and should offer the U.S. disciplined final challenges as Jill Ellis looks to make last-minute tweaks. Her final 23-player World Cup roster is expected to be selected ahead of that South Africa match, so it will be a true look at the U.S. team headed to France.

The U.S. women played South Africa prior to the 2016 Olympics, winning 1-0 as Banyana Banyana put up an impressive and disciplined defensive display. They would do the same later that summer in their second straight Olympics, though they would not advance out of the group.

Now, South Africa is set to play in their first Women’s World Cup after making it to the final of the African Cup of Nations. There, they lost to perennial continental power Nigeria in penalty kicks. South Africa continues to ask questions of who the best team on the continent is.

If you need an affordable hotel room near Levi’s Stadium, check Cheaphotels.org. The Hyatt Regency Santa Clara offers rooms from $150 per night.

Once again, it is New Zealand in Busch Stadium. These two teams met at this same baseball stadium prior to the 2015 World Cup. The U.S. won that match, 4-0 in front of 35,000 fans.

New Zealand is now coached by Tom Sermanni, the former U.S. coach who was abruptly dismissed in 2014 after just over a year on the job.

The U.S. will play Mexico at Red Bull Arena in the sendoff match, just as they did in 2011. This time, however, Mexico is not headed to the World Cup as well, having failed to qualify out of Concacaf following a surprise defeat to Panama in group play.

The history of the Damallsvenskan, and the challenges ahead for Sweden
Why Casey Short should be on the USWNT’s World Cup roster, too