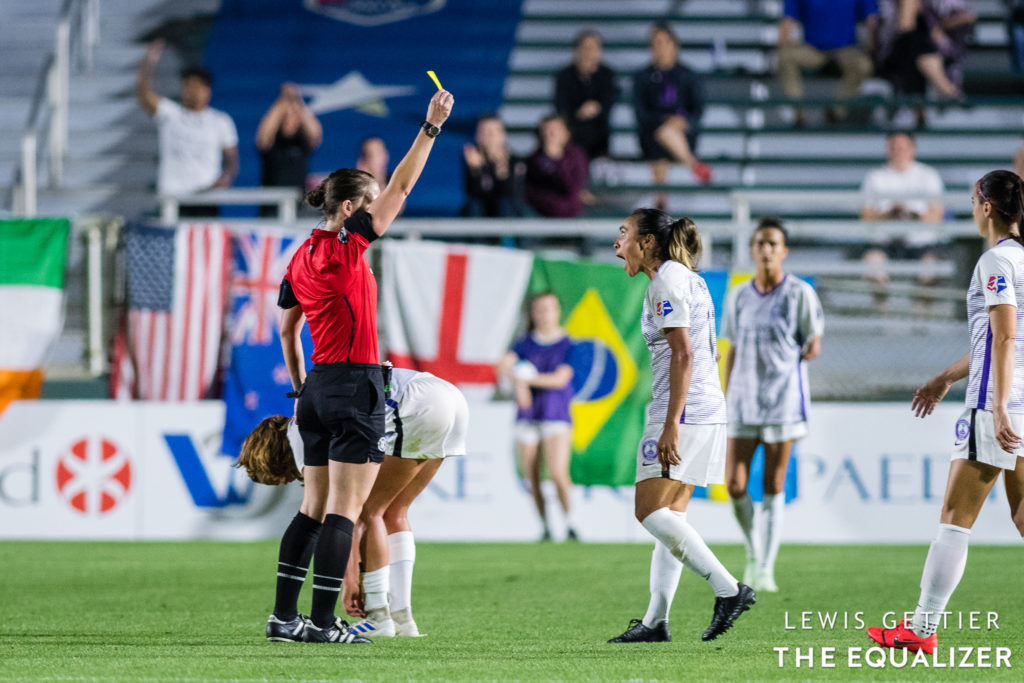 For the better part of the opening half on Wednesday, the Orlando Pride challenged every ball, kept the North Carolina Courage attack off balance, and did a fairly good job of building the ball through their midfield.

And then a bad turnover deep in midfield let the hosts score a late goal before intermission.

And then the second half happened.

When the shock and awe wore off, the Courage had a 5-0 victory to match the largest shutout in NWSL history and the Pride were more than just 45 minutes removed from what had been a decent start to the first midweek match of the season.

It is no secret that the Pride did not have a happy ending to 2018. That’s why they said goodbye to Tom Sermanni and plucked Marc Skinner out of the FA WSL to be the club’s second head coach. As a colleague put it to me just after the match ended, Skinner has his work cut out for him.

The rubble left behind by the Pride was far more than just the final score. The sequence that led to the opening goal was emblematic of a team mired in frustration rather than one just getting up to speed on the philosophies and tactics of a new coach.

Access the best women’s soccer coverage all year long
Start your FREE, 7-day trial of The Equalizer Extra for industry-leading reporting and insight on the USWNT, NWSL and beyond.
Subscribe
Existing Users Sign In Here
Related TopicsAlex MorganCrystal DunnFeaturedJulia Spetsmark