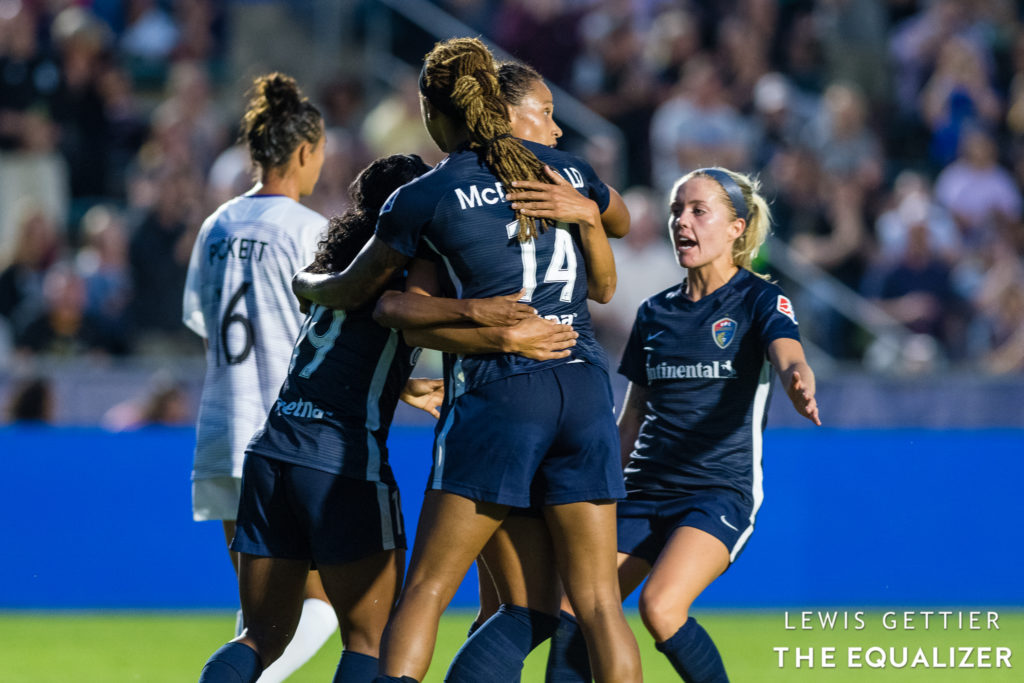 In the end, it was as lopsided as many though it might be.

The North Carolina Courage defeated the Orlando Pride, 5-0 on Wednesday at Sahlen’s Stadium in Cary, North Carolina. The 2018 National Women’s Soccer League champions scored four goals in the second half, pouring it on as Orlando’s energy faded.

Crystal Dunn set the pace with a pair of second-half goals, each a product of short corner kicks that were knocked down in the box and not cleared by the Pride.

PUT IT ON REPEAT

Orlando started the match on a positive note, playing one- and two-touch passes and finding space on the flanks as they kept Courage fullbacks Merritt Mathias and Jaelene Hinkle at bay. Alex Morgan’s through ball to Rachel Hill in the 20th minute put the Courage on notice.

Morgan with the cutting through ball.

Labbe with the scoop.

But in the end, Orlando failed to put a single shot on goal; the Pride were out-shot 30-9 on the night. Lynn Williams’ goal in the 45th minute swung the momentum just before halftime. Morgan was caught in possession inside her own half, and Dunn converted the turnover into an assist.

Jess McDonald scored early in the second half after Alanna Kennedy gave the ball away inside her own box.

Orlando has now conceded seven goals in their first two matches of the season, with no goals for. They have registered only two shots on goal. The task grows more difficult with another short turnaround and a cross-country flight to take on Reign FC in Tacoma, Washington, on Sunday.

EXTRA: An early assessment of the three new NWSL coaches 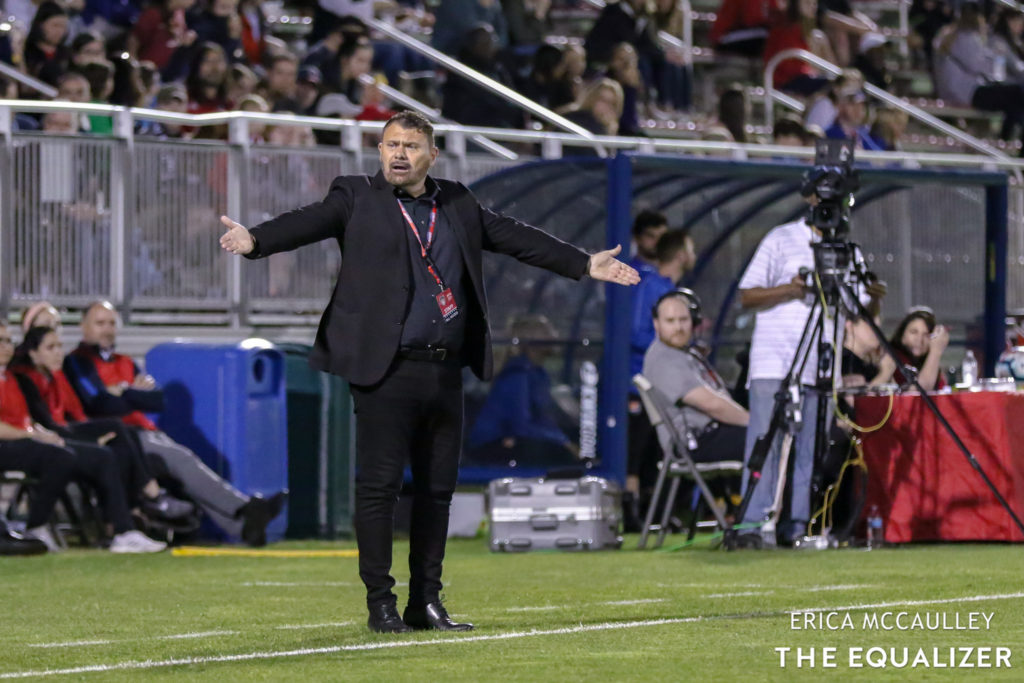