The dilemma remains against North Carolina: Sit in or play? 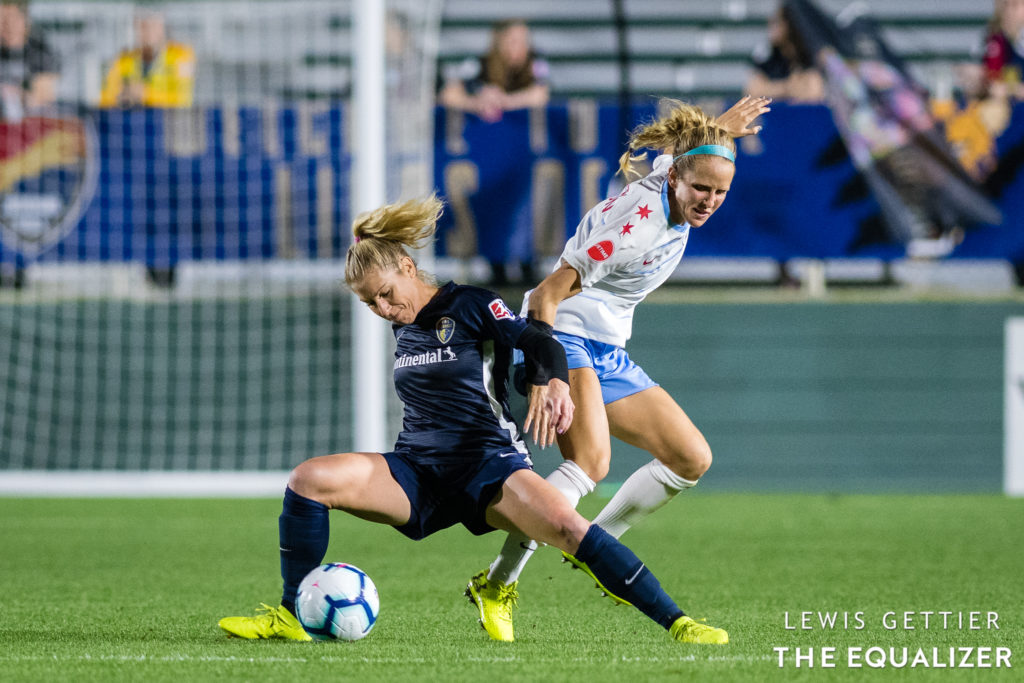 CARY, N.C. – The postgame cheers ringing out of the huddle on the northern side of the Sahlen’s Stadium at WakeMed Soccer Park on Saturday were those of the Chicago Red Stars, who played to a 1-1 draw with the North Carolina Courage to open the 2019 National Women’s Soccer League season.

A more muted Courage team stood on the opposite end of the field. Two hours earlier, North Carolina players were presented their 2018 championship rings on the field. Saturday marked the start of a new journey, a follow-up act to the greatest season in U.S. women’s professional soccer history.

And Saturday played out like most of North Carolina’s 2018 matches: dominant stretches of play, out-shooting the opponent by a 3:1 ratio, racking up 13 corner kicks via that pressure. The Courage, however, conceded in the 26th minute – when Sam Kerr found her way in behind – and nearly lost the match in the final moments but for the crossbar denying Kerr a second. It wasn’t a pretty display from Chicago – but it was effective.

Access the best women’s soccer coverage all year long
Start your FREE, 7-day trial of The Equalizer Extra for industry-leading reporting and insight on the USWNT, NWSL and beyond.
Subscribe
Existing Users Sign In Here
Related TopicsFeaturedPaul RileySam Kerr