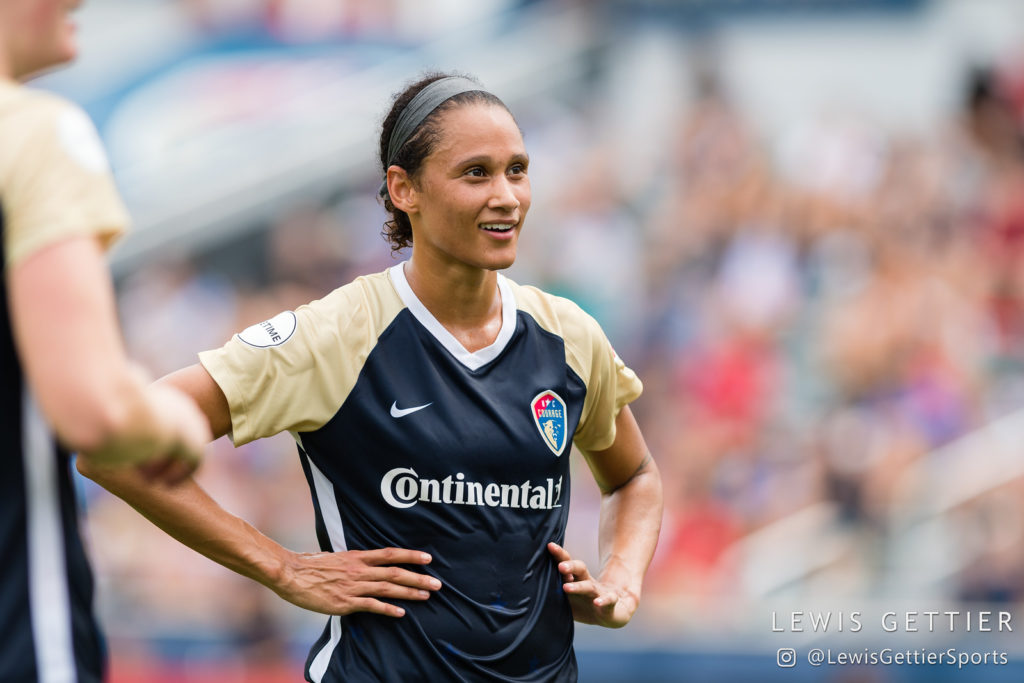 Lynn Williams’ USWNT absence is a mystery — even to her

Lynn Williams’ USWNT absence is a mystery — even to her

CARY, N.C. — A couple of months after Lynn Williams and her North Carolina Courage capped a record-setting season by winning the 2018 National Women’s Soccer League Championship, she received word that she wasn’t going to be a U.S. women’s national team allocated player the following year. The World Cup year.

Williams had not been called into a national team camp since April 2018, but the seeming finality of that news hit hard.

“When you’re not getting called in but you’re still allocated, you think there’s still hope,” Williams tells The Equalizer. “When I got that notice, I took a moment and was upset, then brushed it off like, ‘Whatever, it’s fine.’ I was in denial.”

Two weeks later, Williams and her boyfriend, Marley, vacationing in his native Australia, visited the gym.

“He was shooting basketballs and I was running back and forth,” Williams recalls. “While I was running, I just started crying. He finally came over and said, ‘I know.’ I took a moment to regroup myself, and I’ve never run faster in my life. After that, I put it behind me and thought, you know what, I do this because I love it and I’m not going to feel sorry for myself anymore.”

No American woman scored more professional goals last year than Lynn Williams. No American woman has scored more pro goals the past two or three years combined than Williams, either. At age 25, just four years into her NWSL career, she already ranks fourth in league history in both goals and assists. But Williams isn’t just missing the World Cup this year; it’s been over 12 months since she’s been called up to the U.S. national team.

Lynn Williams may be coping, but that doesn’t mean she’s done caring. Or wondering.

Access the best women’s soccer coverage all year long
Start your FREE, 7-day trial of The Equalizer Extra for industry-leading reporting and insight on the USWNT, NWSL and beyond.
Subscribe
Existing Users Sign In Here
Related TopicsExtraFeaturedLynn Williams