Tony Novo out as president, GM of Sky Blue 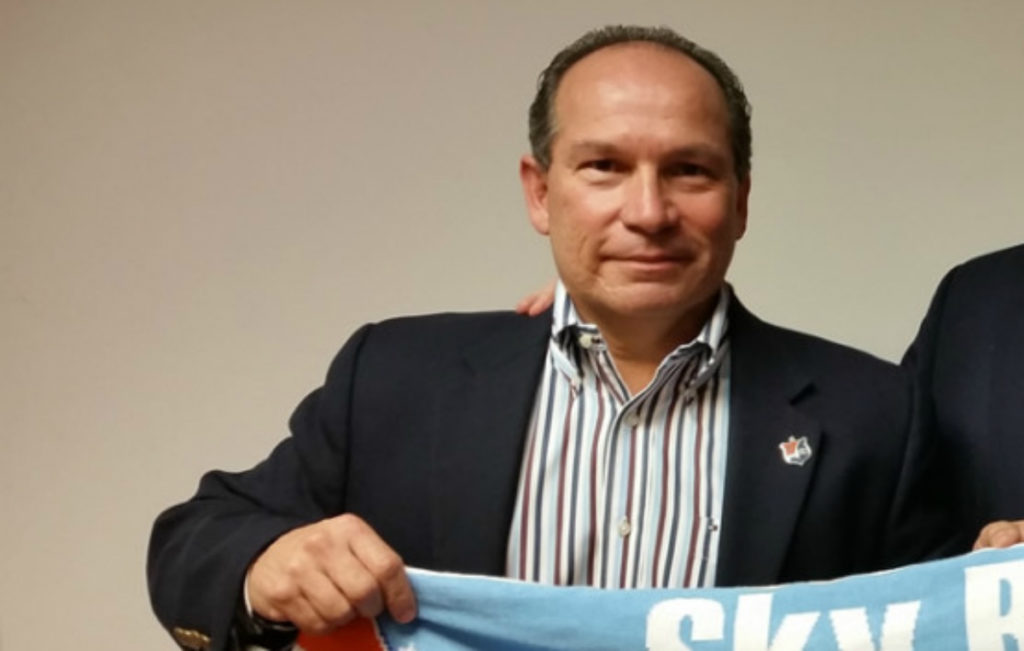 Tony Novo is out at Sky Blue FC. The club announced Tuesday evening that Novo has resigned to return to his work as a residential mortgage lender. Sources tell The Equalizer that Novo was fired by the club. Sky Blue vice president Alyse LaHue will serve as interim general manager until a replacement can be found.

“Tony has been an integral part of the growth of Sky Blue and we appreciate his dedication to the team and the sport,” said Tammy Murphy, wife of Sky Blue co-owner and New Jersey governor Phil Murphy. “For the past 6 1/2 years, he has been a passionate supporter of professional women’s soccer and has worked tirelessly to get the team to where it is today. We are grateful for his time with Sky Blue and wish him well in his future endeavors.”

Earlier this year the club announced that Tammy Murphy was taking a more hands-on role with the club. She has not been made available to the media since assuming that role. The press release announcing Novo’s departure did not specify a title for her.

Novo had long been in the cross hairs, notably since July, when stories emerged about poor treatment of players at Sky Blue. Many members of Cloud 9, the club’s officially recognized supporters’ group, declined to purchase season tickets while Novo still worked for the team.

“It’s a long time coming but it’s finally done,” Cloud 9 leader Jen Muller said of the news. “There is still a lot of work to be done with this team but there’s a big roadblock out the way. This is step one. We’re glad this is finally done.”

Some members of Cloud 9 had sent emails to the team requesting season tickets in the first hour after news broke of Novo’s departure. Muller said about a dozen members of the group will be traveling to Washington for Saturday’s season opener against the Spirit. She also expects a more positive vibe at Yurcak Field for the home opener a week later.

“Some people re-upped once the improved housing was announced,” Muller said. “I personally was still holding out.”

Novo’s departure comes with the home opener 11 days away. That won’t be much time to inject new energy or to convince players who may have stayed away on his account to come back. But Muller expects to see a noticeable change in the atmosphere right away.

“I know the support staff has been working their butts off this offseason to help change the culture,” she said. “They seem to be a bit more organized. I think we’re going to see the fruits of their labor. Cloud 9, we’re going to have a different vibe than we thought we were going to have yesterday. I hope people feed off of that, feed off of our excitement.”