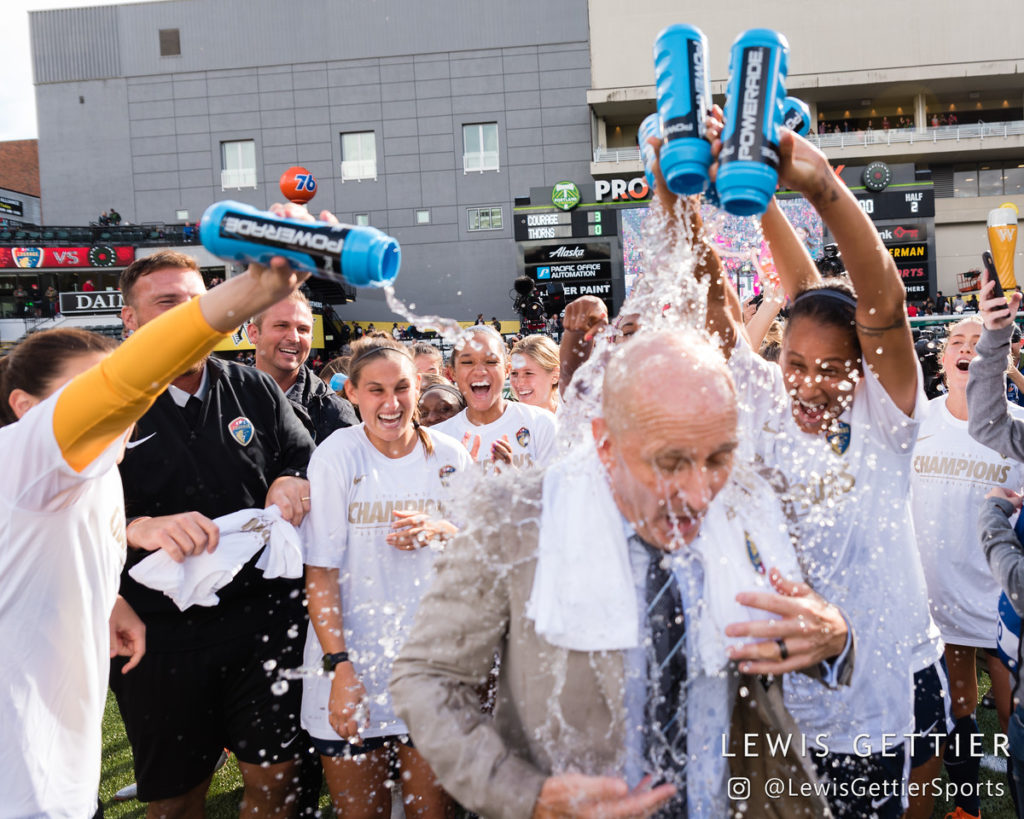 Coming off the most successful season in the history of the National Women’s Soccer League—one in which they only lost one match while winning both the NWSL Shield and NWSL Championship—it might seem crazy to think the North Carolina Courage need to improve heading into 2019. Yet that’s exactly what head coach Paul Riley and his team are aiming to do this year.

“We’re getting better,” Riley told The Equalizer. “And I just want [our players] to keep going and never take things for granted and never think [they’ve] arrived because when you think you’ve arrived, someone’s going to kick you in the teeth and you’re going to be knocked out pretty quick.”

For a variety of reasons, the coach believes his North Carolina side can be even better than they were a year ago. Crediting his players’ fitness—which he says is ahead of last year’s schedule—and the team’s own internal expectations, he believes his team’s preparations are already several weeks ahead of where they were at a similar point in 2018.

Coming off a 17-1-6 regular season, in which they only lost to the Utah Royals on a 94th-minute stoppage time strike, North Carolina is aiming to improve their finishing this season and continue perfecting their unique formation to stay ahead of the competition.

Riley believes that the team’s box midfield, one that no one in the league has yet truly figured out, is more tactically advanced after another year of experience in the system. Deploying two No. 6’s and two No. 10’s with no wide midfielders, the Courage present all sorts of tactical enigmas for their opponents. The coach believes his players, more familiar with each other than ever before, now have an even stronger understanding of how to manipulate the available spaces on the field.

Possessing two of the most dangerous forwards in the league in Lynn Williams and Jess McDonald, the team’s twin attacking midfielders in Crystal Dunn and Debinha create problems of their own—and Riley knows it.

To keep things interesting throughout the year, the coach tries not to repeat a single training session throughout the season. “I want them to want to come to practice,” said Riley, his own excitement palpable when talking about his team and their tactics. 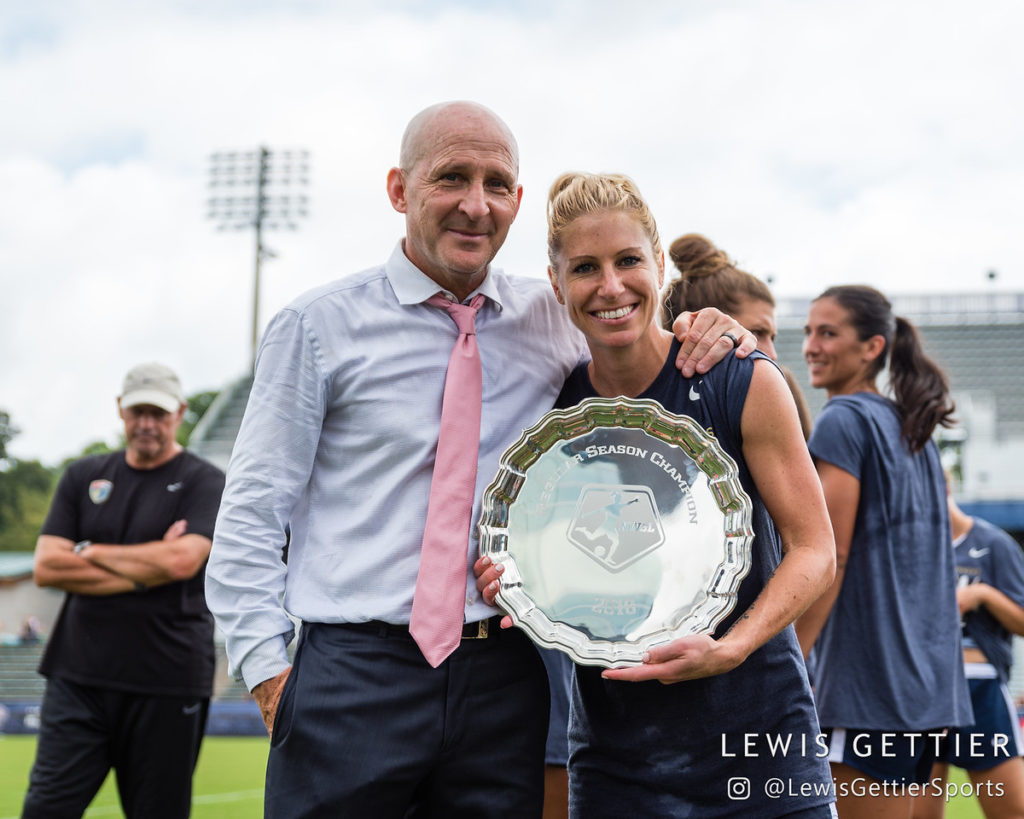 Can Paul Riley, McCall Zerboni and the Courage win a 3rd straight Shield? (Photo Copyright Lewis Gettier for The Equalizer)

In addition to boasting the best offense in the league last year, the Courage also benefited from the best defense in the NWSL with a backline of Jaelene Hinkle, Abby Erceg, Abby Dahlkemper and Merritt Mathias. In front of that defense are McCall Zerboni, Sam Mewis and Denise O’Sullivan, who rotated heavily in the dual No. 6 roles a year ago.

In last year’s final, goalkeeper Katelyn Rowland also contributed a standout performance in the net, and this year will also be joined by Canadian international Stephanie Labbe, added to the goalkeeping pool in the offseason.

The downside of North Carolina’s recent success—which includes two championships and three finals appearances in the last three years—is that the team has also helped developed a wealth of international talent that will now be absent during this summer’s World Cup.

But Riley contends that preparations for this minor calamity, in which the Courage will likely lose eight players to international duty, started over a year ago.

The team began matching up certain players and keeping their workloads comparable throughout 2018, regardless of actual playing time. Meredith Speck was matched up with Sam Mewis, Cari Roccaro with McCall Zerboni, Kristen Hamilton with Jess McDonald, and so on.

Using player data from training sessions and games, Riley and his staff then made sure that the backup players the team will rely on this year got in a full workload last season. The team took care to add in 15-20 minutes worth of extra fitness for its reserves and substitutes on Fridays, Saturdays and Sundays during the year to keep everyone at the same level.

The coach says that by the end of last season, his squad players had actually done 5% more work and that the ability to maintain their fitness over last season and this year will be key to the team being able to continue playing the high press that has helped bring the team so much success.

In addition to all the team’s achievements in the NWSL last year, the Courage also saw success during international breaks, most notably winning the International Champions Cup with wins over powerhouses Paris Saint-Germain and Lyon while many of its stars were away with their respective national teams.

That accomplishment could foreshadow similar success in 2019 during the World Cup and Riley sees Liz Eddy, Heather O’Reilly, Kaleigh Kurtz and Ally Haran stepping into larger roles to help fill the gaps from the team’s international absences.

“When [the internationals] are all gone, what do you do?” asked Riley. “I think we’ve been able to solve that and get people in positions to be competitive and to be fit and to be ready when called upon.”

“It would be dumb not to mention North Carolina first. They kept the whole team and they’re a year more experienced. They’re going to be nothing less than they were last year. I think they have a chance to run off again.”