The need for perspective around 13-year-old Olivia Moultrie 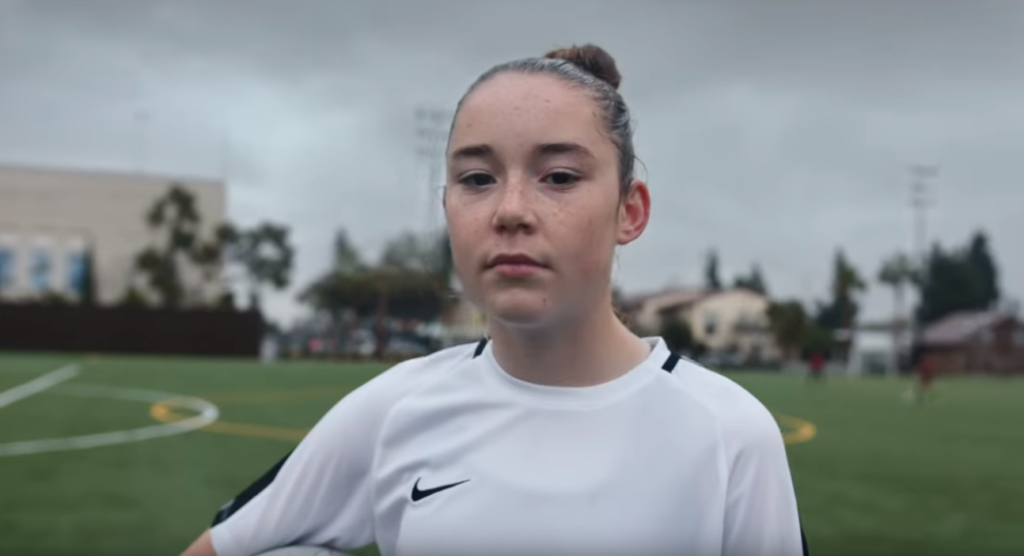 When 13-year-old Olivia Moultrie subbed into a Portland Thorns preseason game against the U-23 U.S. women’s national team on Wednesday, the headline potential was obvious. The Thorns academy player, who recently signed a reported six-figure contract with Nike and relocated to Portland from Southern California to pursue soccer, played just under 45 minutes and, for the most part, didn’t look totally out of her depth. It was an impressive showing for a player so young.

In talking about Moultrie, however, it’s important to keep things in perspective, both in terms of what those minutes mean for the Thorns and what they mean for Moultrie.

Preseason is always a strange time, especially on the condensed timeline of the National Women’s Soccer League. Teams have been training together for a month at best, and go into these matches with a few goals in mind: test players’ fitness level, get veterans some initial minutes together, and take a look at any new players or trialists.

For the Thorns, the approach this week has been obvious: Sunday against the Red Stars, with most of the team available, Mark Parsons fielded a starting lineup as close to his best XI as possible. Wednesday, with Tobin Heath, Lindsey Horan, Emily Sonnett, and Adrianna Franch all having departed for national team camp, it was time to get minutes for as many depth players as possible — a crucial test run for a year the Thorns will contend with massive roster disruption around the World Cup.

“This is an important lesson, because throughout the year, things are going to change, with personnel coming in and coming out,” Parsons said after the game. “It’s the same when players that have played for the club for multiple games, they have to come back into the team.” 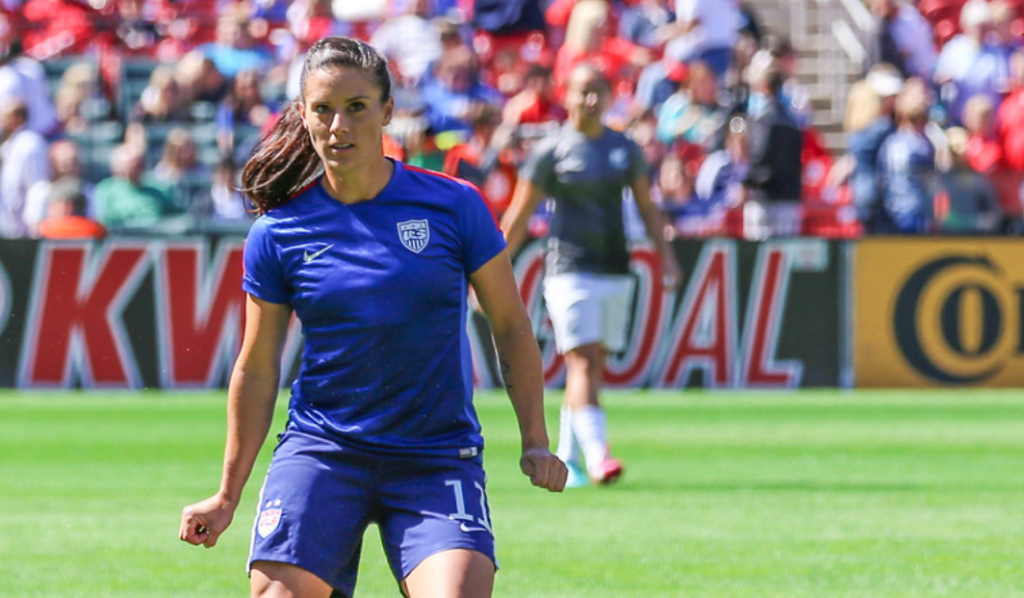 Portland will likely lose nine players for some portion of the World Cup, more than any other team in the NWSL. How they contend with that disruption is the key challenge facing the team going into 2019, and which depth players will step up in the absence of world-class starters like Horan, Heath, and Christine Sinclair, is very much an open question.

With that in mind, Moultrie’s debut was relatively low on the Thorns’ list of priorities Wednesday. It’s certainly possible the 13-year-old could be a factor for the Thorns at some point, but barring a rule change in the NWSL, she won’t be eligible to play in the league for another five years; her next opportunity to suit up for the senior team will probably be next year during preseason. Nor, due to FIFA regulations, would she likely be able to go abroad before age 18.

Ultimately, Moultrie is an academy player. She does seem to be an especially talented prospect for her age group, but it’s also worth noting that she isn’t the first DA player to train with the senior team; in fact, in Franch’s absence and with Bella Bixby still recovering from injury, the backup keeper on Portland’s bench Wednesday night was Hailey Coll, an academy prospect who will turn 18 on June 4 this year.

Still, Moultrie’s young age will, naturally, turn heads. But there are two ways of thinking about what her age means: we can either drop our jaws in amazement that a 13-year-old played a half on a team that included professionals, or we can step back and remember that she’s a long way from being ready to play in the NWSL, even setting aside the roster rules. A lot can happen between ages 13 and 18, and being the best at a young age is far from a guarantee of being the best as an adult. Furthermore, on Wednesday night, we got what looked like a glimpse of just how big a leap it is from the youth level to the professional level.

EXTRA: Morgan Brian still figuring out her injury issues, recovering on her own timeline 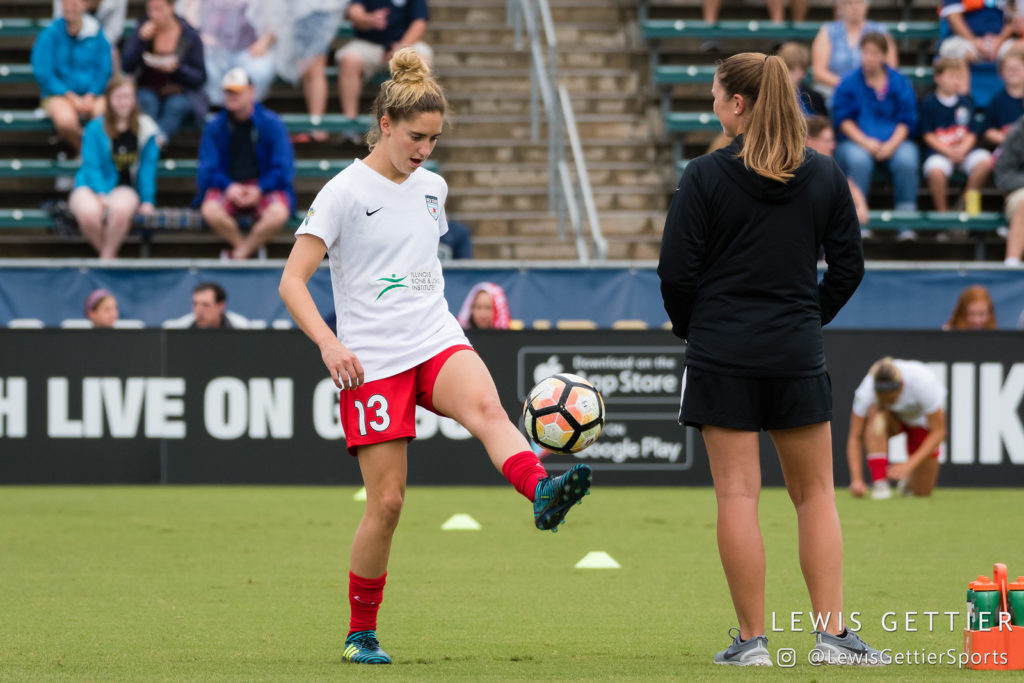 Late in regulation, Moultrie went to the sideline, spoke with an athletic trainer for a few moments, and sat down on the bench. She did not reenter the game. While Parsons wouldn’t get into specifics about why she left the game early, saying only “she’s absolutely fine” when asked about it postgame, Moultrie seemed to be in a similar place to Mallory Weber, who also had to throw in the towel before stoppage time. Simply put, both seemed to be absolutely exhausted. Weber had started against the U-23s, after playing around 20 minutes on Sunday. Moultrie went in at halftime.

Assuming this was an issue of simple fatigue, there’s certainly nothing wrong with a youth player not being at the elite fitness level required of professional players. But it proves the point: however good she is, she’s still very, very young.

If anything, the big question here is not how good Moultrie is, but why the Thorns played her at all this week. Looking at the PR apparatus being built up around her, from her commitment to UNC in 2017, to last year’s New York Times profile, to being picked up by Wasserman Media Group — the same agency that represents the likes of Heath and Christen Press — it’s hard not to wonder if external pressure is at play.

It’s going to be interesting to see how Moultrie’s story plays out in coming years, but it’s important to remember that her move to the Thorns is just one step for a young player who is still a long way from the pros.