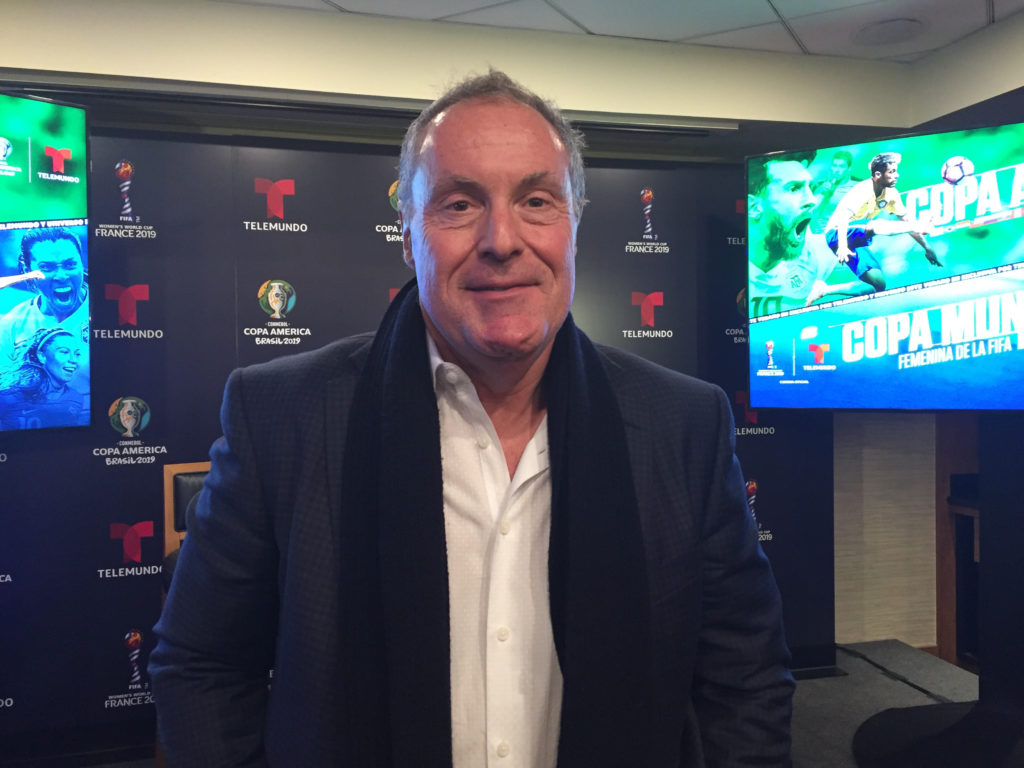 Andres Cantor has seen a lot of goals. And he has burst into many a living room to let us know about many of them with his transcendent “Goooooool!’ call, usually in Spanish but sometimes in English. The word needs no translation. So when Cantor bumped into Carli Lloyd in Portugal earlier this year, and told her that the 58-yard wonder goal that completed her hat trick in the 2015 World Cup final was one of the best goals in the history of soccer, regardless of gender, his word definitely holds some weight.

“Back then it seemed like a novelty,” Cantor told The Equalizer at last week’s Telemundo Summer of Soccer launch. “We really didn’t know what women’s soccer was.”

That was half a life ago for the now 56-year-old Cantor, who, like so many others, cites the 1999 extravaganza in the United States as the most vital turning point for the women’s game.

“I think the fact that the U.S. won it at home at the Rose Bowl had a great impact on the women’s game,” he said. “The American soccer player is such a great athlete. America has great athletes overall in all their sports. There came a realization after the U.S. won — suffering until the last PK — but won that World Cup, that girls all over this country could play that game. They started playing in more massive numbers because of that win. I thought that was a turning point, the before and after the U.S. win in that World Cup.”

Ana Jurka was 6 years old and living in Honduras when the Women’s World Cup began in 1991. She grew up surrounded by soccer fans but mostly not paying attention. Growing up in a country that has been slow to develop and invest in its women’s team even by Central American standards, Jurka never gave much thought to women playing the game at any sort of high level.

“In Honduras, you wouldn’t see it on TV,” said Jurka, who will serve as studio host for Telemundo in Paris and Lyon this summer. “Here, I was impressed because people actually go and pay the ticket and watch women’s soccer. My first World Cup was Canada in 2015 and I remember the feelings that women can play soccer, too, and they can be good.” 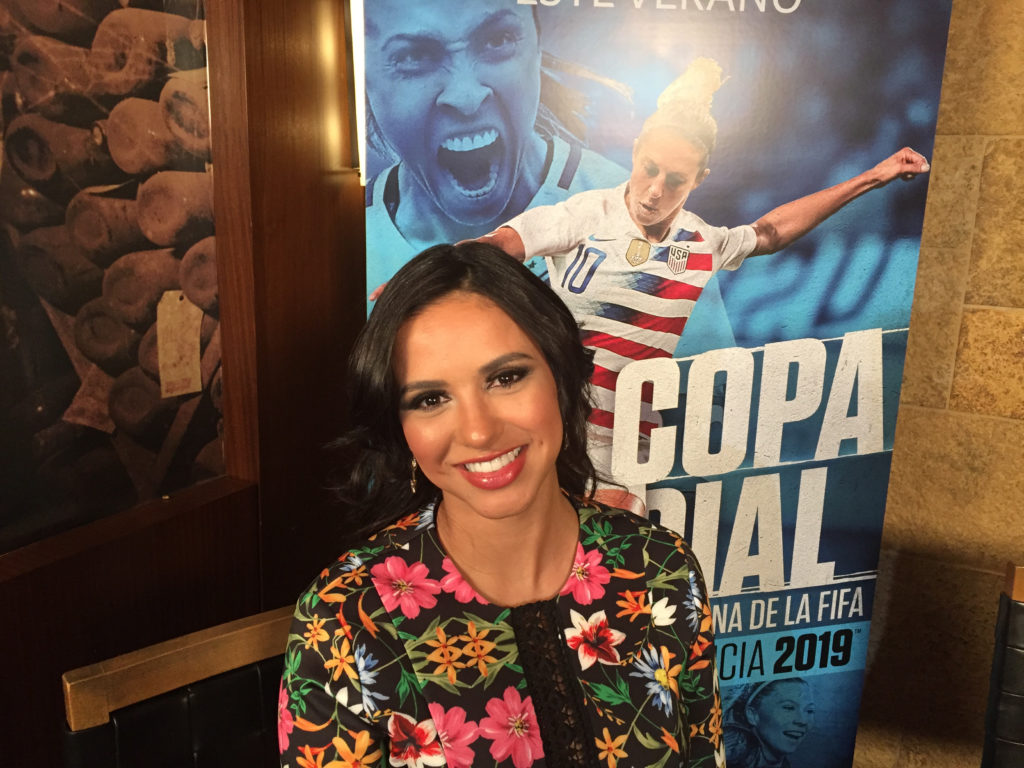 Jurka then went to another Lloyd comparison. “I can compare Carli Lloyd to a lot of male players and Carli Lloyd would kick their butts. Being honest, it was something new for me. It’s still kind of new. Now I’m really involved, but it was really just six years ago [when Jurka came to the United States].”

Now 34, Jurka credits both Cantor and Telemundo with helping to legitimize women’s soccer. The Summer of Soccer event was a prime example as Telemundo hyped the Women’s World Cup as a big-time event.

“I remember four years ago, when he was calling that Carli Lloyd goal, I got goosebumps just remembering it because it was crazy. Hearing Andres calling a game exactly like he would call a men’s game, it’s really important.

“As a woman, I’m proud to be at [Telemundo] and seeing that they are giving the exact same amount of promotion, the same amount of coverage for the Women’s World Cup.”

Jurka said the rise of social media — and perhaps her visible role on Telemundo — is slowly helping to progress the sport in Honduras. The national team, though, has never participated in the finals of a Concacaf tournament. She said that more and more, there will be women’s matches played before important men’s matches but acknowledges that: “It is just starting.”

Cantor has not called all of the Women’s World Cups, but he has seen them all, and he does not miss the days when only a few countries were good enough to even compete.

“The progression of the game itself and the evolution of the game — and how teams and countries around the world have embraced women’s soccer in such a short period of time — is really amazing. It’s really fun and attractive to watch. There are more competitive teams now than their used to be. Way back then there used to be two or three teams that you knew would make the final. Now, the U.S. will have a run for its money. You have France, England, Australia; Brazil maybe will have a last hurrah with this great generation of players. So it’s going to be a very, very competitive Women’s World Cup.”

Jurka agrees: “I think [the U.S.] are going to have a hard time this year. They’re always going to be favorite because they’re so good. Not just the starters, but the bench. They’re so deep. But there are a lot of good teams, like Australia; they have Samanatha Kerr. The Netherlands have Lieke Martens. In France, they’re pumped because the men won and they say, ‘hey we can do it, too.’”