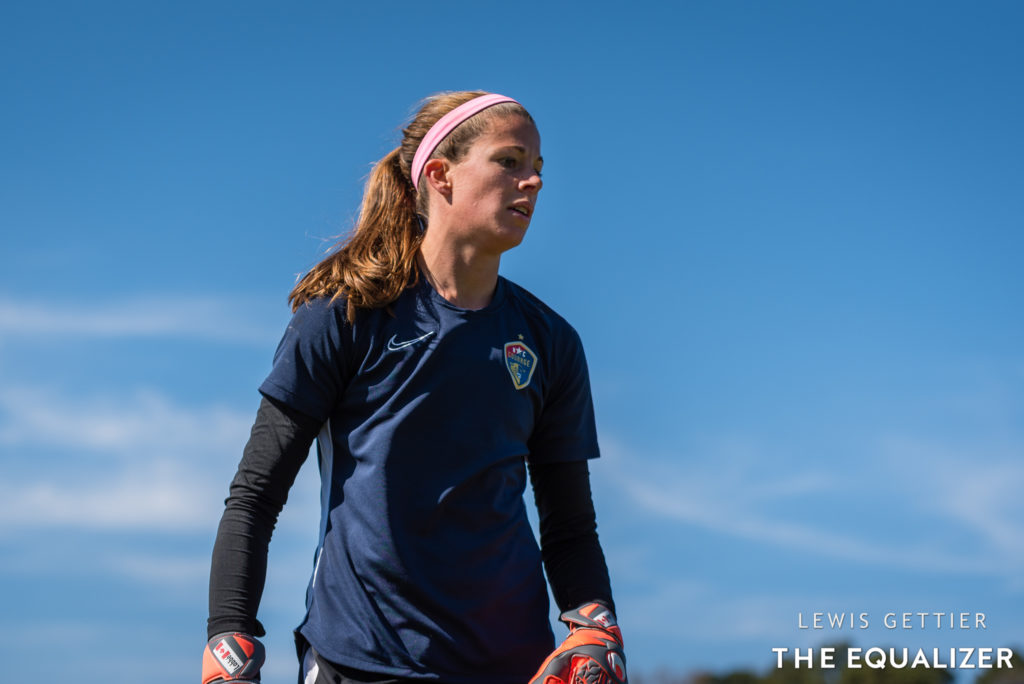 A craving for challenge brought Stephanie Labbé to the Courage

A craving for challenge brought Stephanie Labbé to the Courage

CARY, N.C. — When Sabrina D’Angelo and Paul Riley met during Christmastime, D’Angelo told her coach for the last three National Women’s Soccer League seasons that she had decided to leave the North Carolina Courage for Europe. In order to work her way back up the Canadian national team setup, D’Angelo – along with Canada’s goalkeeping coach — believed she needed to play where she’d get more guaranteed minutes and matches.

Riley didn’t want “Sabs” to go, but to him, a player leaving a team for their career is the best reason to leave. He wished D’Angelo well, but before they parted ways, she left Riley with a yuletide parting gift.

“As we were finishing our conversation, she goes, ‘I know I’m leaving, but I just want to let you know that Steph Labbé wants to come here,” Riley recalls, still with a hint of shock in his voice. “So I’m like, ‘OK, get me a number.’ And then Steph texted me, and off we went.”

“I had an idea that this would be a great club to play in,” Labbé tells The Equalizer. “I had talked with Sabrina and knew what her plans were. I was playing a bit of a waiting game of feeling out what clubs were interested and what might come, and when I knew she made the decision to take her career elsewhere, that opened up a spot.”

It’s been a tumultuous three years for Stephanie Labbé, from the high of winning a bronze medal at the 2016 Rio Olympics to a low of being waived by the Washington Spirit in early 2018 after taking a medical leave of absence from the team late in the 2017 season. Labbé’s much-chronicled battle with depression re-emerged after Rio and was exacerbated after her return to Washington.

“The Olympics is an interesting thing where it’s in your mind for four years, similar to the World Cup,” Labbé explains. “You’re building towards this one event and it consumes your days. Leading up, it’s always in the back of your mind. It’s this pinnacle of your sport coming up, and when you finally get to that point, you know this is what I’ve been training the last four years for, to get to this pinnacle. When everything goes into that moment and suddenly it’s over, it’s so hard to describe. It’s something you can’t really put into words, but it’s this feeling of everything coming to a peak and it’s like, oh, it’s over. You’re like, where now?”

Access the best women’s soccer coverage all year long
Start your FREE, 7-day trial of The Equalizer Extra for industry-leading reporting and insight on the USWNT, NWSL and beyond.
Subscribe
Existing Users Sign In Here
Related TopicsExtraFeaturedPaul RileyStephanie Labbe