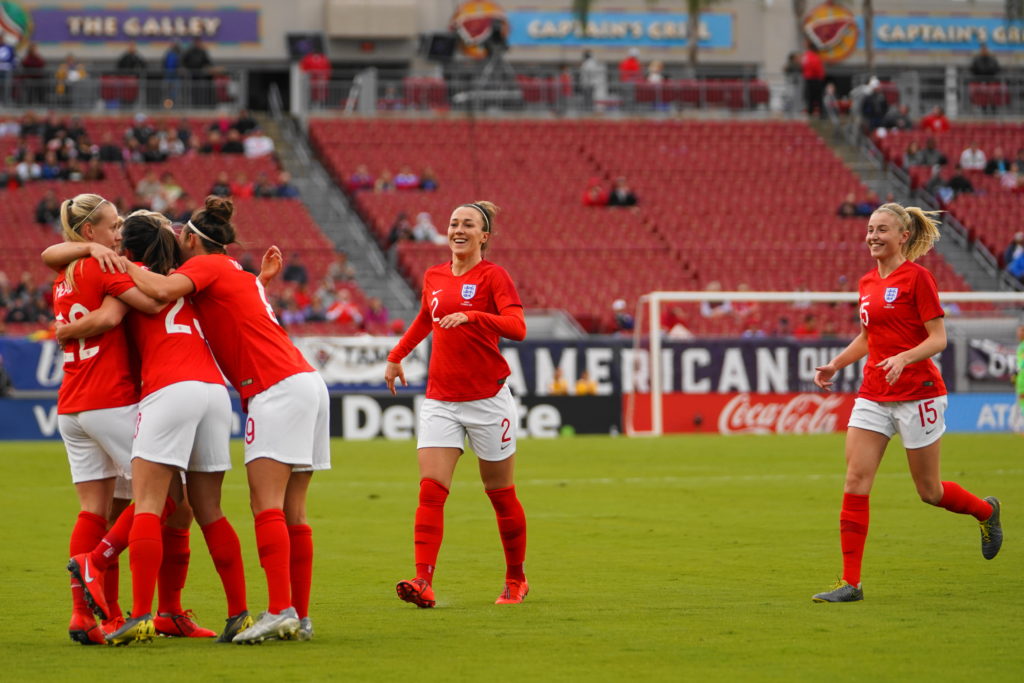 This article is brought to you by sportingbet.com.

England’s recent success at the SheBelieves Cup has only furthered the discussion that they can go on and win the Women’s World Cup this summer.

Phil Neville’s side demolished Japan in their final match in Tampa to top the standings in the four-team round-robin competition. England also beat Brazil and drew with hosts United States during the tournament to show that they could be a force to be reckoned with this summer.

Bookmakers reacted by cutting England’s odds to win the Women’s World Cup to 9/1, and that looks a generous price given the form they showed at the SheBelieves Cup and the handful of realistic World Cup title contenders.

This year marked the first time England won the invitational tournament, having lost to world champions USA in last year’s competition. Neville was full of praise for his players following their victory over Japan.

“It was a sensational performance,” he told the BBC. “I wasn’t that bothered before the tournament whether we won or lost, I just wanted to see an improvement and we go home knowing we are definitely heading in the right direction.

“We just keep listening to the USA, Japan and Brazil talk about how good we are. But we remain humble, have fun and enjoy moments like this.

“You don’t get many chances to get your hands on a trophy. It is my first as a manager, so I am just going to enjoy it. It’s great for everybody, but I think we have bigger things to aim for.”

England have reached the semifinals in their last two major tournaments and the appointment of the former Manchester United star as manager has ramped up expectations for the World Cup.

They averaged over three goals per game during qualifying to finish the group five points ahead of Wales, with Russia a further four points adrift in third. There was the slip-up in a friendly last November against Sweden, but otherwise, the Lionesses have looked the part.

England have been drawn in Group D alongside Japan, Scotland and Argentina for this summer’s tournament and they will fancy their chances of making progress on a surprise third-place finish at the 2015 World Cup.

The Lionesses showed they have nothing to fear from Japan at the SheBelieves Cup and they will be favorites to win all three matches during the opening stage.England defeated Scotland 6-0 at Euro 2017, while Argentina are ranked 36th in the world and are expected to struggle.

Hosts France, USA and Germany remain ahead of England in the outright betting for the Women’s World Cup, but they could be a solid wager to defy those odds this summer.

‘No one is going to break me’: Carli Lloyd readies for another World Cup
Krieger’s USWNT return the right call, bizarrely timed, by Ellis