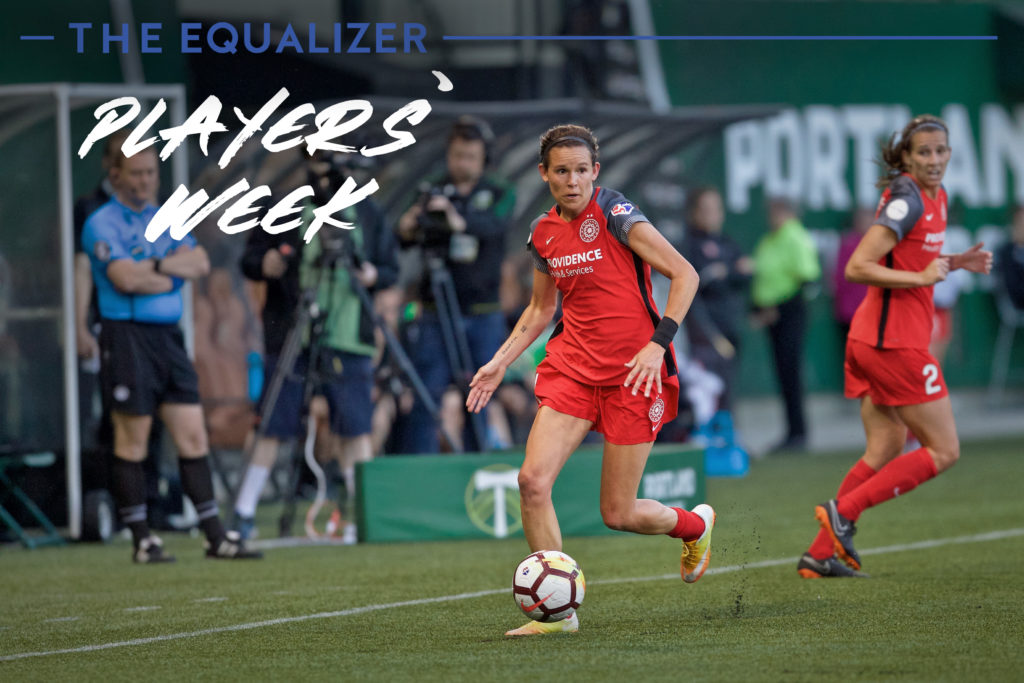 Soccer is my happy place…sometimes.

Because how can you trust in something if it is all happy?

But no one is asking for that.

Four hours before I got on the plane with the team, three days before we played Boston, thirty-seven days before we won the NWSL Championship in 2017, and a year and a half after his third and final cancer diagnosis, my brother Bobby died.

The most frequently asked questions at the time and even now are: Did you win the championship for your brother? Was he on the field with you? Did he give you strength?

Bobby had nothing to do with it. My two other brothers who managed to survive past the age of 19 also had nothing to do with it. I was playing for all the same reasons I usually and still do play: for my teammates, my club, our fans and because I just love to play soccer. People seem to want this glorified tale of overcoming devastation. “Girl plays soccer. Girl’s brother dies in a long and traumatic battle with cancer weeks before championship game. Girl’s shattered soul is restored by dedicating the win to deceased brother…and big shiny championship ring. She also falls in love and finds 20 dollars.” This is not how life – definitely not death – goes.

Bobby had nothing to do with it. It may sound harsh or heartless even, but you have to understand that it has to be this way and it is essential that it stays this way. Let me try to explain.

Five years ago almost to the day, I flew out to Portland as a 21-year-old, fresh from psychology seminars and riveting art history classes packed with seniors trying to snag an easy 3-credit A. College was past its prime; soccer was hitting its stride. I had gotten drafted to the Portland Thorns and soccer was going to be my job. I was going to get paid for exactly what I had been doing voluntarily for 21 years. I felt chosen and extremely undeserving. Life was pretty sweet.

Just as suddenly, I had a car-payment, my own dentist, and a re-usable Trader Joe’s tote bag.

Let’s take a quick step back. I took home-ec in 7th grade, as one does in New York public schools. For Christmas, I sewed a blue guitar pillow for my brother. One time, I constructed spaghetti and meatballs which I then cooked – in the same oven Brain O was simultaneously and to my full knowledge melting a plastic lunch tray to liquid – then I ate those meatballs, and against all probability I’m alive to tell about it. Those things were very cool. Those skills might pop up again someday.  I still love meatballs. Those things, however, are not at the top of the ‘you’re now a grownup – Godspeed’ essentials list. If you have lived through the ages of 21 to 26, then you know this and are most likely, and deservedly so, equally as incensed. If you’re younger or somehow skipped these years – let me tell you, they are crazy and confusing and fun and scary and wildly more complicated than guitar pillows and spaghetti and meatballs. Trust me, I just did them. 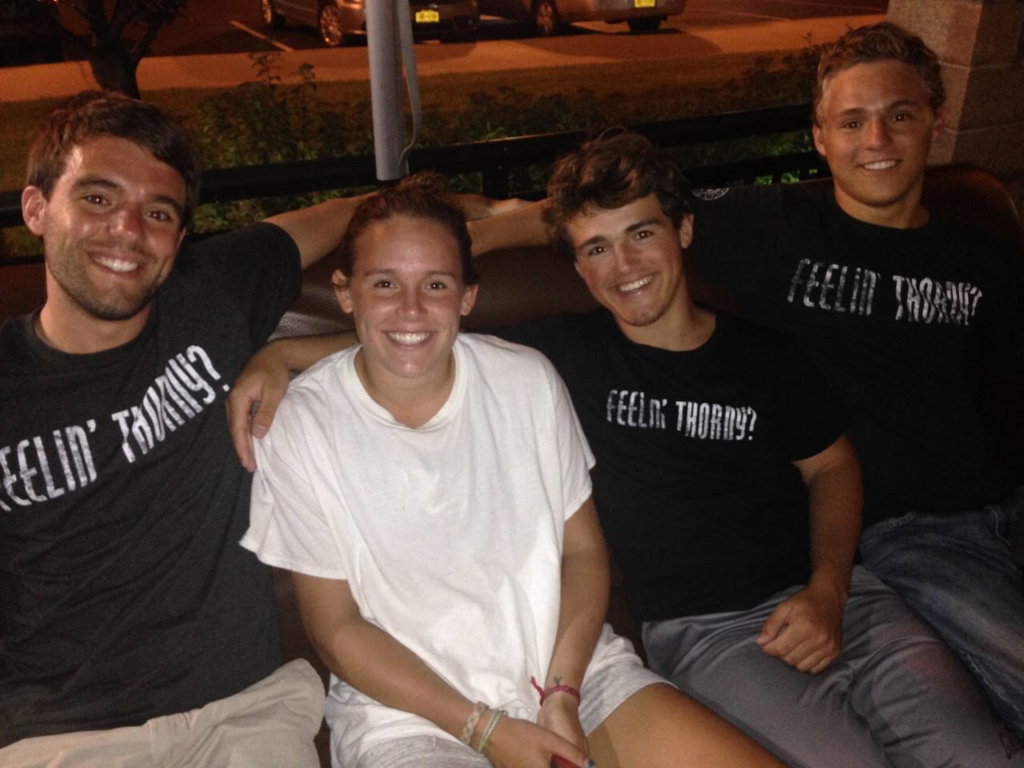 As I hacked my way through these fresh disasters, soccer became a kind of recess or bathroom break of sorts to this home-ec-on-steroids class in which I found myself. I could ignore all dentists and responsibilities for a couple hours each day. I could play with my friends and run around outside. Soccer was fun and more importantly, it hadn’t changed one bit. Crisp passing patterns were still oddly satisfying and small-sided games could still make or break my mood for the rest of the day. Soccer was reliable, the rock holding me steady during the whirlwind of this adult(ish) mayhem.

Just before the start of my 3rd season in Portland, just when I started remembering to bring my Trader Joe’s tote bag from the car into the actual store, I got the news. It was back, chemo would begin soon, the usual. As I touched upon earlier, this was Bobby’s third diagnosis. He beat it twice already. My life did not flip upside down, maybe naively so.

I began flying back and forth from Portland to the East Coast on every off day that felt sensible. The symmetry between my new commute and my rookie spring was rather beautiful, I have to admit. This new system worked well and continued for a year and a half. The club was supportive, my teammates were amazing, and honestly, I loved how much Battleship and Rummikub I was suddenly playing during the chemo days and – unexpected, though somewhat expected – blood transfusions.

Soccer continued without a hiccup, as per the now 24-year tradition.

Chemo did not continue, and not for the right reasons.

In the beginning of the summer during the 2017 season, my trips home became more upsetting. Chemo was not working. There were some experimental treatments available. There was a pooped-out tumor incident (it’s as gross as it sounds). We were behind enemy lines. 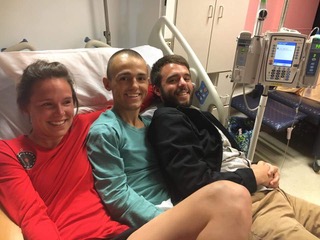 With my brother, I was light-hearted, fun, present and always ready to run out and get him a large Gladiator with chocolate whey protein from Smoothie King. In Portland, I was angry and sad and withdrawn. Soccer practice dragged me out of my apartment. It was the reason I saw other human beings. Soccer was an escape and it was a moment to forget, if only for an hour and a half, the reality of how I knew this story would inevitably end. For that chunk of time I could laugh; I sweat and just played.  It was the same. Soccer was soccer and 1-v-1s were the worst thing imaginable and juggling before we started was the highlight of my day.

I sat with Bobby seconds after the doctor told him his chances were slim. I can stay, I told him. Fuck soccer. I can stay however long. He shook his skinny little skeleton head. No, it’s ok. You have to go back. You have soccer.

You grow up thinking your siblings last forever. You know your parents are old and weird and going to die who knows when, but what makes soccer the thing that lasts? What makes it eternal, never-changing?  Why are half-field-passing-patterns-to-goal destined til the end of time to be boring for center backs?

Four hours before I got on the plane with the team, three days before we played Boston, thirty-seven days before we won the championship, a year and a half after his third diagnosis, and on September 8, 2017, Bobby died.

A year and a half later, soccer is still the place I need it to be most.

I’ve never been able to meditate, but in a way, soccer is that for me. Instead of sitting for an hour and clearing my mind, focusing on only the six-count inhale and exhale of my breath, I stand on a field with nothing in the world on my mind except which of my teammate’s feet I should be passing to. Who else gets two uninterrupted hours a day without a phone attached to their hip? Without obligation to respond to texts, read the news or an impulse to check social media? Soccer is a detachment. It’s an escape and a place to laugh and express yourself, focus on the details or play free. The world and your life will continue to billow around you just before you walk into the locker room and as you head back out to the parking lot. Soccer is a way to cope with the best and the worst that knocks you to your knees.

That’s why Bobby has nothing to do with it, and that is crucial. This isn’t a story about overcoming obstacles. There are 22 hours left in the day for that. This is about the power of stability and the importance of the little, everyday pieces of life. 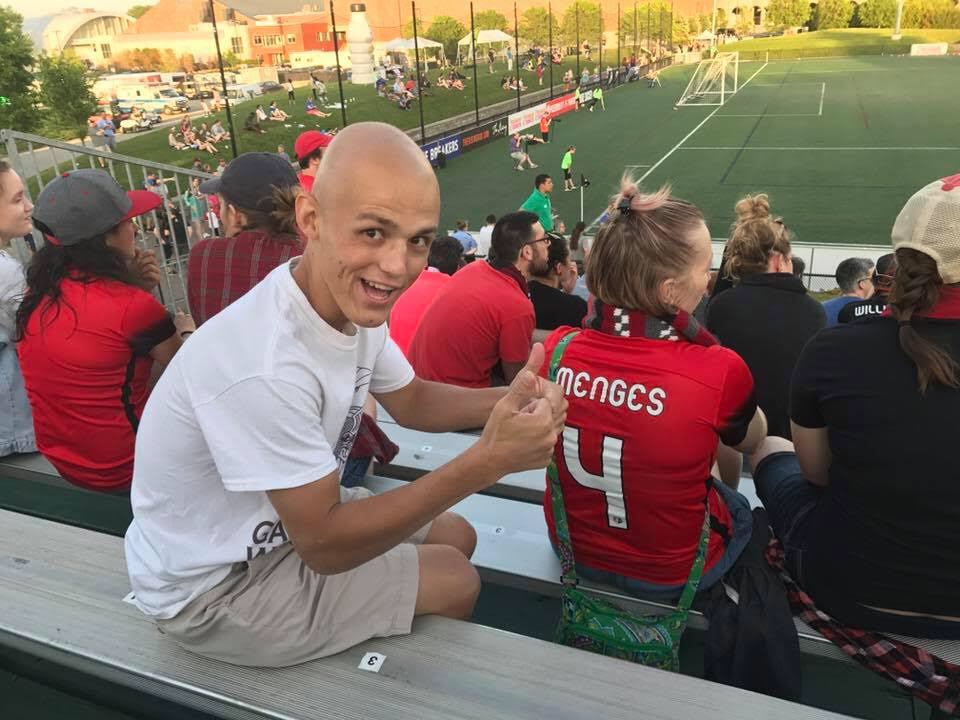 Emily Menges is a defender for Portland Thorns FC. She is the vice president of the I’m Not Done Yet Foundation, which helps adolescent and young adult patients with cancer and other serious, chronic, long-term illnesses as a they transition from pediatrics to adults.

Guess Who is a professional goalkeeper
Define your beauty