‘No one is going to break me’: Carli Lloyd readies for another World Cup 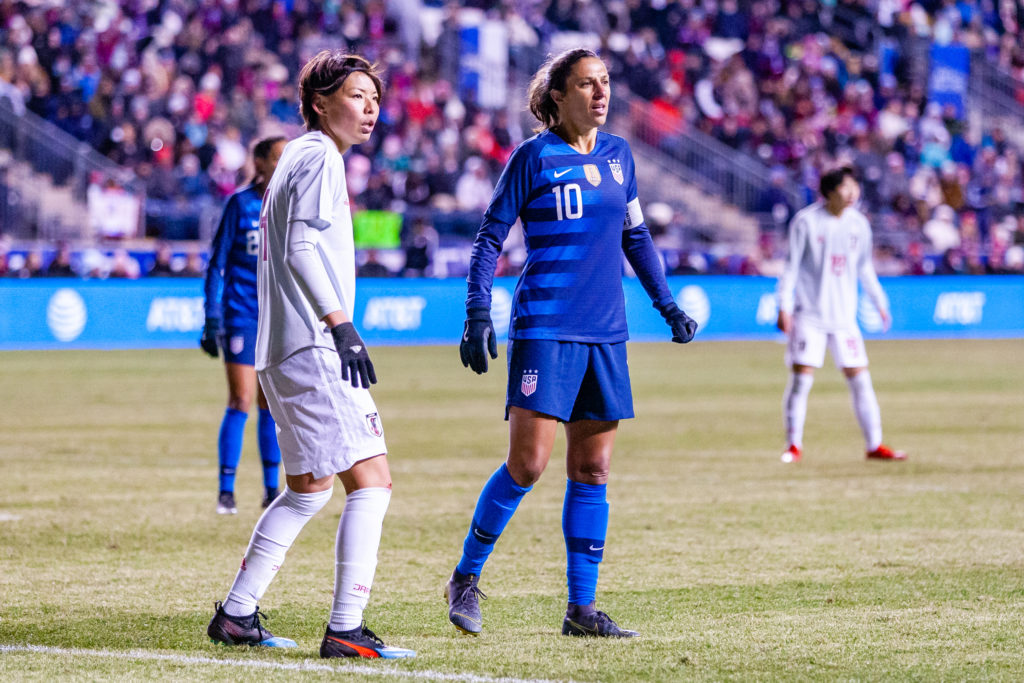 NEW YORK — Carli Lloyd missed training with Sky Blue FC on Tuesday so she could be a special guest at Telemundo’s Summer of Soccer launch party. No worries, the star of the 2015 World Cup said. “I’ll be training in the evening tonight.”

Four years ago, Lloyd transcended the sports world with her 15-minute hat trick in the World Cup final, and immediately afterwards told the world she was not done yet. She still planned to play in the 2019 World Cup and 2020 Olympics before hanging up her cleats. Some were skeptical, but as Lloyd enters her final few months as a 36-year-old, she is once again in the final stages of World Cup preparation.

“I’ve amped up my training and I’m training double days,” she said. “I’m just revving it up now and it’s all about being ready. As I’ve seen through my career, you never know when that time may come. It’s important to be ready, and I know I’ll be ready. And I want to do anything I can to help the team win.”

The World Cup is less than 80 days away. So far, 2019 has seen a United States side that looks far from its best, and it has seen Carli Lloyd used as a late substitute. The 2015 Golden Ball winner is not worried about either.