Sophie Schmidt gives the Dash the midfield spine that they need 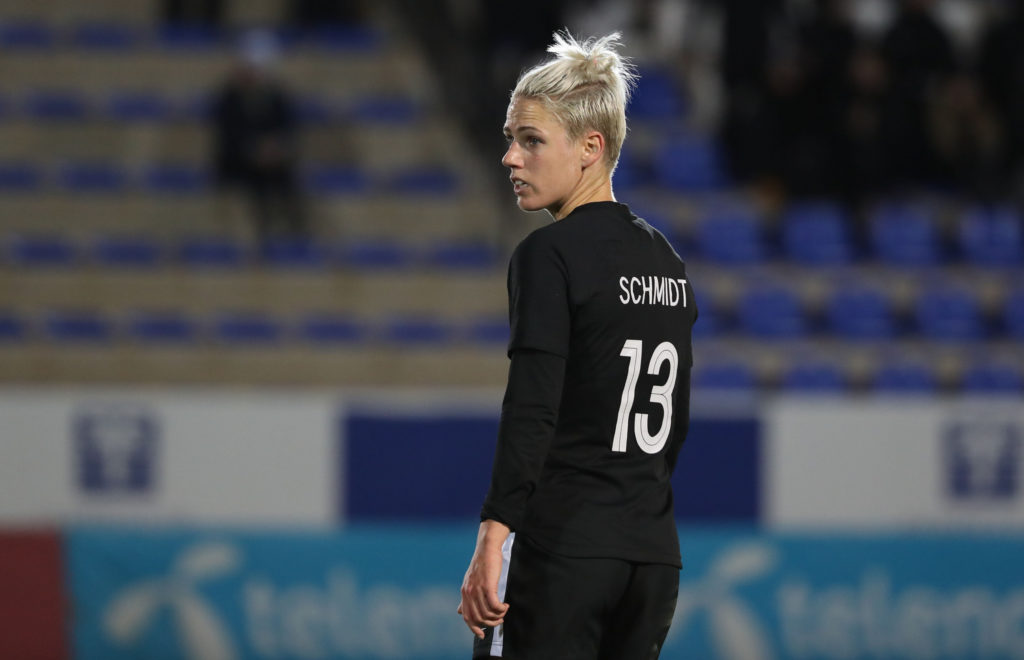 The Houston Dash have signed Canadian midfielder Sophie Schmidt. A veteran of both Women’s Professional Soccer and the National Women’s Soccer League (with magicJack and Sky Blue, respectively), she also played in Germany’s Frauen Bundesliga for three years and is approaching the 200-cap mark for her country. She’ll join Canadian teammates Allysha Chapman, Nichelle Prince and Lindsay Agnew in Houston.

While Schmidt is going to miss a chunk of the season — along with everyone else expected to head to the World Cup in France — the steadying presence she offers the Dash outweighs that absence.

Schmidt brings a wealth of experience that the Dash midfield have had infrequently, at best. She gives the team a spine. While past Dash squads have boasted excellent midfielders such as Andressinha, Becky Edwards, Carli Lloyd and Denise O’Sullivan, they’ve not often been able to pull all the pieces together into a truly cohesive unit in the middle of the park. As a result, the Dash have often been forced to play reactively, allowing other teams to control the tempo. Houston found what success they’ve had with last-ditch defending and an offense built on the counterattack.

That’s all well and good, but as the Dash results show, it can only take a team so far. Houston’s defense has never been among the best in the league, and part of that is because of the lack of support from their midfield. Last year’s Dash sat Haley Hanson in front of the back line. With the right development, Hanson could be a diamond in the rough, but she’s not quite ready to go it alone. If she still figures in James Clarkson’s plans and can form a good partnership with Schmidt, the combination should settle Houston down while allowing the defense some breathing room and the attack the freedom to push forward.

Schmidt is capable of playing as a No. 6 or a No. 8 and brings a calmness on the ball with excellent passing skills. Her distribution and vision will be essential to unleashing the Dash’s dynamic wingers like Kristie Mewis, Kealia Ohai and Sofia Huerta. Like most deep-lying midfielders, she doesn’t often make highlight reels and isn’t a frequent scorer, but when she does get up the pitch, she will occasionally bust out a really nice goal such as this half-volley from 2015.

It’s hard to know what to expect from the 2019 Dash, for two reasons. One is that history has shown that despite clear talent, Houston is usually underwhelming and hasn’t found the key to consistently unlocking their talent. Secondly, we don’t yet know what system Clarkson is going to implement and how the players will respond to him in his first season in charge. Vera Pauw, for all her rigidity, instilled a discipline in the Dash last season that they’ve never had before, one that can create a solid foundation for a better team to build on.

That said, on paper Houston’s roster is among the most talented they’ve had. If they do flourish under Clarkson and become a contender, Schmidt is likely to be a key piece in the transition, particularly after the World Cup break. Think of Julie Ertz for the United States, McCall Zerboni and Sam Mewis for the North Carolina Courage, Danielle Colaprico (and/or Ertz) for the Chicago Red Stars: when a team finds success, it often begins and ends in the center of the pitch.

Whether it’s scoring goals or keeping them out, midfield support is essential, and that has been Houston’s missing link, which Schmidt can solve.