Marc Skinner: Orlando Pride’s identity in transition — in more ways than one 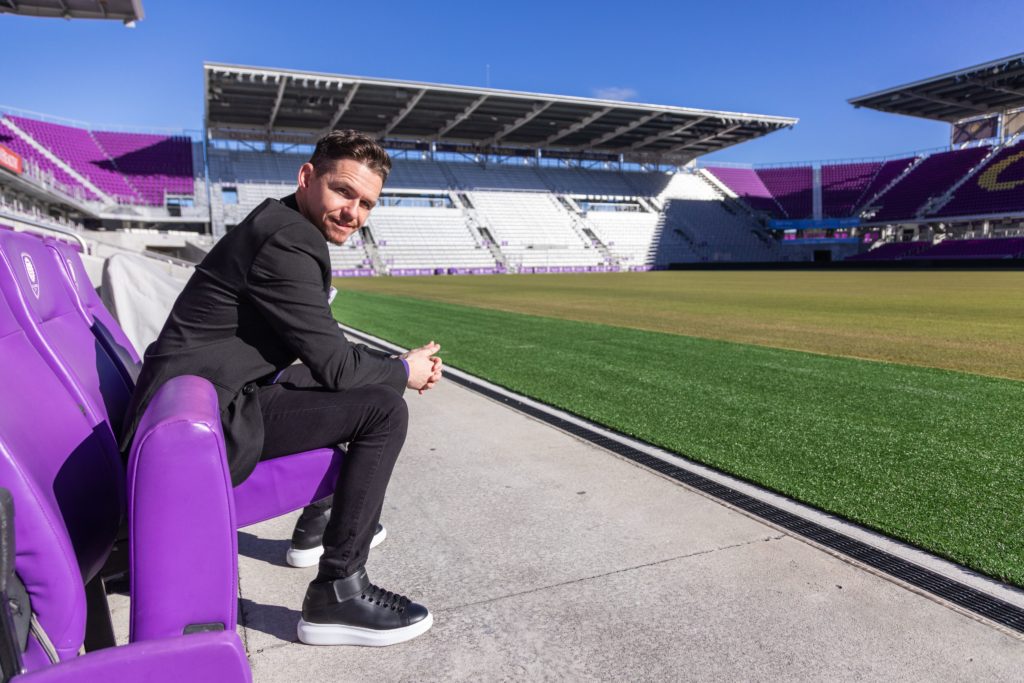 Two days before the opening of Orlando Pride preseason, Marc Skinner sat in the supporters’ section at the Orlando City SC home opener. The home side fell behind 2-0 before giving the sellout crowd a thrill by rallying to secure a 2-2 draw.

“It was the most wonderful experience,” Skinner gushed. “It’s a life experience I’ll never, ever forget. For the first time in my life, apart from the birth of my daughter, I felt very, very blessed to be a part of it. The fans are wonderfully unique. The energy…I couldn’t stop smiling.”

Two days later, Skinner opened Pride training as the club’s second head coach, having succeeded Tom Sermanni. The soon-to-be 36-year-old Skinner, who was hired in January, believes that part of his duty as coach of the Pride is to make their games like the City games.

“My job is to bring that energy from the City fans into our games,” he said. “My job is not to rest until that happens.”

EXTRA: We’re about to find out if the World Cup bump is real for the NWSL

First things first, though, he has to build a soccer team. The 2018 Pride were a conundrum. At times, they looked both organized and dangerous — and like they might have been the team best suited to give the North Carolina Courage a run for their money. At other times, they looked lost and disinterested. After stalking the top of the table into July, the Pride won only two of their last 11 matches, none after July 14. After leaving two points on the table August 5, when Marta failed to convert a stoppage-time penalty against Sky Blue FC, the Pride were outscored 9-1 during a season-ending, four-game losing streak.

The former Birmingham City boss said that the National Women’s Soccer League is a very transitional league and went on to praise the Courage as a team that mastered the art of transition soccer. And it is there that Skinner hopes he can start to get the Pride back to their 2017 playoff form.

“I think if we can control the transition and have better positional sense and not be as particularly wide open to leave teams chances to go 2-v-2 or 3-v-2, maybe that’s where we lost our way last year,” he said.

It is the transition game, he said, that often put the Pride in bad spots in 2018.

“If we can control both of the transitional senses, then we will score more goals and we’ll be better defending counterattacks. There is quite a lot of direct play in this league because we’ve got people that can switch the ball very quickly and players that can make accurate, long passes. If we can stop that, I think we can control the possession and then teams will have to confront you, which makes them vulnerable to being picked apart. That’s something that we hope to bring to control the transitions.” 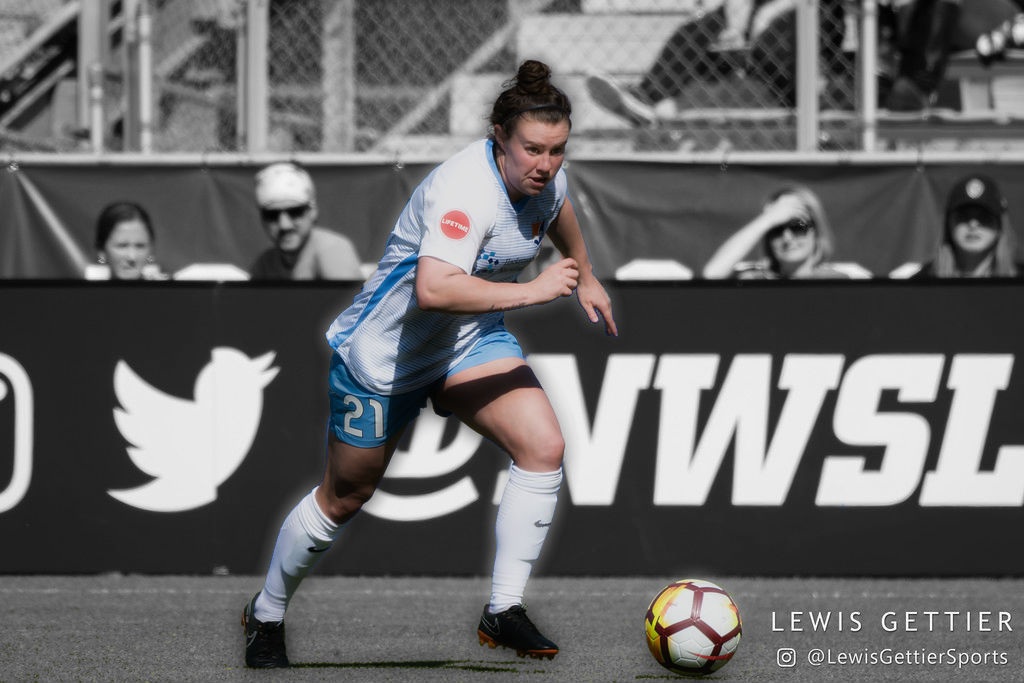 One thing that has not transitioned much is the Pride roster. Brazilians Monica and Poliana both left the NWSL, and Christine Nairn was traded to Houston. Sydney Leroux is pregnant and will miss a good chunk of the season. (Leroux is with the team now and is expected to be around much of the season. She has not been ruled out as an option to play late in the season.). The Pride took on an extra international spot in the Nairn trade but as yet have not utilized it.

“The only problem is that if you’re adding from leagues that are already playing, you might have to wait until the end of their season,” Skinner said. “It’s one of the options we’ve got. We’re still looking at this league and within the American system. We’re open. We’re working behind the scenes now. I think there is a transition that has to happen here over the next couple of years and that’s my job.”

In other words, Skinner wants to win, but he also wants to build a Pride model that can be sustainable through the years. “If you take North Carolina as an example, they have had a sustainable success,” he said. “They’ve been successful over a period of years from something they’ve done. I’m going to try to give us a sustainable identity, something that can be built on and leave a legacy. It’s not just to win instantly; it’s to control performances to make sure we maximize the opportunity to get results. If we can do that, I think we’ll give the Orlando fans something to be really proud of.”

Skinner was asked to describe what he hopes the Pride will look like early in the NWSL season. His answer was detailed:

“Hopefully you’ll see a team that is connected and that plays as 11. They’ll know how to exploit spaces and how to condition the opponent so we can control their attacks and their buildup. It always takes a little bit of time, so what I’d hope to see early on is the players working more cohesively. Rather than being high and wide all the time, hopefully there are more passing options available than there were last year. Hopefully you will see a united Orlando team, which they were at times last year. Something fun to watch, hopefully.”