Monday Morning Wakeup: How the U.S. can win SheBelieves 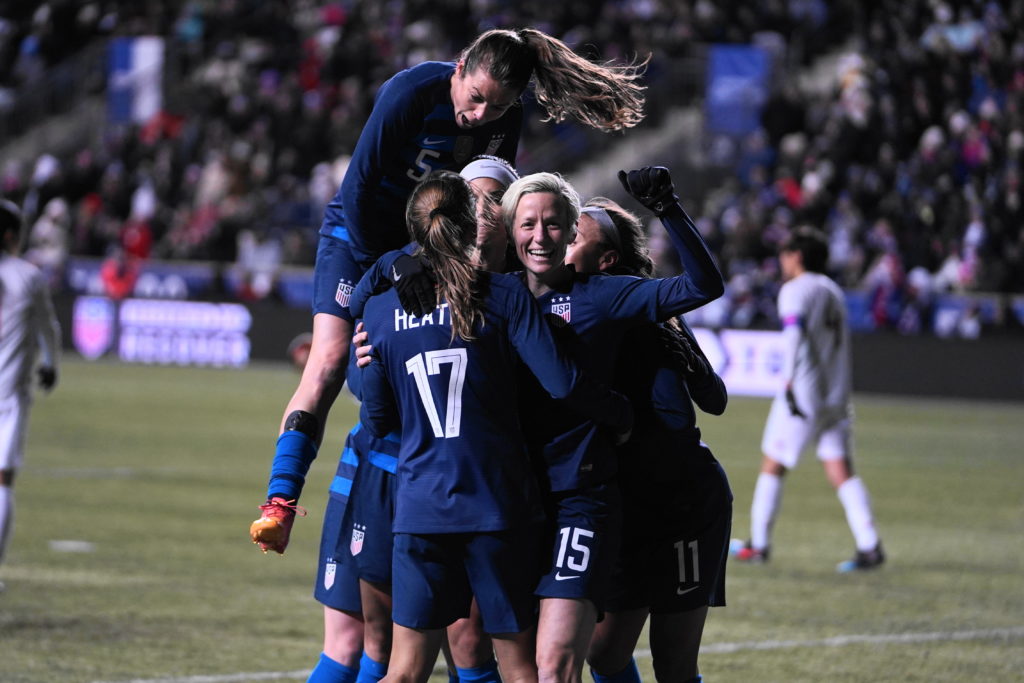 The latest: Japan plays England on Tuesday and the winner will be SheBelieves Cup champion. If they draw the United States can steal it if they beat Brazil by three goals in the finale or by two goals while ending the tournament with at least as many total goals as Japan.

PODCAST: Episode 49 looks at what is going right, and what is going wrong, after two less than perfect matches for the USWNT at the SheBelieves Cup. Claire, Chelsey, and John have all the angles covered

The latest: Australia finally got on the pitch for the first time since the coaching shakeup and they’re two-or-two in their brand new tournament. Only a shock loss to Argentina in Wednesday’s final match could prevent the Matildas from taking down their own event for new coach Ante Milicic.

The latest: Christine Sinclair’s 179th goal is the only one in two group matches. Iceland and Scotland will conclude things Monday and will win the group with any win other than 1-0. Note that all Algarve Cup teams advance to placement matches scheduled for Wednesday.

The latest: Poland’s 3-0 win over Spain stands as the most surprising result of this international window and Poland can now win the group if they can stat within two goals of the Netherlands on Monday.

The latest: Five different goal scorers have paced Norway to win the group and a spot in Wednesday’s final.

The latest: Portugal edging Sweden in stoppage time on Friday is another big upset from the week and the group is open for anyone to win with a game to play. Portugal will take it with any result against Switzerland while the Swiss will need to win by five goals to flip the goal difference on Sweden. Mimmi Larsson had the tournament’s only hat trick so far in Sweden’s 4-1 win over Switzerland.

The latest: Rough go for South Africa who had to rally twice to draw Finland and then lost big to North Korea. A stoppage time goal for Czech Republic against Finland leaves them with feint hopes of catching North Korea for the group. Note that all Cyprus Cup teams advance to placement matches scheduled for Wednesday.

The latest: Italy are in frolicking good form approaching their return to the World Cup. Valentina Giacinti has braces in both games so far. They’ll finish against fellow World Cup side Thailand.

The latest: A wide open group was punctuated by Slovakia scoring three goals in 10 minutes to erase a 3-0 deficit only to have Nigeria win it 4-3. Nigeria will face Belgium in a fascinating group finale but they are at the mercy of Austria who play Slovakia.

The Equalizer Podcast, Episode 49: Looking lost out there
The 22 USWNT federation players for the 2019 NWSL season are…