The 22 USWNT federation players for the 2019 NWSL season are… 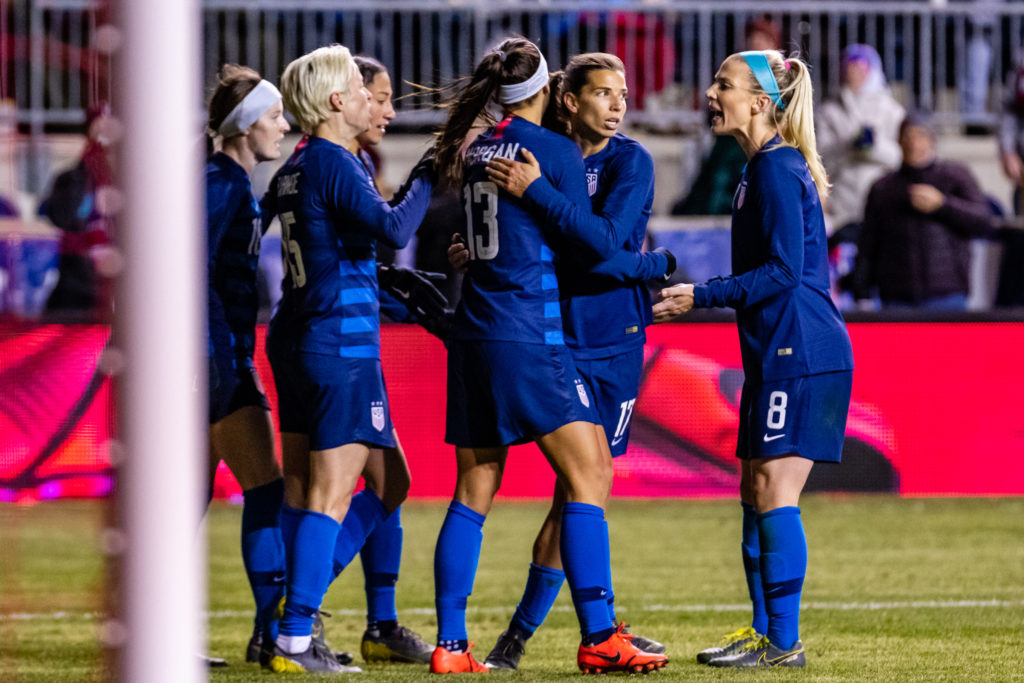 For some reason, the league still has not formally announced federation players for the U.S. and Canada, decisions which — at least for the U.S. — are made in December. Believe me, I’ve asked — nobody has had an answer as to why this hasn’t been announced. Almost all of the changes have already been reported, so below is the complete list of U.S. players.

There are a few changes to the pool of allocated players for the United States women’s national team. The number is 22 total — which is down one from last year and the minimum, per the collective bargaining agreement. Dropped from allocated status are Houston Dash goalkeeper Jane Campbell, Washington Spirit defender Taylor Smith, North Carolina Courage forward Lynn Williams and Utah Royals FC forward Amy Rodriguez, all of which was reported by The Equalizer on Jan. 3.

Teams who have a player getting removed from allocated status have to offer a minimum threshold of a salary to keep the player (65 percent of their federation salary). Otherwise, the player enters the distribution process. Campbell, Williams and Rodriguez will return to their teams under new, standard player contracts. Smith is not listed on the Spirit’s preseason roster, and she could miss the entire season after tearing her ACL in December while playing in Australia.

You deserve the best USWNT and NWSL coverage: Subscribe to The Equalizer Extra for exclusive interviews, features, news and analysis

Chicago Red Stars defender and No. 1 overall pick in the 2019 NWSL College Draft Tierna Davidson is not an allocated player. It was thought at the time of the draft that allocated status influenced her decision to leave Stanford a year early, but that obviously was not the case. Davidson’s decision to turn pro, in general, had to do with giving herself the best possible shot at being ready for the World Cup.

The Houston Dash are the only team without an allocated U.S. player.

Federation players (a.k.a. allocated players) are paid directly by their federation, not their NWSL clubs. There is salary-cap relief for teams with fewer allocated players — and teams with more allocated players have lower caps. That’s a simplification, but illustrates that there are (complicated) mechanisms made to account for discrepancies between teams.

Canada’s 2019 NWSL allocated players have not yet been announced, either.

Monday Morning Wakeup: How the U.S. can win SheBelieves
Becky Sauerbrunn is as indispensable as ever for the USWNT