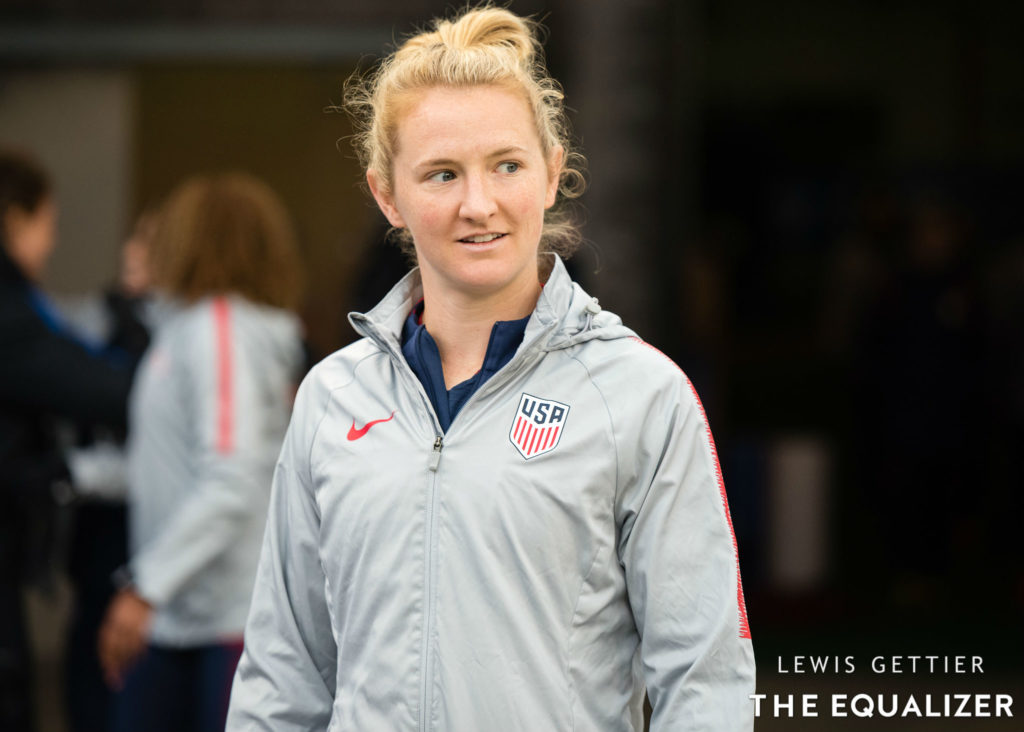 During every pocket of the United States women’s national team’s existence, there have been players whose names inspire instant debate. The hot-button name at this year’s SheBelieves Cup is Sam Mewis.

When the roster dropped, accompanied by news that midfielder Lindsey Horan would miss the tournament through injury, the belief was that Mewis was about to be presented the opportunity to return to regular playing time. A year ago, it was Mewis who missed the SheBelieves Cup after suffering a knee injury against Canada in November 2017. She returned last summer but by that time the U.S. were a finely-tuned machine and there were few opportunities available.

Then Wednesday came and went, and Mewis remained frozen to the bench for the entire 90 minutes of a 2-2 draw with Japan in frigid Chester, Pennsylvania. And to the surprise of many, U.S. coach Jill Ellis ran out the same midfield on Saturday in a 2-2 draw with England, using Rose Lavelle and Mallory Pugh in front of Julie Ertz. And then finally, in the 64th minute with England leading and the U.S. looking a bit lost, Sam Mewis made an appearance.

EXTRA: On verge of goal No. 100, Alex Morgan is a more complete forward than ever 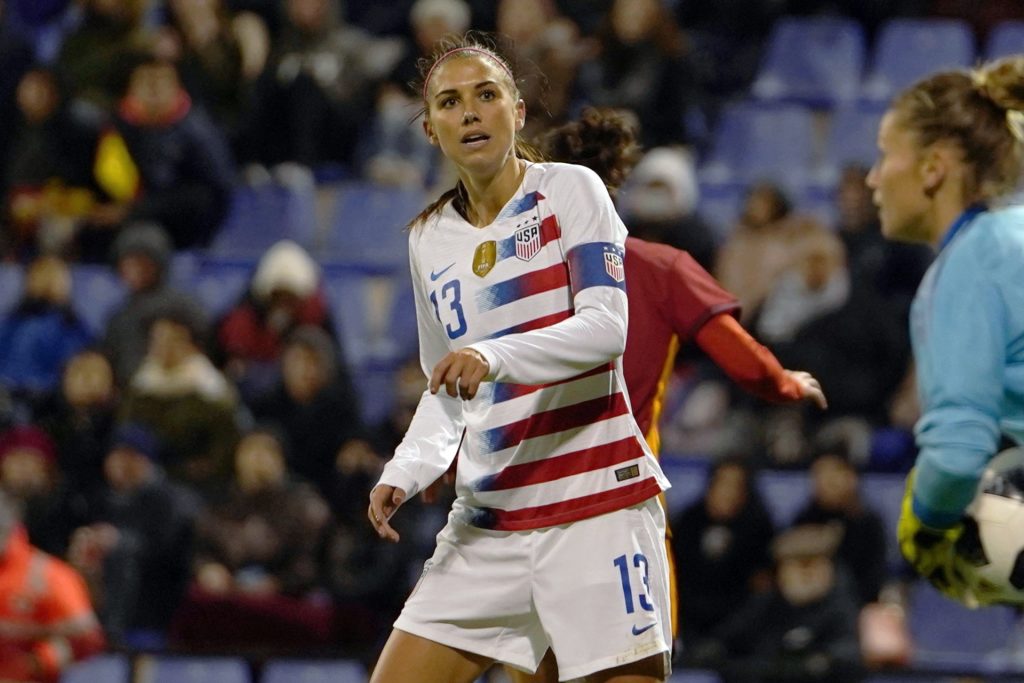 It took less than a minute for Mewis’ impact to be felt. First, she rose high to win Adrianna Franch’s goal kick off which the United States held position and cycled it around in back. Then came a quick attack that saw Megan Rapinoe, Mewis and Alex Morgan all beat defenders with single touches, the last of which played Rapinoe down the left flank.

Mewis was able to beat two England defenders with her single touch, and by doing it so quickly and decisively, she allowed Morgan the opportunity beat a third with her touch back to Rapinoe, who in turn got the necessary half-step on a closing midfielder to get herself racing toward the goal. The sequence did not specifically lead to a scoring chance, but before the ball ever went back into the United States’ defensive half, they had tied the game on a goal-mouth scramble.

About five minutes later, Mewis was able to infiltrate a swath of open space between the English midfield and defense. Rapinoe found her there and in an instant, four different England players were eyeing Mewis. That spatial awareness and ability to collect the ball calmly allowed Christen Press to run into space down the right flank — and Morgan to make her way in between the center backs.

Unfortunately, that play died on the vine when Mewis sent the ball one way and Morgan turned the other while Press ran free, having probably been the best-positioned player to take the next ball. But it was another example of the skill set that Mewis possesses — and frankly that few if any other U.S. players do. It made her lack of playing time against Japan and England all the more curious.

“She’s obviously done well in training,” Ellis said in her post-match press conference. “I think Sam came in and was an impact player for us for sure.”

Ellis was specifically asked by The Equalizer if she considered giving Mewis a start in the match.

“There’s still things today that we were able to evaluate,” Ellis, who on Saturday started the same 10 outfield players as she did on Wednesday against Japan, said. “You don’t want to necessarily have to do that sometimes in a tournament, because you want to get results, but you want to make sure you have answers going into a world championship.”

Ellis went on to say that it was important for her to get Press on the field. Press and Mewis do not play the same position, but the rotation as of late has been to bring Press in as the right-sided striker and drop Tobin Heath back into the midfield, in this case for Lavelle. That means the Press substitution is effectively one that could be Mewis if Ellis decides to either keep Heath up top or remove her from a match.

Time — though there is not much of it — will tell what Mewis’ role will be at the 2019 World Cup. If Horan’s injury is as minor as we’re led to believe, that will further shove Mewis down the depth chart. And for the two examples above, there may have been three or four times when her passes sailed aimlessly into space or her touch was too heavy. But there was no doubt that when she came on the pitch, England were presented with a set of circumstances they had not needed to worry about for the first 64 minutes.

Harjeet Johal contributed to this report.

Alex Morgan, one goal from 100, is a more complete forward than ever
The USWNT is overthinking how to utilize Julie Ertz