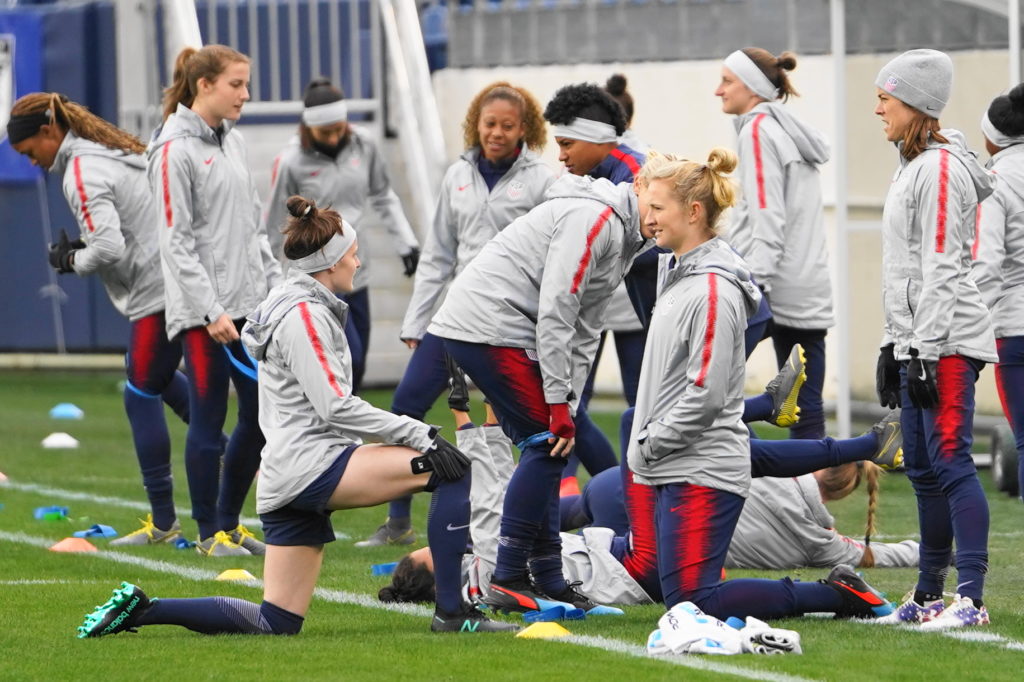 The United States women’s national team settled for a 2-2 draw with Japan on Wednesday to open their 2019 SheBelieves Cup, a disappointing result considering the Americans twice blew a lead — including in second-half stoppage time.

That the result followed a whooping in France, and a fairly ugly win over Spain to open the calendar year, doesn’t quite inspire confidence in the way that the Americans’ unbeaten 2018 campaign did. Saturday’s match against England is of particular importance given the Americans’ ebb in form.

The Equalizer is on the scene with team members at every stop of the SheBelieves Cup. To get the most and very best content, subscribe to The Equalizer Extra (and if you’re lucky and do so by 2 pm ET Saturday,  you can still get 40% off your first year of annual membership with the code “100days” … pretty sweet).

Here’s a roundup of what to know from U.S. camp:

U.S. defender Becky Sauerbrunn missed Wednesday’s match due to what U.S. Soccer is describing as a minor knee issue. Jill Ellis says that they are being cautious with Sauerbrunn and not taking any risks so close to the World Cup. There was particular risk given the near-freezing temperatures in Pennsylvania on Wednesday.

Sauerbrunn will miss Saturday’s game as well, which gives Tierna Davidson and Abby Dahlkemper another shot to work on their chemistry while simultaneously battling for the second starting center-back spot. They had a few issues on Wednesday. Let’s see how things go Saturday.

#USWNT Coach Jill Ellis on Becky Sauerbrunn. She’ll be out there for training, but highly unlikely for tomorrow vs England. #SheBelievesCup pic.twitter.com/b1Pk83twwF

Just in case you didn’t learn from the search for a general manager and head coach for the U.S. men’s national team, let it be stated for the women’s national team GM job: it might be a while before there’s a hire.

A year after announcing the creation of the positions, the role of women’s national team GM remains unfilled. In September, U.S. Soccer laid out a timeline which stated that a long list would be narrowed to about 10 names for phone interviews in October and November, with in-person interviews for finalists taking place in December and January. By about now, there would be a new GM, according to that initial timeline.

Of course, the elephant in the room was that the women’s national team is about to head to France for the World Cup, and introducing a new power broker in a newly-created position in the pyramid sounded like a recipe for disaster. 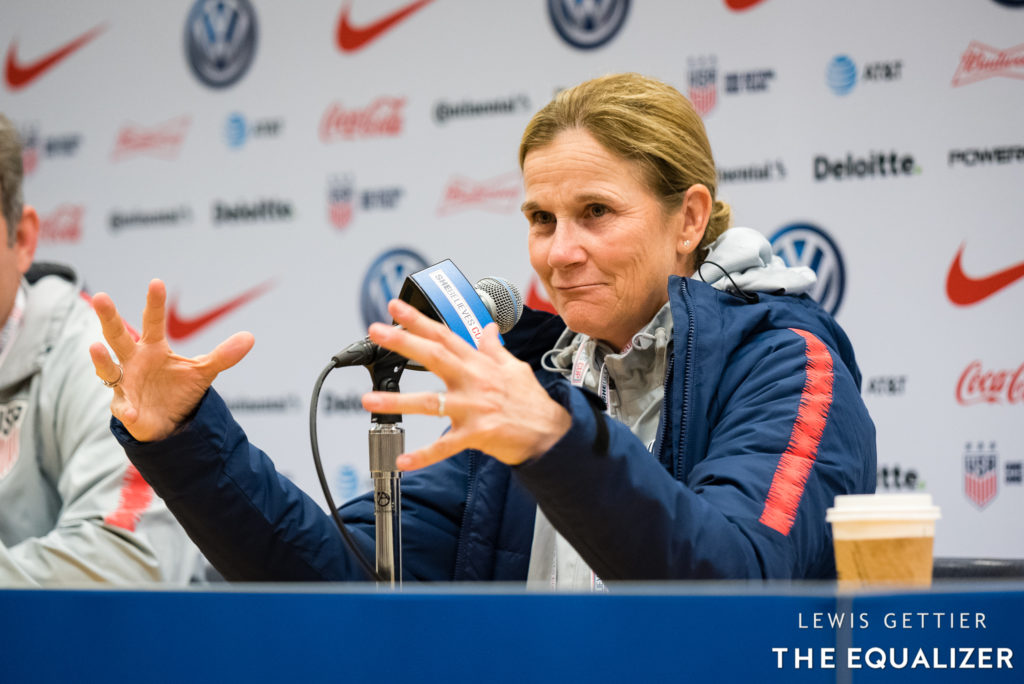 U.S. Soccer president Carlos Cordeiro revealed at the recent U.S. Soccer annual general meeting that the first interview process has only just now begun. The Equalizer understands that initial long list was brought down to about two dozen candidates, which now stands at 11. Those folks will be narrowed down to a final five or six for in-person interviews.

That isn’t new information — but the timing is obviously different. Cordeiro admitted it could be May before the hire is made. And if you read the tea leaves, it looks entirely possible that the hire won’t be made or announced until after the World Cup. The general manager will have power to hire and fire the head coach. Should that person really be introduced a month before the World Cup?

Cindy Parlow Cone is the new vice president of U.S. Soccer. The former U.S. international and National Soccer Hall of Fame member ran unopposed. She will serve in the role for one year, assuming office for the role vacated by Cordeiro and finishing his term. A VP election for the next full, four-year term will be held at next year’s annual general meeting.

Parlow Cone will be involved in the process of hiring the general manager.

April Heinrichs in December stepped down from her role as U.S. Soccer women’s national team technical director. The news came as U.S. youth teams continued to struggle at the U-17 and U-20 World Cup stages in 2018. Heinrichs’ vacated role will be filled, but there is no timeline for a new hire. She assumed the role in 2011, when it was created alongside the role of development director — which was filled by Jill Ellis. That development director role was quietly removed from the structure when Ellis took over as national team coach in 2015.

Christen Press has been the best U.S. player through three matches in 2019. She made an impact and tallied an assist within a minute of checking into the match on Wednesday, and her form is asking a lot of questions of Ellis, who otherwise had appeared to have settled on her front three. Perhaps this pushes Press into a regular super-sub role — or even a starter, should the form of Rapinoe or Heath dip.

“Something you look at when you go into a World Cup is your depth and your players that change the game. [Press] was obviously great in the Spain game, made a difference there. She’s posing a lot of challenges now in terms of selection, because I thought she was just an instant game-changer for us.”

If you’re wondering about players collecting the ball inside their own goal box form goal kicks, here’s the note from U.S. Soccer:

U.S. Soccer requested and received approval from the International Football Association Board (IFAB) to implement three changes to the Laws of the Game during the tournament.

The 133rd AGM of the IFAB will be held in Aberdeen, Scotland on March 2, 2019. At this event it is very likely that the following changes (as well as additional changes that are being proposed for ratification) will be approved to the Laws of the Game for 2019/20 and be ratified:

Defensive blunders spoil strong USWNT performance vs Japan
Alex Morgan, one goal from 100, is a more complete forward than ever