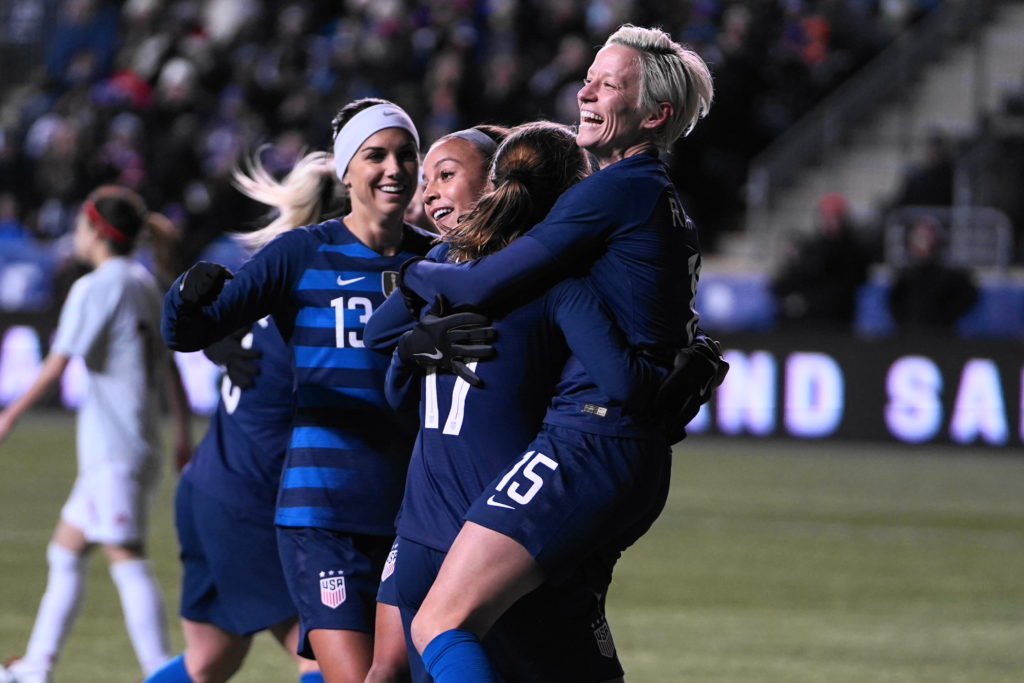 United States women’s national team head coach Jill Ellis’ primary lineup question heading into the 2019 SheBelieves Cup centered around how she would replace Lindsey Horan. Sam Mewis seemed like the obvious answer. Perhaps McCall Zerboni, who recently returned from an injury of her own.

Mallory Pugh was not at all an obvious choice. That’s because Rose Lavelle has very clearly emerged as Ellis’ preferred No. 10, and Pugh has played almost exclusively as a winger for the United States. Pugh in a central midfield role is a relatively new concept as is. Pugh alongside Lavelle, in a three-player midfield? There’s technical skill aplenty, but that puts even more pressure on defensive midfielder Julie Ertz to clean up absolutely everything in front of the back four.

Pugh for Horan was a one-for-one swap, but it is hardly a like-for-like swap. And Wednesday’s 2-2 draw between the United States and Japan once again reminded us of a reality that has hovered around this U.S. team, even despite its impressive, unbeaten 2018 calendar year: this is an attack-first team which sometimes sacrifices defensive cover for that identity.